On Sunday 8 November 2020 at 11:00 (local time), the very first ball will be hit at the #RESTART series when the Dishang 2020 ITTF Women’s World Cup gets underway. The event will see 21 of the world’s best women’s players battle it out for top honours between 8 – 10 November at the Weihai Nanhai Olympic Center.

Conducted on Saturday 7 November, the group-stage draw saw 13 players, seeded 9th through to 21st, find out their opponents for the first day of action and who they need to beat to progress to the main draw. 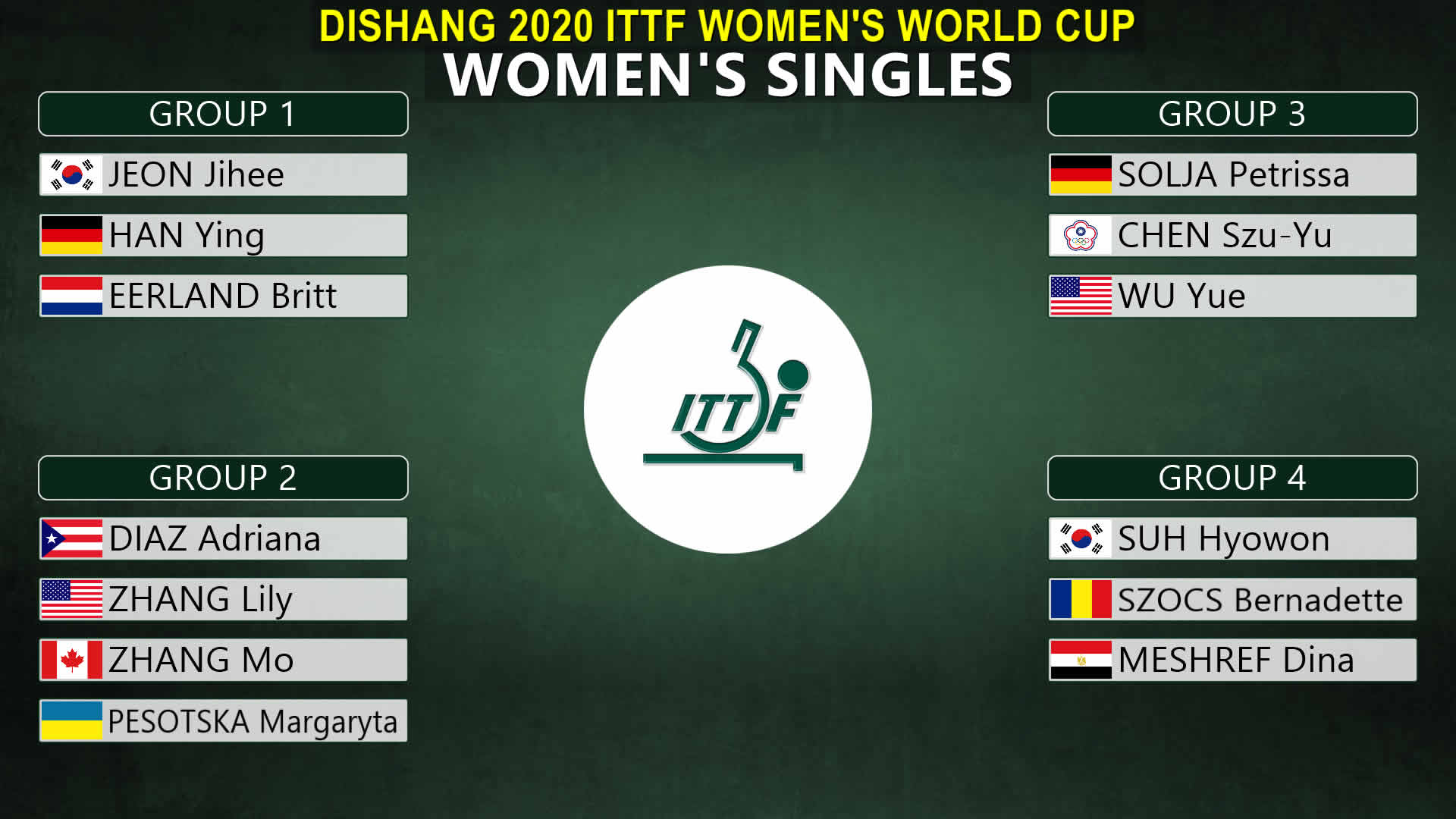 Making her second appearance at the World Cup, Korea Republic’s Jeon Jihee has been placed in Group 1 alongside two European hopefuls in Germany’s Han Ying and Britt Eerland of the Netherlands.

A sense of mystery surrounding the group, this will mark only the second time Jeon and Han have done battle and the Korean’s first meeting with Eerland, who is set to make her debut at the event. Plenty of water has flown under the bridge since the two Europeans in the group last faced one another as well so plenty to watch out for.

The second of the four groups is very much a showcase of Pan American talent with three of the four positions occupied by players from the region.

Canada’s Zhang Mo, Puerto Rico’s Adriana Diaz and United States’ Lily Zhang, who defied the odds to reach the semi-finals last year in Chengdu, all know each other well with the latter two going head-to-head in group action for the second year running. The trio are joined by two-time European Championships runner up Margaryta Pesotska.

Further Pan American representation can be seen in Group 3 as United States’ Wu Yue prepares to take to the table against two of the sport’s finest in Germany’s Petrissa Solja and Chinese Taipei’s Chen Szu-Yu.

Crowned ITTF Europe Top 16 Cup champion earlier in the year, Solja is a player with confidence on her side, along with World Cup pedigree having reached the podium in 2015. The draw sees Solja and Chen stand opposite one another once again, having met in the group stage of the 2019 ITTF Women’s World Cup. Wu will also have high hopes of progressing following her top 16 finish last year.

Two years on from a personal best quarter-finals finish at the event, defensive specialist Suh’s first aim in Weihai is to negotiate a tricky group with both rivals qualifying for the main draw last year in Chengdu. Appearing at her eighth ITTF Women’s World Cup, Meshref is set to share the stage with Suh for the first time while the Egyptian hasn’t faced Szocs since her junior days in 2011!