A true gentleman, a fine human being and probably the fittest athlete of his era - the world has lost a gem in George Braithwaite of the United States. He passed away on Tuesday 28th October. 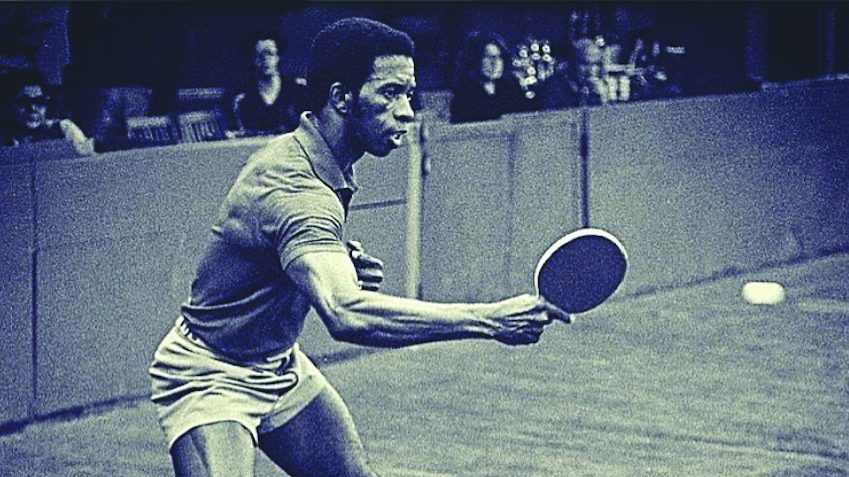 Born in Guyana and having moved to the USA, George Braithwaite departed the world a true legend at the age of 86. Formerly a track athlete having won multiple 100 metre races regionally, it was his effortless athleticism around a table and with a racket in hand that won him his fans.

Having emigrated from Guyana, Braithwaite initially took a job at the United Nations as a statistics clerk where he joined the UN Table Tennis Club in 1965. It was a poignant moment for Braithwaite as his life would later come full circle; the sport would lead him to diplomacy itself.

Braithwaite’s true legacy was beyond the sport of table tennis. He played an instrumental role in what was then called ‘Ping Pong Democracy’; it landed him and his colleagues on the cover of the Time Magazine. On the cover, he was seen touring China and the Great Wall with the original Ping Pong Diplomacy group, where he found himself thrust into a leadership role.

This led to him being known as the “Chief” of table tennis. Braithwaite wore this tag with pride, and always made sure he was in top shape physically.

As a table tennis athlete, he started as a defender using short pimples which were widely favoured by all Chinese in that era. However, he used smooth reversed rubber and employed the top spin play which was fast gaining popularity.

Braithwaite soon changed to smooth rubber and completely changed his approach of the game, becoming a devastating attacker. This was seen when he played Liang Geliang at a special exhibition match in 1971 with George H.W. Bush watching, who was then UN Ambassador, and about to be the future President of the United States of America.

Two years on, in 1989, George Braithwaite was inducted into the U.S. Table Tennis Hall of Fame for his consistent marksmanship as well as sportsman spirit which was evident in the way he carried himself when away from the table.

At the special occasion of the 25 year anniversary of the Ping Pong Diplomacy in 1996, he met Henry Kissinger, then US Secretary of State, to mark the occasion and organised a “Friendship First, Competition Second” series of exhibition matches. It was a grandly popular event, with the ITTF President at the time, Xu Yingsheng, in attendance.

It is with great grief that everyone at ITTF, on behalf of the table tennis community at large, express their farewell to a legend like George Braithwaite. We also wish to offer condolences to George’s family at this difficult time.

History will never forget the Chief of table tennis.