Only 12 years old, being the first African to be ranked number one in the world in the under 15 age group, Hana Goda continues to attract the headlines.

On Thursday 17th September at an elaborate but short ceremony, hosted by the Swedish Embassy in Cairo and organised in conjunction with their Canadian counterparts, she was listed among the 10 inspirational Egyptian women change-makers for her success in the sport of table tennis. 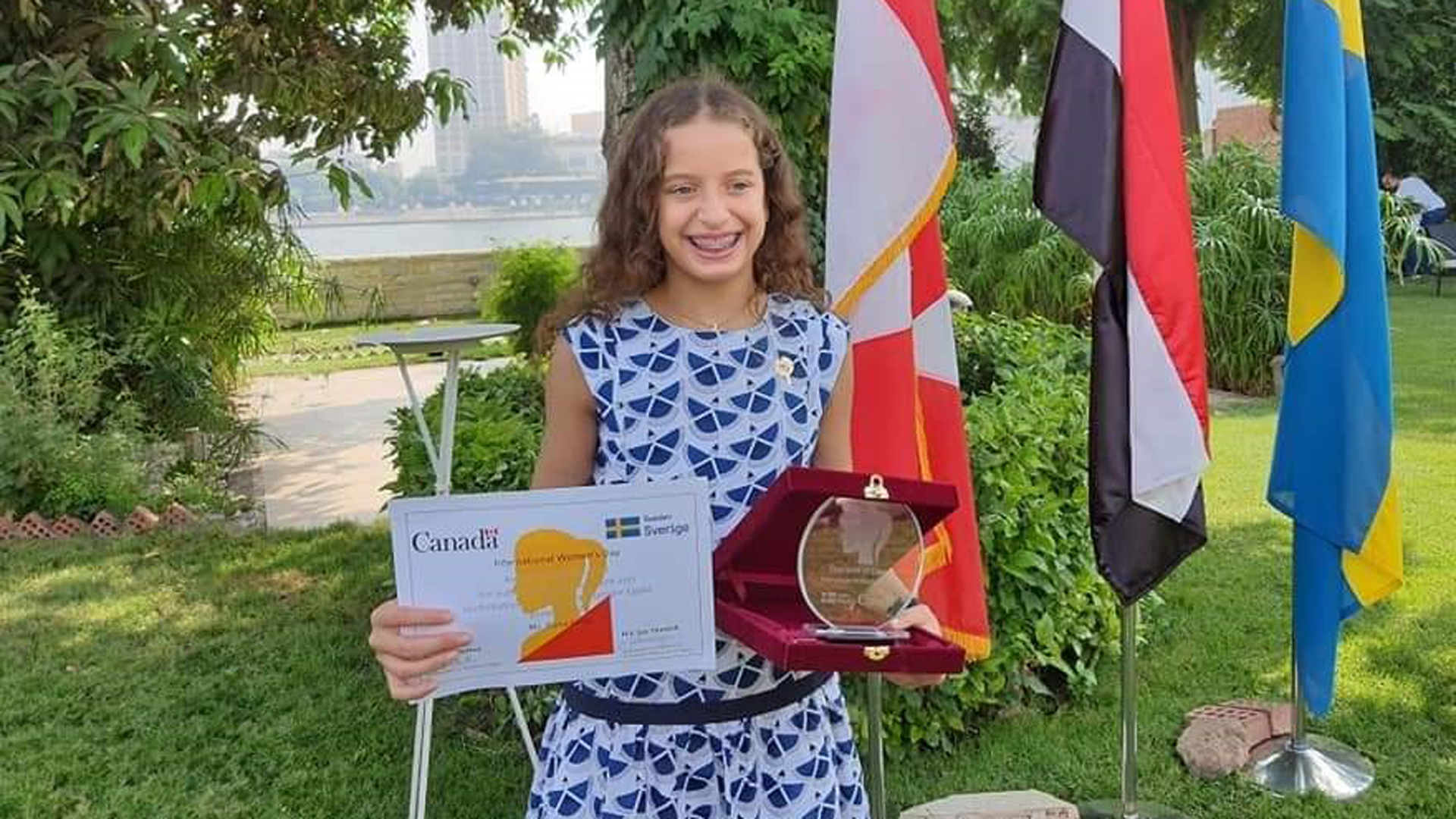 According to the Swedish Embassy, the event was organised to celebrate the incredible efforts to create a more gender equitable and inclusive society. It was originally scheduled to take place on the occasion of International Women’s Day last March but had to be postponed due to COVID-19.

Hana Goda was the youngest awardee and the only sports person.

“A rising star, a world champion in the world of table tennis, Hana Goda you are a role model to Egyptian girls and I should also say for Egyptian boys too.

Egypt’s young and dynamic population is the natural source on which this great country’s future will be built. Today, we are recognizing the efforts of some notable role models who are advancing the status of Egyptian women by their great work.  We are encouraged to see more and more Egyptian women assuming leadership positions shaping the future of their country and impacting policy-making, business and society.” His Excellency Jan Thesleff

“During the Covid-19 lockdown, I continued to train to sustain my performance level and to remain number one. I would like to send a message to boys and girls of my age that they should focus on their goal, vision it and put in an effort to achieve it.” Hana Goda

Equally, Dr. Niveen Al-Kabbag, Egypt’s Minister of Social Solidarity, who was also among the recipients, echoed the views of Hana Goda.

“To every woman, to every girl out there…you are a source of inspiration; you can conquer any challenge…. Don’t let anyone set a limit to your dreams, dream big and fiercely and achieve beyond expectations, because you can! May you always stay strong, determined and full of love, life and success.” Dr. Niveen Al-Kabbag

The response from His Excellency Jess Dutton was very similar, having monitored the progress made to promote gender equality in recent years.

“I have had the pleasure to witness Egypt’s strong will and determination to empower women and girls over the last three years.  Today, we recognize and celebrate both the journeys and visions of some of the committed women who have tirelessly worked to realize this will and determination, and in their own unique ways have made their communities and Egypt more gender-equitable, more peaceful, and more prosperous. Public-private partnerships are pivotal for sustaining change and we are proud of the Canadian-funded projects and our partners in Egypt who are leading the way in improving the skills and training of women, securing a better quality of life and fostering the future of a prosperous Egypt.” H.E. Mr. Jess Dutton

……….Dr. Lobna Helal, former Deputy Governor of the Central Bank of Egypt (CBE), who was named the second most powerful woman in the MENA (Middle East and North Africa), by Forbes magazine in 2016 – 2017

……….Amena Al-Saie, Chief Executive Officer of Helm Foundation which promotes the social inclusion for people with disabilities in Egypt

……….Dina Emam, an Egyptian-American producer who served as the Assistant Artistic Director for the 36th Cairo International Film Festival

……….Manal Youssef, Under Secretary and Head of the Central Department for Projects and Youth Training, Ministry of Youth and Sports.

……….Rania Ayman, the founder of Entreprenelle, a mission driven enterprise that impacts more than 50,000 women

Inner Spin - from Lockdown to #RESTART!