The best athletes in the world sometime fall short of the greatest achievements; it is barely believable given their record in other competitions.

We take a look at the top ten female table tennis players who have surprisingly never stepped on the women's singles Olympic Games podium.

Fourth place in Seoul in 1988, later the last 16 in 1992 in Barcelona; Marie Hrachova represented the country formerly known as Czechoslovakia. Strong attacking play but it was not enough for the 1985 World Championships mixed doubles silver medallist to gain a podium place.

Having represented Singapore at four consecutive Olympic Games between 2000 and 2012, it comes as no surprise that Li Jiawei won two medals – silver and bronze – in the team events in Beijing and London. Prior to those successes at the 2004 tournament in Athens – and again in Beijing four years later – Li missed out on the women’s singles bronze medal. She lost the third place match to Korea Republic’s Kim Kyungah and China’s Guo Yue respectively. 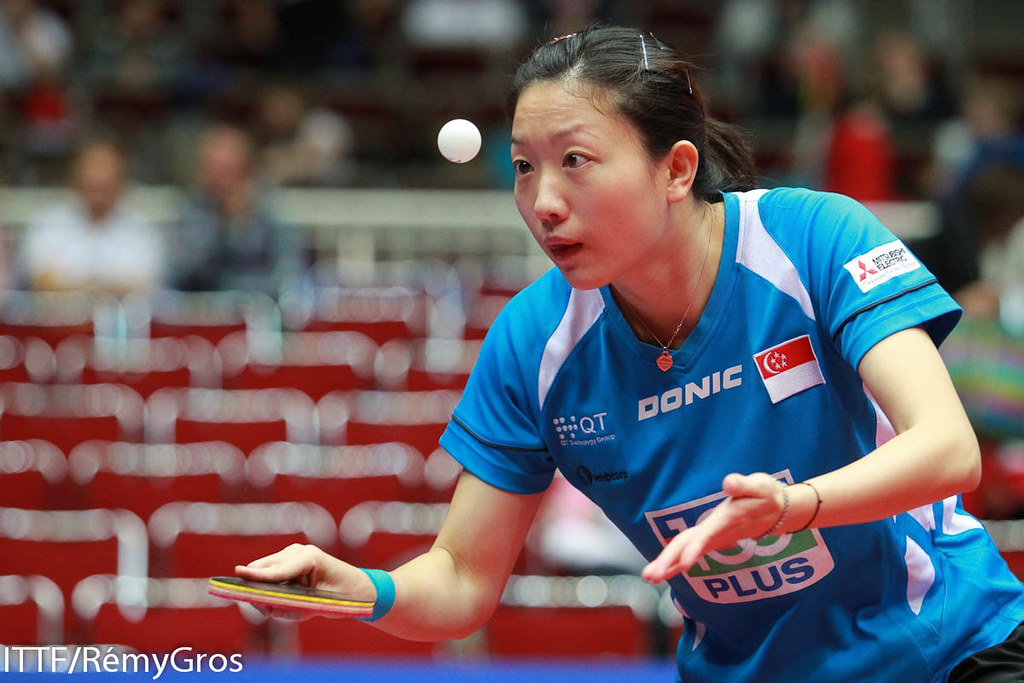 The first female table tennis player ever to compete five Olympic Games, being present from the inaugural event in 1988 in Seoul to 2004 in Athens, for Csilla Batorfi it was a major achievement. However for the player crowned European champion in 1986 in Prague, an Olympic Games medal proved elusive.

It is rare to imagine a Chinese athlete miss out on a women’s singles medal, given their dominance at the Olympic Games. For Niu Jianfeng regrettably, it just did not happen. After winning the 2003 ITTF World Tour Grand Finals – beating Zhang Yining in the final – the no.3 seed for the 2004 Olympic Games in Athens was beaten in round four by DPR Korea’s Kim Hyang Mi. Later Niu did manage to secure women’s doubles bronze with Guo Yue. Zhang Yining beat Kim Hyang Mi in the women’s singles final.

World ranked no.2 in 2002, the Croatian Tamara Boroš remains one of the most decorated players from Eastern Europe. She secured bronze at the 2003 World Championships in Paris, becoming the first European to claim such a medal at the event or ten years. Despite all her successes in this time period, her four outings at Olympic Games (1996, 2000, 2004, 2008) were to emerge short of a medal.

The first female table tennis player to represent Singapore at the Olympic Games, Jing Junhong has always had a strong history in the competition. Making her debut in 1996 at Atlanta, she managed to reach the final 16 but lost to the then world no.2, Qiao Hong from China. Having given birth just before her next appearance at the 2000 event in Sydney, her fourth place finish was highly impressive. Sadly, she could not better herself in her final outing at the Olympic Games in 2004 at Athens.

A bronze medallist at the 1993 World Championships, Otilia Bădescu was the pride of Romanian table tennis during her active years of 1986 to 2005. Representing her country four times at the Olympic Games – 1992, 1996, 2000 and 2004 – the 2003 European champion in Courmayeur could not find a way to secure the podium many thought she truly deserved.

A member of the notable list of athletes who experienced defeat in the bronze medal match at an Olympic Games, China’s Liu Wei makes an appearance after she lost out to her Chinese compatriot Qiao Hong in 1996. The reverse came after she had secured the silver medal the same week, in the women’s doubles event partnering Qiao Yunping. It was her only participation at the Olympic Games.

Currently Japan’s leading lady, there is a definite target for Kasumi Ishikawa. Having come ever so close at the London 2012 Olympic Games when she was defeated by Singapore’s Feng Tianwei in the bronze medal match, Kasumi Ishikawa will be looking towards 2021 with a renewed determination. A silver and bronze medallist at the team events in 2012 and 2016, this will be her third chance for a women’s singles Olympic medal.

Recently retired, Ai Fukuhara was an invaluable member of the Japanese team that won silver in London and bronze in Rio de Janeiro. Alas, in the women’s singles event she came so near yet so far. In the Brazilian city in 2016, she was beaten in the bronze medal match by DPR Korea’s Kim Song I. Commencing in 2004; Ai Fukuhara competed in four consecutive Olympic Games.