Marcos Freitas, his mother, a pillar of strength passes away

Marcos Freitas has witnessed both success and disappointment, it is the life of a professional athlete; throughout he has had his two pillars of strength, his mother and his father.

Sadly one of those pillars, Maria Helena Freitas, passed away on Sunday 21st June. 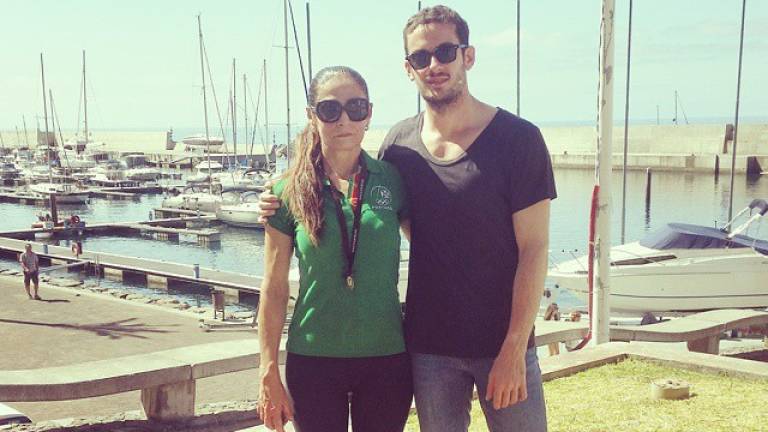 For any athlete, the starting point of their career is when they are first introduced to the sport, they are motivated, they want more; for Marcos Freitas, it was no different.

The Portuguese started to play when eight years of age, his parents being pivotal to the love he has for table tennis as a whole. It was this positive influence which pushed Freitas to pursue his dream and to proudly represent his country on the grandest of stages.

“She was one of the two main pillars in my career, the other being my father. I inherited from her the will and ambition to win and to be the best. When I was young she would almost always watch my games, when I played abroad she would watch the games at any time, even when there was a lot of time difference. I remember her promising an ice cream in case I won; this was when I was from eight to to 12 years old.” Marcos Freitas

Maria Helena Freitas died of a rare and aggressive cancer, diagnosed when Freitas was in voluntary COVID-19 quarantine in Funchal following his return from the ITTF Challenge tournament in Oman.

“From that day forward, it was always a constant and difficult fight. I would like to take the opportunity to thank the doctors, nurses and assistants at the Dr. Nélio Mendonça Hospital who helped my mother and especially Dr. Mónica Sousa for her professionalism and the attention she gave her” Marcos Freitas

Freitas, who has since stayed in Madeira to minimize any exposure, has learnt from his mother – who was also an athletics practitioner – just how important it is to be safe than sorry.

He admitted, his strength came from his mother’s will and ambition. It has been seen so often in the most difficult matches he has played, whether it was at 2019 European Games in Minsk or the 2020 ITTF World Team Qualification Tournament in Gondomar. All those moments, are a testament to his upbringing.

Everyone at ITTF offers their condolences to Marcos Freitas and his family.