Off to a slow start but it’s China that once again comes away with the women’s team title on the World Team Championship stage, prevailing 3-1 over Japan.

What a cracking tie we’ve just been treated to here in Halmstad with Germany edging past Korea Republic in an epic men’s team semi-final.

Successful in the women’s team draw, China has replicated the feat in the men’s team event with a 3-1 victory over Germany in the Japanese capital.

It was a superb win for Team China in the women’s team final against Team Japan, as they completed a 3-0 overall victory.

Zhang makes a stunning recovery for the win! (2009 Yokohoma)

The ghosts of 2007 seemed to have caught up with Guo as Zhang just turned the dial up in terms of intensity from the third game on. There was a barrage of forehands coming Guo’s way and it was not long before Zhang equalized the scores and then took the lead, and the gold, for good.

Guo looks in the mood to avenge her defeat the last time these two met in a World Championship final and Zhang will have to really do something special to avoid that fate.

In a battle of the two Wangs here at the 2009 World Table Tennis Championships in Yokohoma, it was to be cagey final match for the gold medal – or so we thought.

Wang Hao beat his Chinese compatriot – and three time World Champion – Wang Liqin in straight games (11-9, 13-11, 11-5, 11-9), to be crowned World Champion for the first time. This came after a very strong start by Wang Hao, who simply was in top gear while it looked like Wang Liqin never took off.

As Hao Shuai sent a service forward, Maze returned to the forehand, but Hao rushed and made an error trying to finish the point quickly with a forehand top spin. As the next point proved with a long rally, Maze was never really out of this after all. Using his lobbing from the backhand technique, he returned using a small amount of sidespin. This continued as Maze served, Hao returned to the forehand, Maze played a forehand top spin but as he tried to recover he slipped, he fell on his backside. Maze returned the ball with his backhand, but again Hao missed again. The rest that followed, is now certainly famed history for everyone in this arena!

Welcome back to the 2005 World Table Tennis Championships here in Shanghai! It has been a cracker of day but certainly not a happy one so far for Micheal Maze, who finds himself three games down, facing China’s Hao Shuai.

Winning the first three games 11-5, 11-8 and 11-7, Hao has shown no signs of slowing down and this could very well end quickly for Maze. Is there anything the Dane can do?

What a tournament this has been for Jan-Ove Waldner! The Swedish athlete has completed perhaps the most historic campaign at a World Championships, here in Manchester.

After seeing off Belarusian star Vladimir Samsonov in straight games (21-12, 21-17, 21-13), Waldner has gone the entire tournament without a single loss of a game! This is a feat for the ages, and the Swede has certainly earned himself the ‘Legend’ status in table tennis!

The Chinese superstar has shown her class in an effortless win over Li Bun Hui from DPR Korea, without losing a single game! 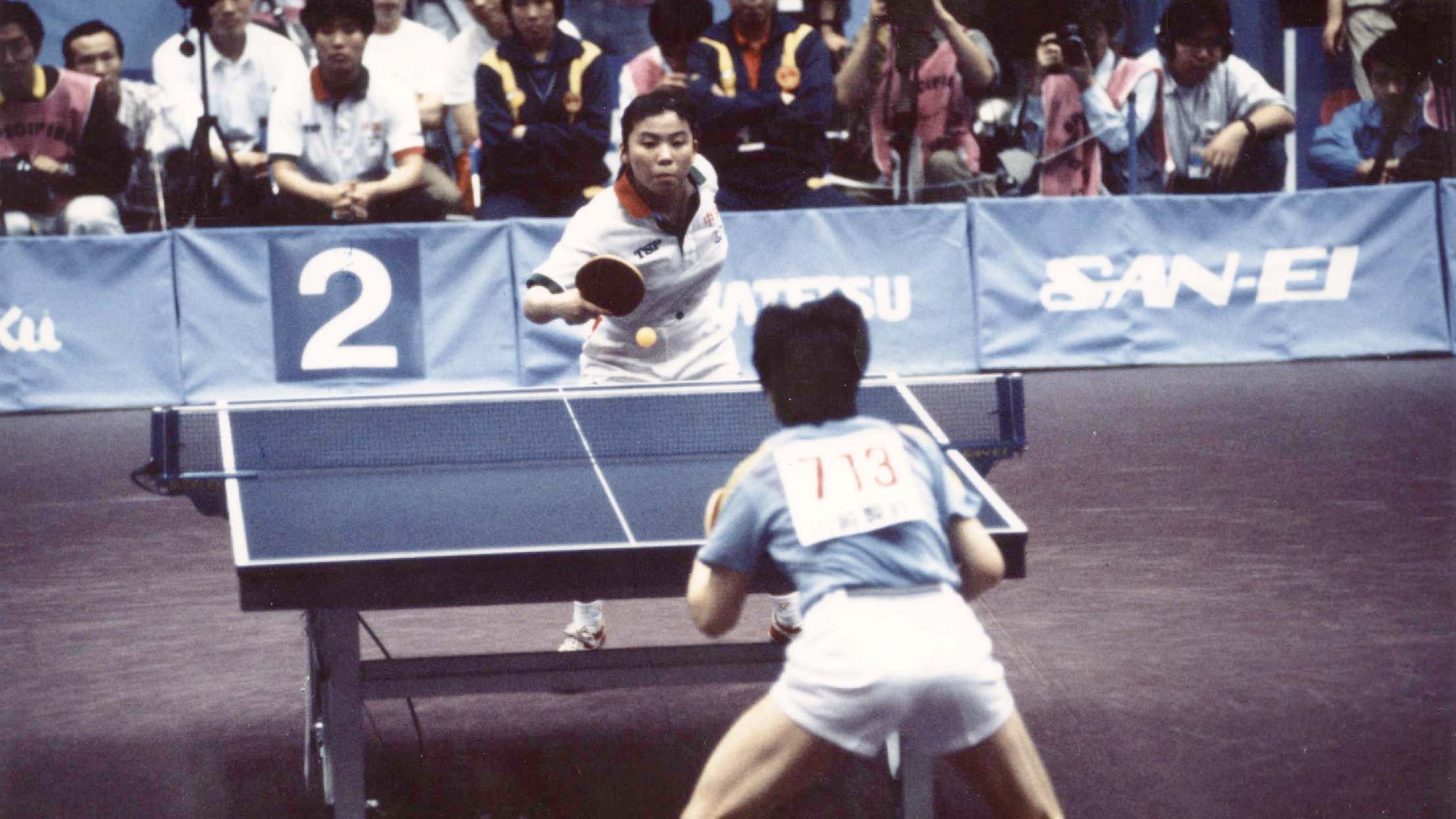