Grand Smashes – everything you need to know!

When World Table Tennis (WTT) arrives in 2021, the best players on the planet will be going for glory at the Grand Smashes. Here’s a look at what athletes, fans, host cities and sponsors can look forward to! 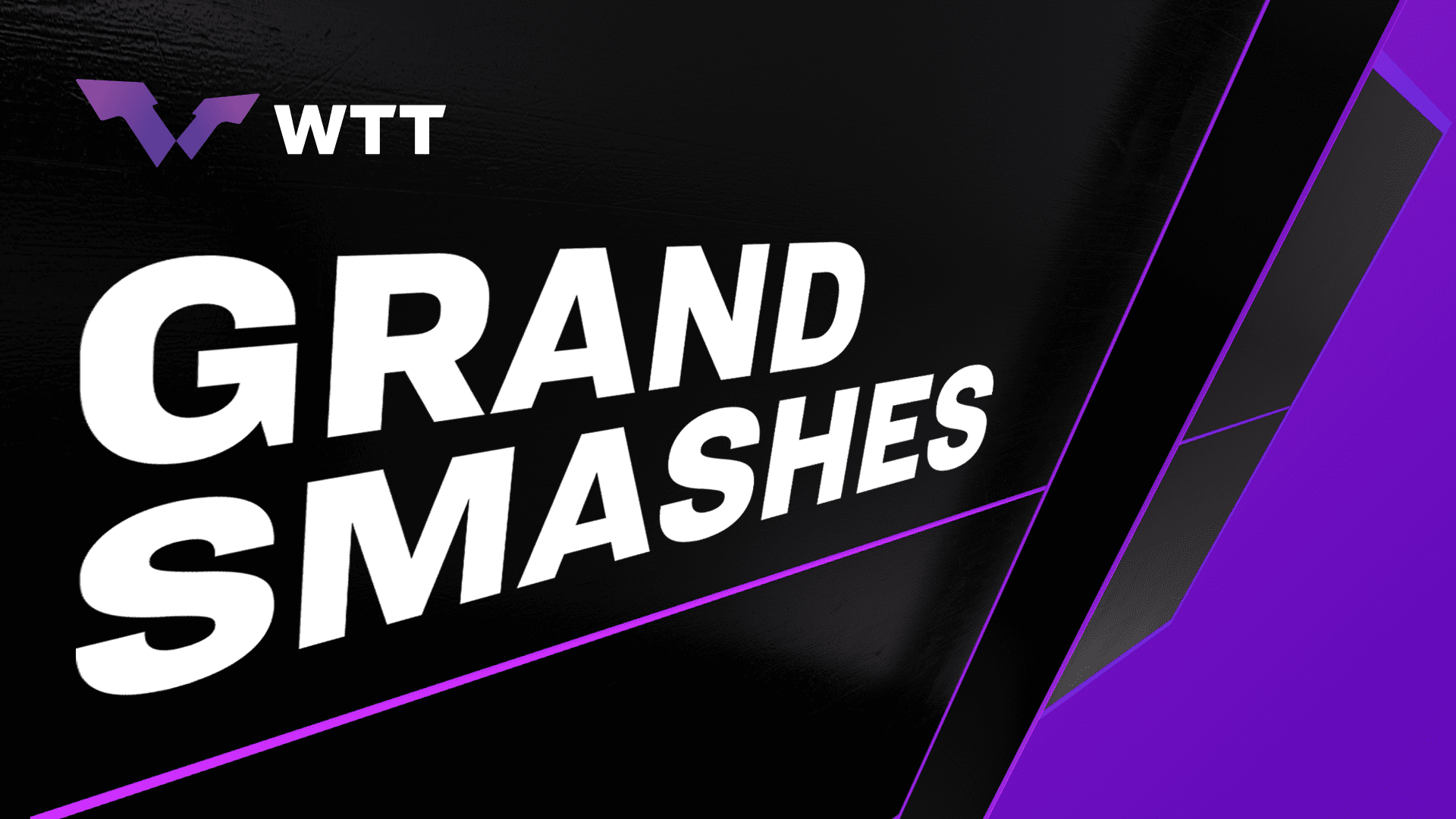 Think Wimbledon for tennis or the Masters for golf. Two of the most prestigious “Grand Slam” events in the annual sporting calendar, known all around the world.

From 2021, there will be another sport running its own blockbuster event series, only with a slight twist in the wording. We are indeed talking about the “Grand Smashes” – the ultimate stage that will propel table tennis to exciting new heights alongside the launch of WTT, the new commercial vehicle of the ITTF, which is revolutionising the sport’s event structure.

The pinnacle for players

There will be four Grand Smash events per year and, once fixed, these will be the most important dates to enter your diary! That is because the Grand Smashes sit at the very pinnacle of professional table tennis within the brand new WTT event structure that will set the sport alight from 2021.

These events will feature both a men’s and women’s singles draw, with more players earning direct entry, fewer seeded players and less players coming from a smaller qualifying draw in order to create excitement and drama right from Day One. Doubles and Mixed doubles competitions will come together to create a table tennis feast that will see players entertain and thrill crowds like never before.

Each Grand Smash will offer the highest prize money in table tennis and this significant increase marks a turning point for athletes wanting to forge a pathway through the world of professional table tennis. This game-changing moment in history will allow athletes to generate a higher proportion of their annual income through the WTT events.

The Grand Smashes will become the marquee events that all players will want to play and win. With valuable world ranking points on offer, succeeding in these events may prove pivotal in shaping a player’s season as they try to qualify for the season-ending WTT Cup Finals.

The WTT era will thrust table tennis in front of the cameras and into the media spotlight more than ever before, and the Grand Smashes are undeniably at centre-stage.

Over one billion TV viewers tuned in to watch ITTF events in 2019 and this figure is projected for a dramatic increase when WTT gets under way thanks to a more extensive global TV distribution, world-class TV production managed by WTT and a more attractive product for fans and broadcasters that will tell the WTT season story.

The longer Grand Smash events will allow more time to nurture a meaningful narrative in the media, far easier for the fans to follow and digest, and allowing better scheduling for the players to be at their best on the biggest stage whilst building their own personality and profile to become household names.

With increased media and broadcast coverage, WTT will open up more exciting opportunities for sponsors wanting to associate themselves with the events and indeed the star athletes taking part!

Host cities in the spotlight

Grand Smashes, and WTT events in general, will bring extensive benefits to a host city, region and country. From tangible financial and economic impacts, through increased hotel bed nights and associated spending, to destination marketing, sport tourism, health and increased levels of community engagement and social pride through volunteering, participating and spectating.

The desire for the Grand Smashes is to have brand new, purpose-built venues to provide a long-term home for these marquee events so that every year the city is taken over by a table tennis festival to inspire people, young and old, to get involved in the sport.

Community activation is a crucial element of the Grand Smash events in order to nurture an ever-growing table tennis fanbase in the host cities, and in 2021 WTT will be rolling out a new fan engagement programme to bring the players, fans, sponsors and broadcasters closer together than ever before.

An opportunity to watch, play and be entertained, WTT will develop the Grand Smashes so that host cities also become the iconic pillars of the sport, known and recognised around the world.

Many major, globally recognised cities have bid to host the Grand Smashes and other WTT Series events from 2021 and host cities will be announced later this year. If you are interested in staging a WTT event, please email [email protected].

Excited? Click here to read more about how WTT and the Grand Smashes will revolutionise the sport of table tennis!