Ready to re-live the best of Japan, Hong Kong and China Opens?

The next four weeks would have seen the ITTF World Tour Japan, Hong Kong and China Opens take place. With the events postponed due to the COVID-19 pandemic, fans will be treated to the very best classic matches from each event replayed in full on the ITTF's Facebook and YouTube channels, daily at 12:00 GMT!

Fans can also enjoy free access to the entirety of archive matches on itTV, whenever and wherever! 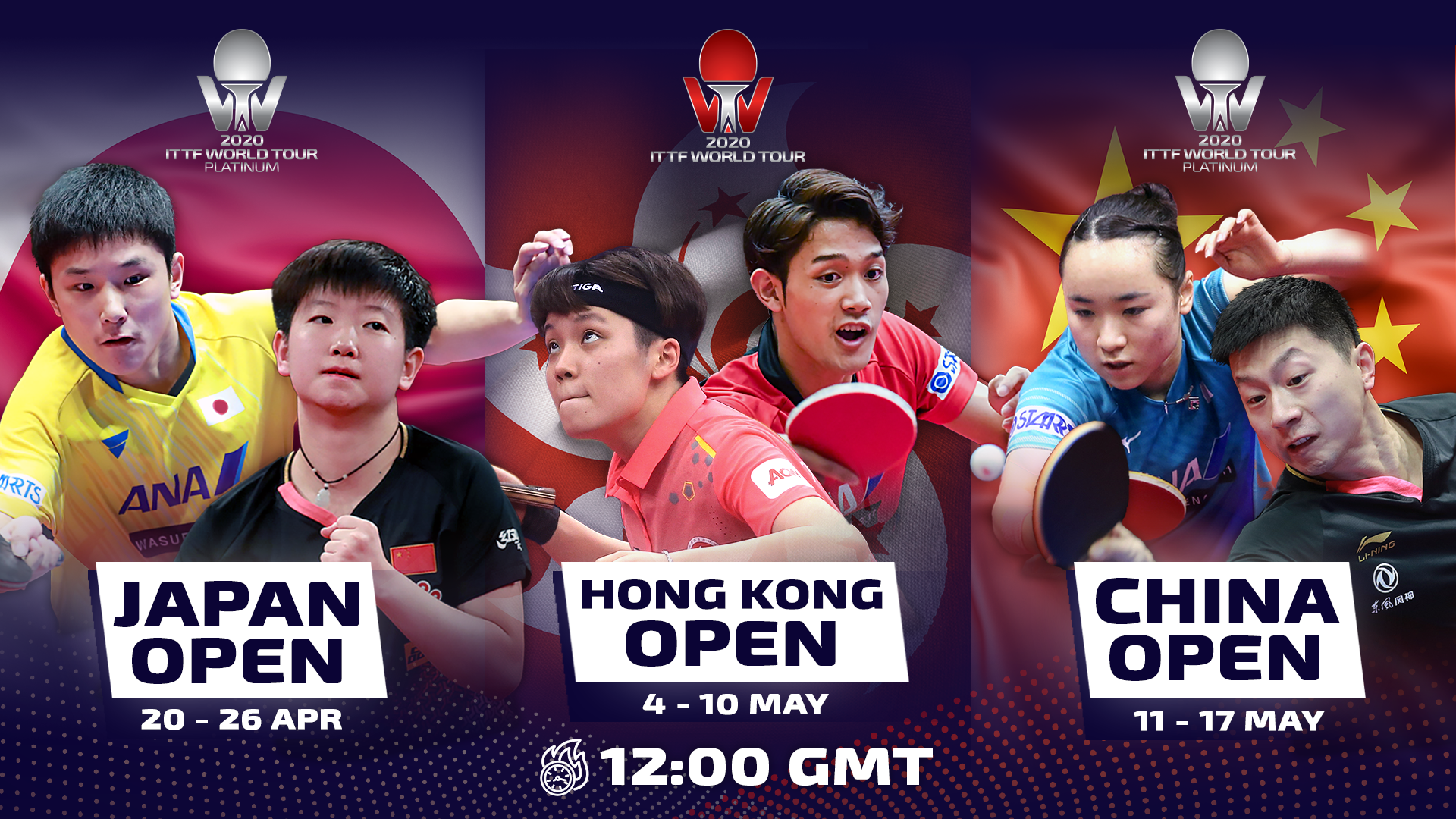 This year’s Japan, Hong Kong and China Opens had to be postponed, but during exactly the same weeks that the events would have taken place, fans can enjoy match after thrilling match from previous editions of the three tournaments over the next month!

Entire matches, filled with raw excitement and pure table tennis drama, will be replayed on the ITTF’s Facebook and YouTube channels from 12:00 GMT on the following days:

Excited?! Here’s what’s in store for the first week from Japan:

It’s intensity at its highest as Singapore’s Feng Tianwei crosses swords with the home crowd favourite, Kasumi Ishikawa. Will the veteran Feng find a way past the Japanese superstar?

The moment of truth for Japanese wonder-kid, Tomokazu Harimoto? The teenager takes on “The Dragon” himself, Ma Long. Ready for sparks to fly?

The Land of the Rising Sun was up in full voice on the day of this final when home star Mima Ito went up against China’s Wang Manyu. Who will take the gold?

Travel back in time to over a decade ago when Korea Republic’s Oh Sangeun took on Germany’s Patrick Baum in a final made for the ages!

What happens when the student meets the master? Watch teenage prodigy Sun Yingsha go up against the current world no. 1 Chen Meng, as the two Chinese athletes wow fans in this thriller finale!

Start your weekend with a true classic that rocked the table tennis fraternity! Japanese youngster Tomokazu Harimoto faces the legendary Zhang Jike from China – what could happen?

Finally, hold on to your hats by re-living last year’s epic conclusion to the Japan Open when China’s Xu Xin found himself opposite an in-form Lin Yun-Ju from Chinese Taipei. It’s the Cloudwalker versus the Golden Hand!

Don’t forget you can watch a whole series of classic matches completely free at itTV! With no geographical restrictions and access to all matches since 2010, it’s your one stop for everything that’s table tennis!

Also there’s extra exclusive content available like Pongcasts, DHS Top 10 points, Inside My Mind series, etc. Enjoy your fill of table tennis action and reaction while you stay at home to save lives!