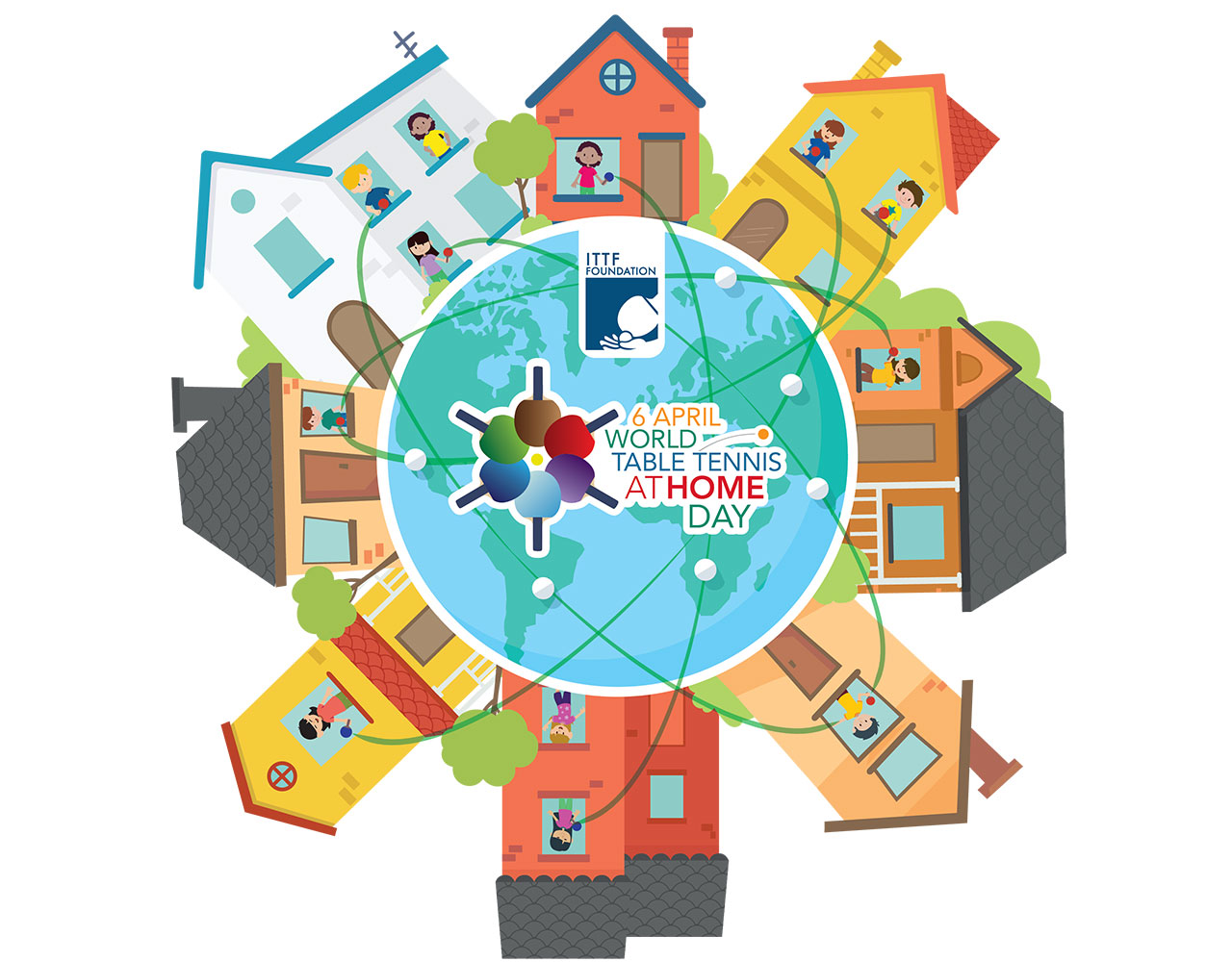 World Table Tennis Day, the annual celebration of the sport taking place every 6th April, as organised by the ITTF Foundation and supported by the ITTF, traditionally sees a full programme of social gatherings, casual table tennis activities and charity events taking place across the globe.

While the COVID-19 pandemic prevented physical activities from happening this year, it provided an opportunity to celebrate like never before. Physically distanced, but socially united, fans were fully engaged across the digital and social media channels of the ITTF and ITTF Foundation for 2020 World Table Tennis At Home Day!

The longest rally in the world!

A grand total of 293 shots by 293 different people! Fans, players and legends all played their part to create history and contribute to the longest table tennis rally ever!

From the moment Ma Long serves, the video shows a series of shots filmed and sent in by our followers. We asked for creativity and that’s exactly what we got, with random household objects, eye-catching trickshots and many more fun ways of returning the ball right up until Zhang Jike’s iconic parting shot!

Thanks to everyone for getting involved and bringing a smile to our faces! 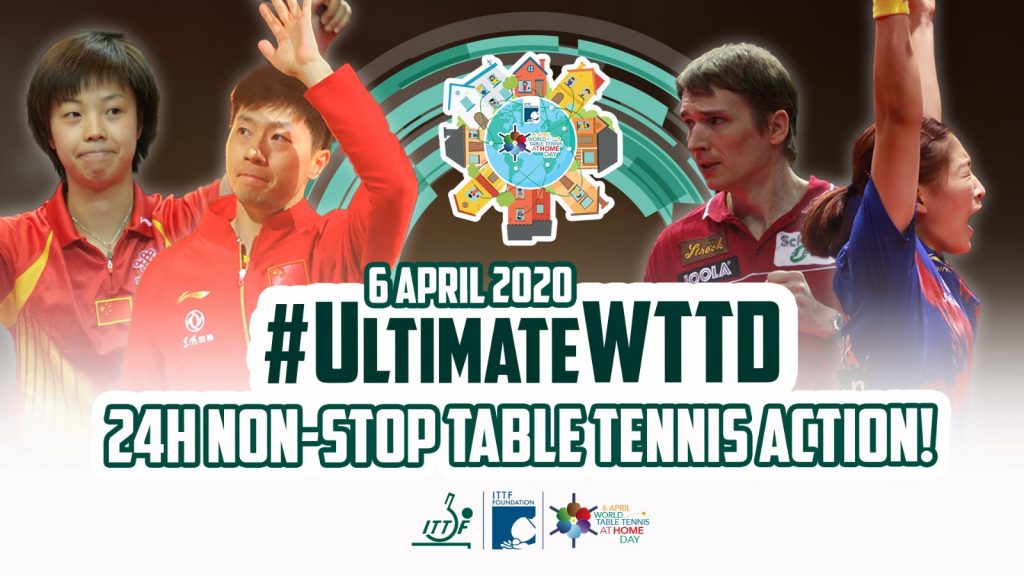 Fans have had their eyes glued to the ITTF’s digital channels on 6th April 2020, with 24 hours of wall-to-wall table tennis playing since 00:00 GMT+8 on the ITTF’s Facebook, YouTube and Weibo channels, as well as on Zhibo.TV, the ITTF’s streaming partner in China.

That’s 24 hours of original, never seen before, archive footage, all in HD, taking you on a trip down memory lane to revisit a bucket list of classic, unforgettable matches from the past and many of the greatest legends to ever play the sport!

In between matches, special features were aired, ranging from sustainability projects run by the ITTF Foundation, the story of Ping Pong Diplomacy: United Korea, the Hugo Calderano feature film and more. Check out the full YouTube playlist for your viewing pleasure!

That’s not all! To get in the festive spirit, fans have been challenged to find hidden “Easter eggs” appearing on screen at certain points of the 24-hour programme. These are no ordinary Easter eggs, but special-made, original “stickers” of four players, chosen for their iconic celebrations: Ma Long, Liu Shiwen, Hugo Calderano and Miu Hirano!

The idea is for fans to collect as many stickers as possible by sharing them on Instagram, tagging @ittfworld and using the hashtag #UltimateWTTD for a chance to enter the special prize draw! 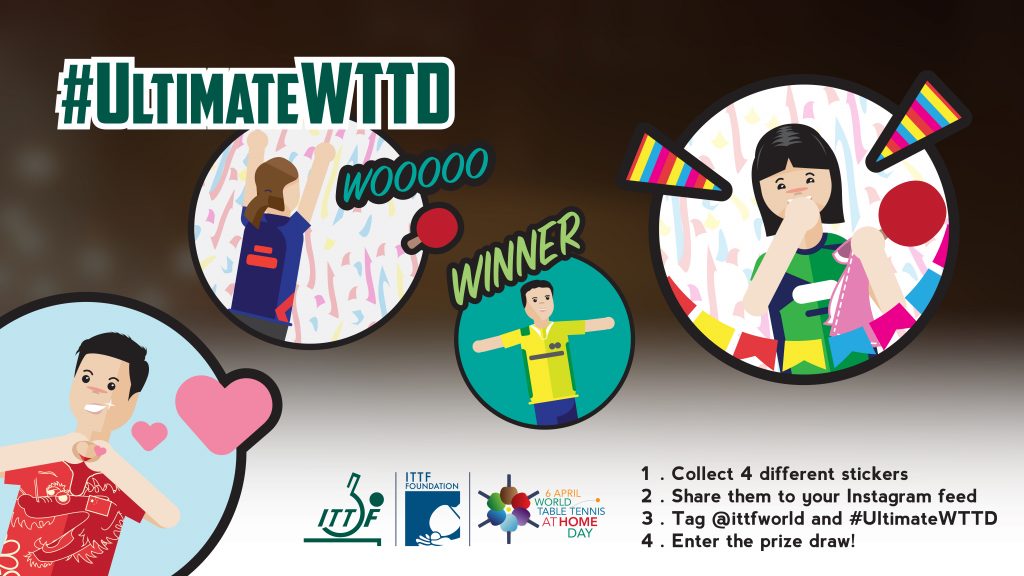 Sports events around the world may be suspended at present, but the ITTF is continuing to entertain its growing fan base on social media, which has now surpassed the four million milestone!

Despite difficult times, the ITTF is galvanising table tennis fans and new followers from across the globe to stay active and keep spirits high through a series of social media initiatives listed below… 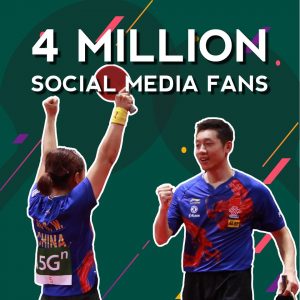 #SafeTableTennis – Fans have been making videos of how they are showing their passion for table tennis with anything and everything they can find, despite being quarantined at home! You can see all our posted videos on ITTF social media channels and send us your own.

#TrainLikeAPro – Home Edition: A fun spin-off of the ongoing #TrainLikeAPro series. Elite athletes and young aspiring players are filming themselves and sharing how they are staying fit and keeping their skills sharp while in isolation. Remember, just because you’re inside doesn’t mean you can’t train!

#BLOCKcovid19 – These videos focus on the creative methods adopted by players and fans to combat the virus and stay healthy in different day-to-day circumstances, presenting neat tips to promote good hygiene practices such as hand washing and physical distancing.

#ITTFSmashBack – Every week, fans are being treated to a series of classic matches from the past on the ITTF’s digital platforms. The initiative began with a bang in the last week of March, which saw the 2006 World Championships replayed with full matches on Facebook and highlights on YouTube, Instagram and Twitter. This kept fans entertained during the week that the Hana Bank 2020 World Team Table Tennis Championships would originally have been staged, but for the COVID-19 pandemic. Many more “Blast from the Past” matches will be replayed across the ITTF’s social media channels over the coming weeks.