The date is edging ever closer, the teams are known but how did they make their way to the Tokyo 2020 Olympic Games?

Play commences in the table tennis events in the Tokyo Metropolitan Gymnasium on Saturday 25th July. 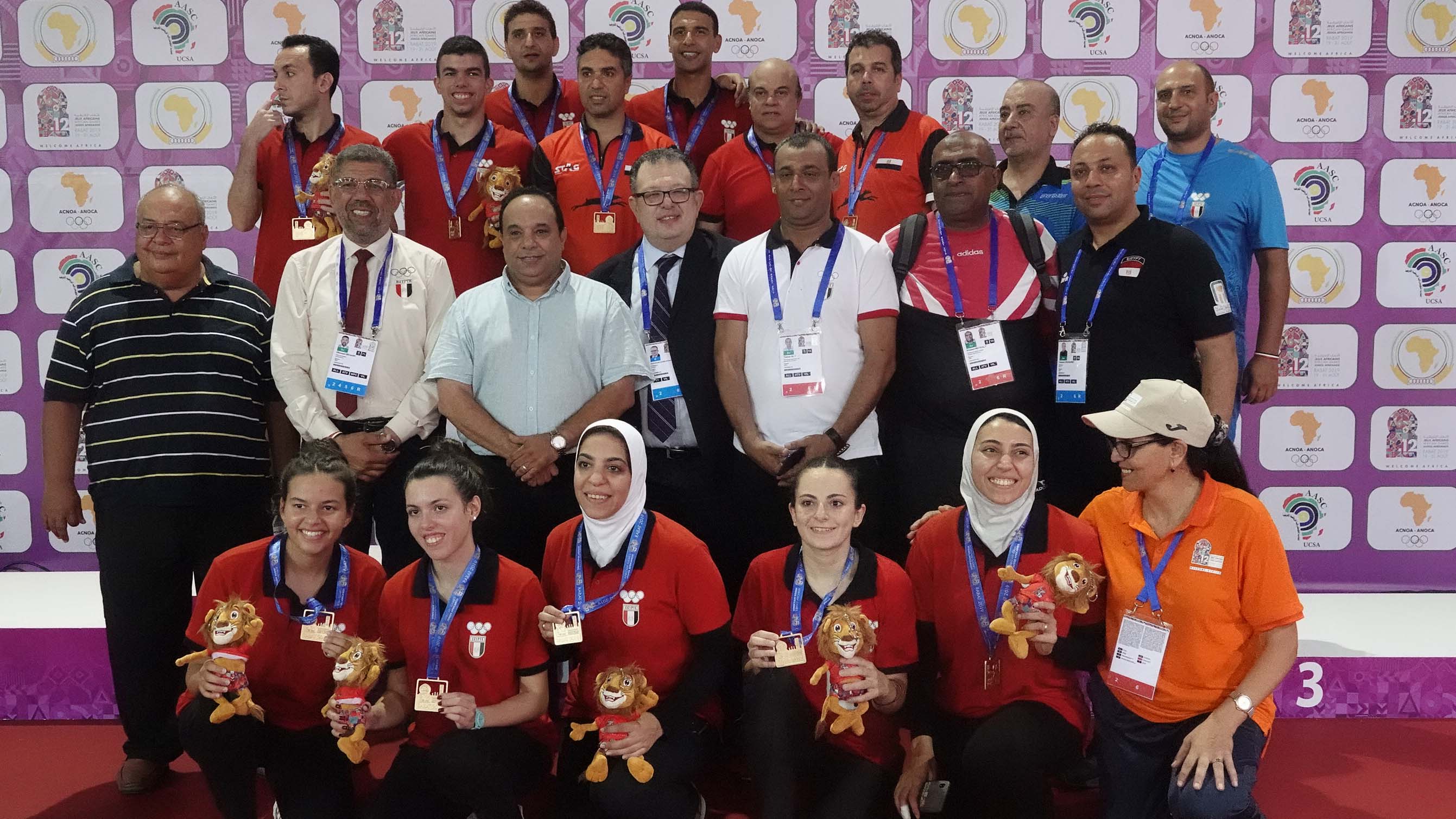 The one further place is allocated to the host nation Japan.

Represented by Dina Meshref, Yousra Helmy and Farah Abdel-Aziz, Egypt recorded a 3-2 win against Nigeria’s Cecilia Akpan, Offiong Edem and Olufunke Oshonaike to secure their Tokyo place. Star of the show was Dina Meshref, she remained unbeaten throughout.

Never in danger throughout the tournament; at the final hurdle selecting Chen Meng, Liu Shiwen and Sun Yingsha, the Chinese trio recorded a 3-0 win against the Japanese selection formed by Miu Hirano, Kasumi Ishikawa and Hitomi Sato.

Lining up alongside Han Ying and Shan Xiaona, Nina Mittelham replaced the unwell Petrissa Solja in the German team for the final against the Romanian trio comprising Daniela Monteiro-Dodean, Elizabeta Samara and Bernadette Szocs. A 3-0 result was the outcome.

An imposing display at the Oceania Team Qualification; Australia’s Michelle Bromley, Jian Fang Lay and Melissa Tapper recorded a 3-0 win against Fiji’s Carolyn Li, Grace Rosi Yee & Sally Yee. Australia has represented Oceania at the Olympic Games ever since the team events were introduced in 2008 in Beijing. It will be a sixth Olympic Games for Jian Fang Lay!

At the 2019 Latin America Team Qualification tournament, Brazil needed to be at their best to secure their places Tokyo 2020. Brazil represented by Bruna Takahashi, Caroline Kumahara and Jessica Yamada posted a 3-0 win against Puerto Rico’s Melanie Diaz, Adriana Diaz and Daniely Rios to secure their place in Tokyo.  It will be an eighth consecutive Olympic Games appearance for the coach, Hugo Hoyama.

Held in Rockford, Illinois, the United States were always favourites. Selecting Lily Zhang, Wu Yue and Liu Juan, they recorded a 3-0 win in the final against the Canadian outfit of Sophie Gauthier, Isabelle Xiong and Benita Zhou in the final.

Austria selecting Liu Jia, Liu Yuan and Sofia Polcanova were in imperious form, guiding their country to an appearance at the Tokyo 2020 Olympic Games. In the decisive contest against the Spanish outfit comprising Ana Garcia, Zhang Sofia-Xuan and Maria Xiao, they recorded a 3-1 win.

Poland maintained their record of having qualified for the women’s event at every Olympic Games since the competition was introduced in 2008 in Beijing. In the decisive contest they overcame the Ukraine squad of Margaryta Pesotska, Ganna Gaponova and Tetyana Bilenko. A 3-1 win was the order of the day. Natalia Partyka now qualifies for both the Olympic Games and Paralympic Games for an unprecedented fourth consecutive occasion.

One of the early teams to secure tickets to Tokyo in Gondomar was the DPR Korea outfit formed by Kim Song I, Kim Nam Hae and Cha Hyo Sim. They beat Korea Republic’s team of Choi Hyojoo, Suh Hyowon and Shin Yubin 3-1 in the crucial round.

Recording a 3-2 win over the Netherlands team of Britt Eerland, Li Jie and Li Jiao;  Feng Tianwei, Lin Ye and Yu Mengyu were the architects of the Tokyo reservation. Singapore has been ever present in the women’s team event at the Olympic Games. They were silver medallists in Beijing in 2008, bronze medallists in 2012 in London.

Beating the hosts is never easy; that is exactly what Hungary did against Portugal in Gondomar to successfully reach the Olympic Games. Despite being without their top player Georgina Pota, a star performance from Dora Madarasz followed by Maria Fazekas and Szandra Pergel against Shao Jieni, Luo Xue and Yu Fu meant a real upset was in order when they recorded the 3-1 win.

The the 2009 and 2012 European champions, Romania’s Elizabeta Samara and Daniela Dodean alongside Bernadette Szocs were made to dig deep by the Indian outfit made of Manika Batra, Ayhika Mukherjee and Sutirtha Mukherjee in Gondomar. Eventually, experience and class of the European squad persisted, as they won a five-match thriller 3-2 to achieve yet another showing at the Olympic Games in Tokyo.

Cheng I-Ching was the commander in chief of the campaign in Portugal for Team Chinese Taipei. Cheng Hsien-Tzu and Chen Szu-Yu were the supports acts in a 3-0 win against the French team comprising Stéphanie Leouillete, Marie Migot and Yuan Jia Nan

Hosts of the Olympic Games 2020, Japan will be looking to make the support of their fans count in more than one way. The women’s team comprises of the top elite athletes in the sport in the guise of Kasumi Ishikawa, Miu Hirano, Mima Ito, Saki Shibata amongst others. In London they were silver medallists, in Rio de Janeiro the colour was bronze.

Primorac Exclusive: How players are coping with pandemic

Don’t be fooled! 10 fun facts about the players…