Turn Of The Decade: Sun to keep rising to new heights?

In a flick of the fingers, two weeks of the new decade have gone by and it is time to look ahead at what's coming in table tennis.

China's teenagers have always been a serious force on the international stage, but the ever impressive journey of Sun Yingsha is one to chart for the next 10 years. 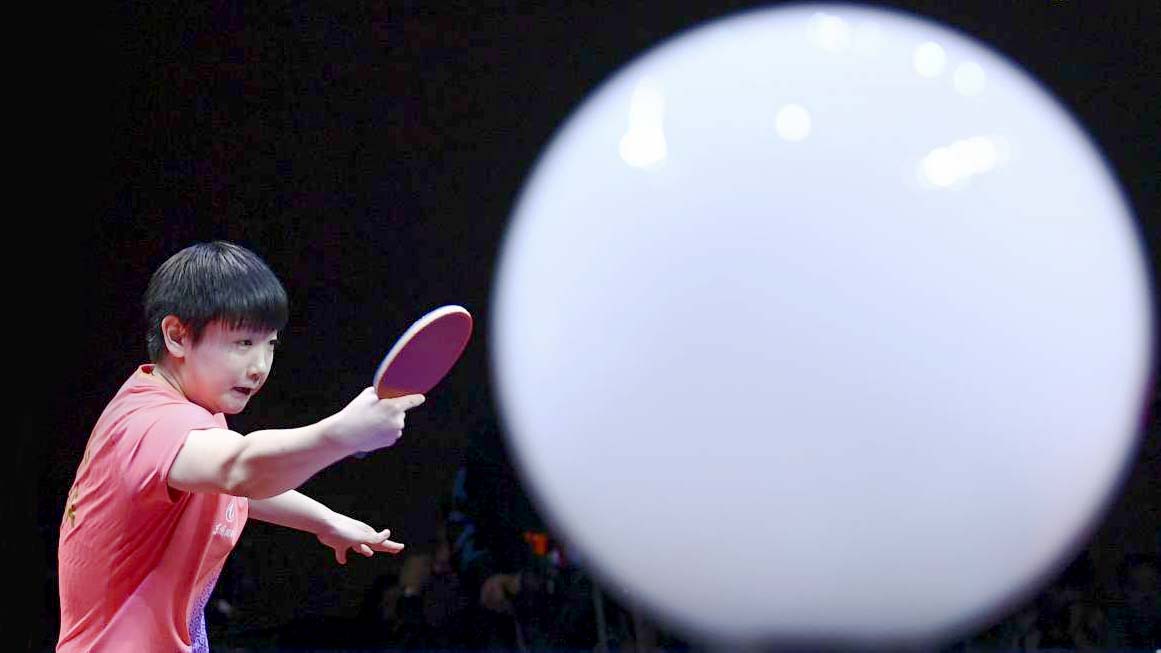 At 19 years old, Sun Yingsha is now named at no.2 on the World rankings; none who can claim she hasn’t earned her way to the top. Ranked 80 places down in January 2017, the past two years have seen nothing short of immaculate table tennis from this smiling assassin.

At the 2017 China Open, Sun lost to then world no. 1 Ding Ning in the final – it was her first defeat in 12 matches across ITTF World Tour tournaments. She had previously conquered the likes of Liu Shiwen, Chen Meng and Feng Tianwei. This was when the attention of the sport’s top media and coaches shifted to see the first chink her armour – having already claimed the Japan Open in 2017.

“A rising star”, a “genius” and the “next big thing” are all names that have followed her. However, it comes as no surprise that Sun has found herself working harder every year, knowing deep in her heart that rising stars do not eventually shine the brightest.

“I used to be easily satisfied when I played in the past, especially matches between Chinese players. Now I am not. I am not allowing myself to lose to anyone. When I play against foreign players, I have to win.” Sun Yingsha

Sun has found herself to be maturing with every match she plays, no matter whether she emerges victorious or falls short. In her manner of play, there is no chance she does not take away something to consider from each point at the table.

It is the exact reason why Sun has become a more steely and mentally tough opponent. Her seniors provide her with invaluable pointers, even when she is playing against them for the gold.

“When I have a good state of mind, it reflects on how I play. A bad state of mind also influences my play. So my coach and I will communicate.” Sun Yingsha

For the youngest athletes, it will always be important to have goals – and concrete ones at that; when you are a Chinese teenager, there is no target not out of your ambition’s reach. Going for the World Championships becomes second nature and every Grand Slam is podium or bust. Sun, to her credit, has never her eye off the ball and always aims for the top honoujrs – no matter who she’s facing.

This has become evident every time she has shouldered responsibility for Team China. Her composure and resilience have allowed her over the years to beat what were considered “stronger” opponents.

No “Sun-set” in sight

On August 1st 2017, Sun Yingsha made her way into the top 10 rankings for the first time. This, however, was not to last as she found herself in erratic form that did not allow her to hold on to that position for very long.

It was only in July 2019 when she became world no. 11, when her form as a qualifier-turned-champion was quickly becoming a running trend. Her victories at Japan, Australia and Germany were back to back signs that her singles’ journey was on the way up, as was her ranking. This, coupled with her ITTF-ATTU Asian Championship and Team World Cup wins, saw her climb the ranks as the Chinese team’s most reliable members.

Within the time period of six months, Sun has climbed nine spots and made the world no.2 ranking her very own. This, is by no means an easy feat – as her 2019 made her critics understand that this teenager from China means business. Her compact style of play, over the table and near the net both being assets on the attack, enabled Sun to keep breaking and making records last year with remarkable consistency. Her speed of thought matched by quick feet and outstanding positional sense, made her an adversary no one wanted.

Yet, there is no sign of an inflamed ego from the adolescent. Sun has never been shy to call a spade a spade, and she’s open about even the slightest amount of effort lacking on her part. When asked to rate herself out of 100 at the China National Championships, she was as blunt as possible:

“95. I cannot give myself 100. I hope I can still make progress and fight to reach my goals. I am satisfied with my performance here. I won all of my matches except in the mixed doubles first round.” Sun Yingsha

In those words she made another statement for the word to understand – the Sun is on the rise, and there are no signs of an impending Sun-set.