Day of firsts in Batam, titles for Shao Jieni and Harmeet Desai

Hard earned, Portugal’s Shao Jieni emerged the most successful player when proceedings concluded on Sunday 17th November in Batam at the 2019 ITTF Challenge Indonesia Open; she won the women’s doubles title in partnership with colleague Luo Xue, before reserving the top step on the women’s singles podium.

Meanwhile, the men’s singles title was captured by India’s Harmeet Desai, the men’s doubles by the combination of Senegal’s Ibrahima Diaw and Thailand’s Padasak Tanvriyavechakul.

Success for Shao Jieni means that she won her third career women’s singles title at an open international tournament; in both 2015 and in 2016 she had emerged successful on the ITTF World Tour in Nigeria.

However, it is the first time at an ITTF Challenge Series tournament or on the ITTF World Tour that an all Portuguese pairing has won the women’s doubles title; the only other instance of a Portuguese player succeeding in such an event is Shao Jieni. In 2015 she partnered Egypt’s Dina Meshref to gold in Nigeria.

Equally it is a first for Suthasini Sawettabut and for Thailand. It is the first time a player from Thailand has reached the final of a women’s singles event, or for that matter a men’s singles event, on either the ITTF World Tour or at an ITTF Challenge Series tournament.

Success, it gives Suthasini Sawettabut a special distinction. Also, in the women’s doubles whenever Thailand reaches the final, she is present. On the ITTF World Tour in 2015 in Bulgaria, she finished in runners up spot when partnering Nanthana Komwong; in 2018 on home soil in Bangkok, she won in harness with Orawan Paranang.

Winner earlier this year in Cuttack at the Commonwealth Championships, Harmeet Desai now joins Sharath Kamal Achanta, Sathiyan Gnanasekaran and Soumyajit Ghosh as players from India who have won men’s singles titles at open international tournaments this century. Sharath Kamal won in 2010 in Egypt, Sathiyan Gnanasekaran in 2016 in Belgium and the following year in Spain, Soumyajit Ghosh in 2017 in Chile when he beat Amalraj Anthony in the final.

Defeat in the final in Batam means it is the third time Amalraj Anthony has finished in runners up spot, after the reverse in Chile, the following week, he was beaten in the final in Brazil by the host nation’s Hugo Calderano.

Firsts, without any shadow of doubt, it is the first time at an international open tournament that Senegal and Thailand, or Africa and Asia for that matter, have combined to win a men’s doubles title. At the final hurdle, Ibrahima Diaw and Padasak Tanviriyavechakul, not seeded, accounted for Hong Kong’s Kwan Man Ho and Lam Siu Hang (11-7, 12-10, 12-10).

Moreover, both become the first male players from their respective countries ever to reach the final of any event at either the ITTF World Tour or at an ITTF Challenge Series tournament.

A day of firsts in Batam. 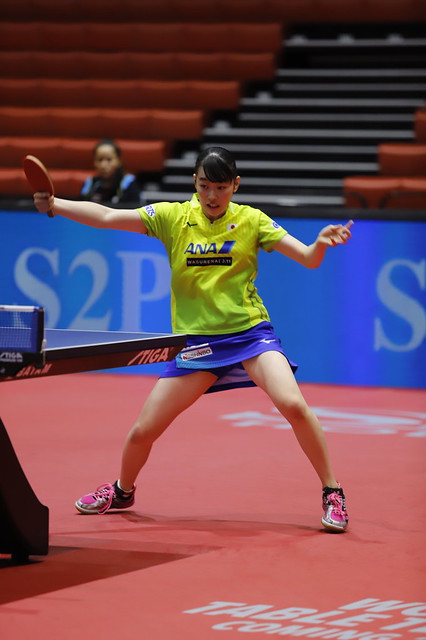