We're all going on a European Tour!

An exciting season on the international circuit is drawing ever closer to its conclusion with just three more stops on the 2019 ITTF World Tour and what a finale it promises to be with three outstanding events set to be played out under the lights in Sweden, Germany and Austria.

Get ready because we're all going on a European tour! 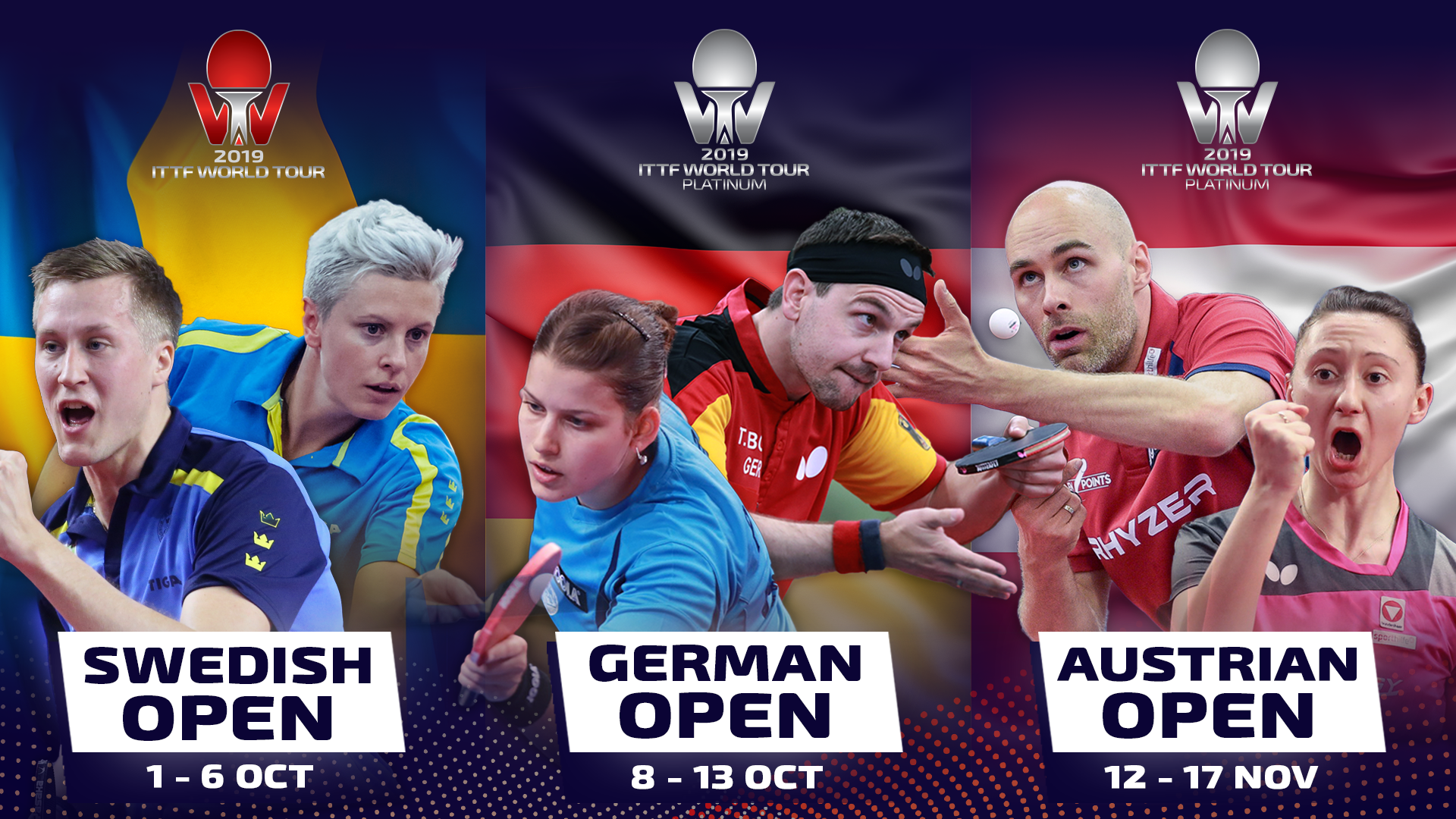 The first stop on this European extravaganza is just around the corner as the Eriksdalshallen in Stockholm plays host to the 2019 ITTF World Tour Swedish Open from Thursday 3rd to Sunday 6th October with qualification being conducted on Tuesday 1st and Wednesday 2nd of the month.

Both sets of last year’s finalists will be present once again next week as will the likes of Japanese teenage ace Tomokazu Harimoto, local favourite Mattias Falck and World champion Liu Shiwen. An all-star cast awaits – you don’t want to miss this one!

Find all the 2019 Swedish Open information you need here.

Following hot on the heels of the proceedings in Stockholm, the penultimate Platinum event of the year will be staged from Thursday 10th to Sunday 13th October as the world’s elite players take to Bremen for the 2019 ITTF World Tour Platinum German Open.

Many of the stars who are travelling to next week’s tournament in Stockholm are also set to make the trip to Bremen for the 2019 German Open including 18-year-old sensation Sun Yingsha, who recently won women’s singles gold at the 2019 ITTF-ATTU Asian Championships. The highly successful trio of Timo Boll, Dimitrij Ovtcharov and Patrick Franziska will lead the host nation’s charge as will Petrissa Solja, who is looking to continue taking steps in the right direction on her journey back to the top of the game.

Find all the 2019 German Open information you need here.

Liang Jingkun made a name for himself at the 2018 Austrian Open, battling his way through the qualification rounds and five main draw encounters including victories over Fan Zhendong and Xu Xin to pick up his first men’s singles on the ITTF World Tour. The women’s singles draw Chen Meng overthrew defending champion Wang Manyu with a devastating 4-0 display – one month later she went on to take the crown at the 2018 World Tour Grand Finals!

As with the ITTF World Tour events in Stockholm and Bremen, you can expect to see some of the biggest names associated with the sport in Linz with the 2019 Austrian Open being the final opportunity to gather valuable points in the race for the 2019 ITTF World Tour Grand Finals.

Find all the 2019 Austrian Open information you need here.