After a rather intense day of action on Friday 20th September at the 2019 ITTF-ATTU Asian Championships in Yogyakarta, there were two athletes who caught the eye of everyone - never mind their contrasting results. 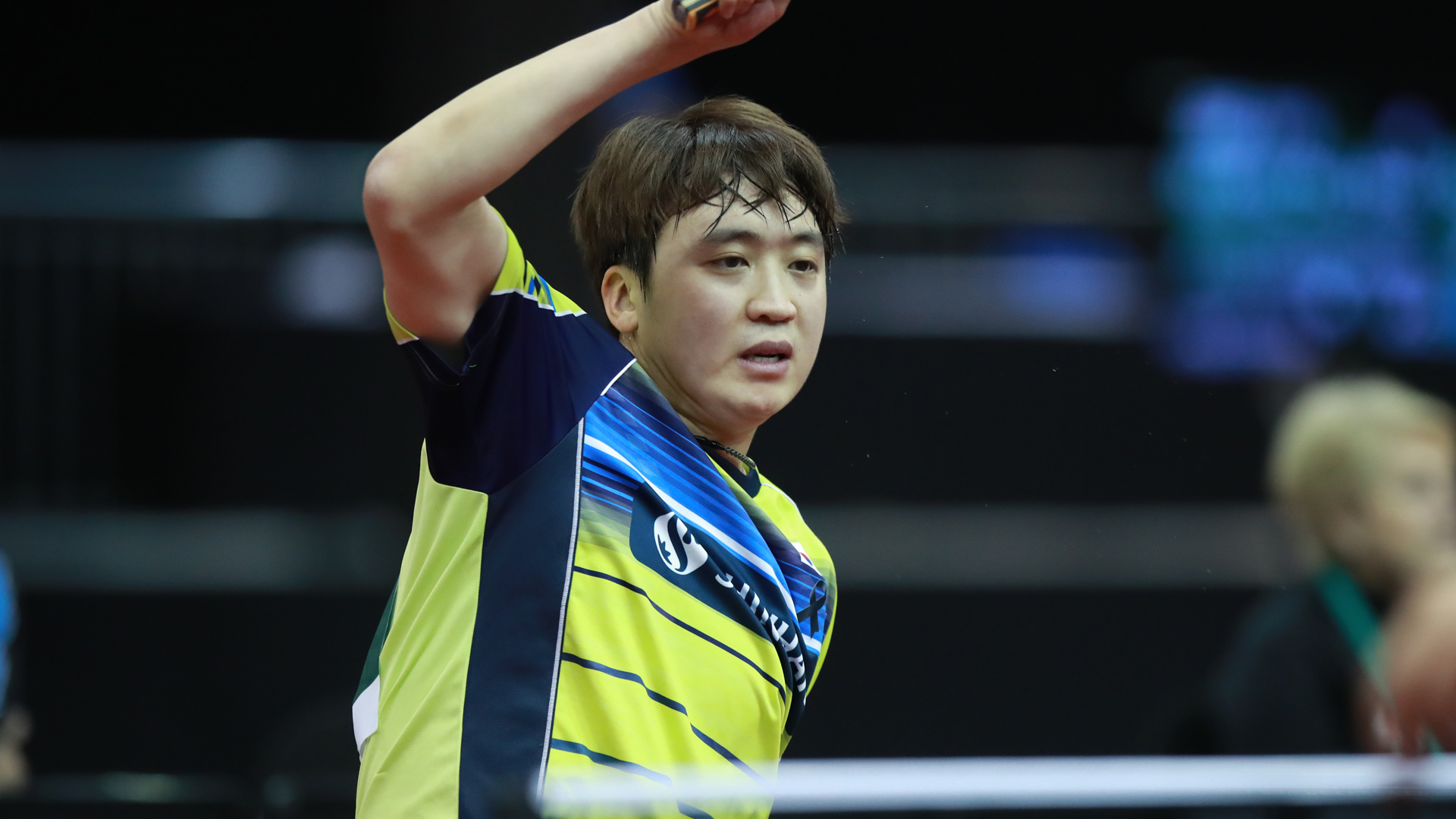 Jeoung Youngsik: the ‘chosen one’ to beat the Chinese

That result meant Liang was the first Chinese team member to lose out to another nation’s athlete at the Asian Championships, and in all deference to the Korea Republic player, it was in style. Jeoung has been seen to be very different from his compatriots, in the manner that his backhand is stronger than his forehand – allowing him to powerfully impact games from the get-go.

Having previously won a silver and a bronze medal at the 2010 Asian Games, it is noteworthy to remember that he has also won six bronze medals at the World Championships during 2010-2018 (including team medals). Earlier this year, at the Liebherr 2019 World Championships in Budapest, Jeoung opened his campaign with victories over Spaniard Jesus Cantero and Finland’s Benedek Olah, before building on that with a momentous victory over Japanese star Jun Mizutani across seven games, securing a top 16 finish.

His form has been consistent across many tournaments – notably at the 2019 ITTF World Tour Korea Open he produced one of the shocks of the tournament, fighting back from a 1-2 games deficit to eliminate China’s Fan Zhendong from the tournament. This was followed by his double-double, as Jeoung Youngsik and Lee Sangsu won two men’s doubles titles in as many ITTF World Tour events – the 2019 Australian Open and the 2019 Bulgaria Open. A proven team on the men’s doubles circuit, this was their sixth success in total on the ITTF World Tour.

Whether his form is a direct result of his shorter haircut – after being called up for military service – we do not know. What we do know is how effective his direct play was when he beat DPR Korea’s Ham Yu Song 3-0 and Iran’s Nima Alamian 3-1 before his Liang scalp. Sadly, Japan’s Tomokazu Harimoto, the no.4 seed was effervescently good when he took down Jeoung in straight games (11-8, 11-7, 11-5).

Sathiyan Gnanaseksaran continues to win the hearts of the crowd after every match he plays at this point. The highest ranked Indian male table tennis player, Gnanasekaran will remember his time at the ITTF-ATTU Asian Table Tennis Championships with fondness.

Today at Among Rogo Stadium, Gnanasekaran became the first Indian to reach the quarter-finals stage in 43 years since the Asian Table Tennis Union started organising the tournament in 1972. The last Indian to make it was Kamlesh Mehta in 1976. His journey to the last eight was immensely representative of his talent- as he won against Singaporean Dominic Koh Song Jun , Iran’s Noshad Alamiyan and DPR Korea’s An Ji Song, losing just the one game.

“I played against World no.4 and I was definitely the underdog. I had my chance and really fought hard. The fourth game was really close. 9-9 and then I had my serve, so it would be a different story. But still I am happy with my performance today. In 1976, an Indian player entered into the quarter finals. 43 years later, another Indian player came into the quarter-finals. I am really happy and I really would like to set the Indian table tennis standard very high.” Sathiyan Gnanasekaran

There was a similar fate awaiting Gnanasekaran in the men’s doubles, where he and partner Sharath Kamal Achanta lost out to China’s Liang Jingkun and Lin Gaoyuan. However, it was notable match and extremely exciting for the crowd because Liang and Lin needed the full five games and 45 minutes to end the hopes of Achanta and Gnanasekaran (11-6, 10-12, 11-7, 8-11, 11-9).