Two titles were secured, the door very much open for two more on the second day of action.

In both instances, New Zealand had to settle for runners up spot; in the former the silver medal was claimed by the trio comprising Zhou Jiayi, Sophie Low and Maria Cavanagh, in the latter by Jack Chen and Joseph Zhang.

Furthermore, third place finished in the hands of Fiji; in the junior girls’ team competition the honour went to Touea Titana and Loata Duncan, in the cadet boys to Tereititaake Fesau and Jai Chauhan.

Meanwhile, in the junior boys’ team and cadet girls’ team competitions; likewise in group organised events, Australia and New Zealand will clash in the contests to decide the titles.

Similarly, in the cadet girls’ team event, the outfits from the biggest landmasses in the region asserted their authority. Australia’s Constantin Psihogios and Chermaine Quah proved a step ahead of their opponents from the smaller islands, as did the New Zealand partnership formed by Takaimannia Ngata-Henare and Minette Whitehead. 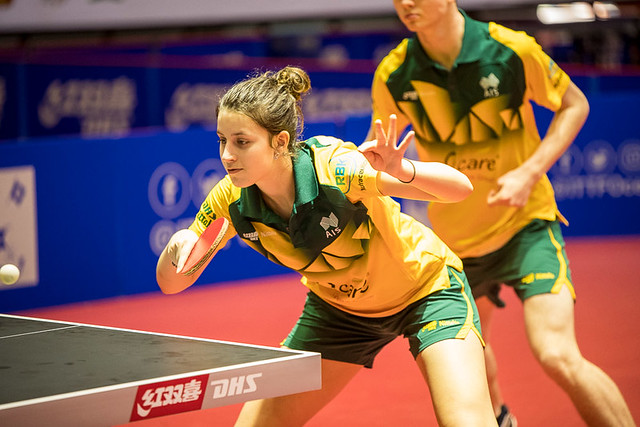