Stay tuned to the latest from the final day at the Seamaster 2019 ITTF Challenge Plus Pyongyang Open with four titles up for grabs on Sunday 28th July:

Gold for An Ji Song

The men’s singles title has been awarded to An Ji Song after the second seed from DPR Korea held off a brave challenge from qualifier Kim Song Il.

Four in a row for Kim Song I

Kim Song I has once again taken the top prize in the women’s singles draw following a fine display against Pyon Song Gyong in the gold medal contest.

Both players started the match as they meant to go on with very little separating the two: top seed Kim edged the opening two games by the narrowest of margins before Pyon, seeded sixth, hit back in game three. Leading 2-1 Kim began to ramp up the pressure on her opponent, coming out on top in the next two games to secure the title for the fourth consecutive year (14-12, 13-11, 9-11, 11-5, 11-9).

Enjoying the stronger start Ham and Ri looked set to get the job done in quick fashion, claiming the opening two games to move ever closer to the title. However, opponents An Ji Song and Ro Hyon Song responded with back-to-back game successes to take the match into a decider. Holding their nerve Ham and Ri found the winning formula in game seven to lift the trophy (17-15, 11-5, 10-12, 7-11, 11-7).

Reaching the top step of the podium last year in Pyongyang, the host nation’s Cha Hyo Sim and Kim Nam Hae have collected the women’s doubles trophy for the second year running.

Iran’s Amir Hossein Hodaei could not upset the DPR Korea domination here in Pyongyang as An Ji Song swiftly made it to an all-hosts final.

Both athletes exhibited great handwork with the forehand and backhand returns, making for an interesting match overall. An Ji was much better overall, taking control of the game early on and did not let the Iranian settle at all. With a 4-1 win in hand, An will face Kim Song II in the final later today.

Kim and Ham play out a classic

In what was probably the match of the tournament, Kim Song II and Ham Yu Song played out a classic for table tennis fans around the world. The host nation’s athletes were neck and neck at every step of the way, till the decider in the seventh game.

Pyon sets sights on another Gold

Much was expected from the youngster Pyon, however Kim was the favorite going into this match-up. The first game itself was played over 38 points, where Pyon came out on top after some amazing shot play from both athletes. From thereon, Kim could not recover in time and ended up losing out on a spot in the final.

Mission very much possible for Kim

Kim Song I is on a mission, and it looks like nothing will stop her. The DPR Korean athlete was up against her national colleague Kim Jin Hyang in a bid to reach consecutive finals in Pyongyang.

Grab a look at the fixture schedule for the final day of play and make sure to watch along live with itTV: 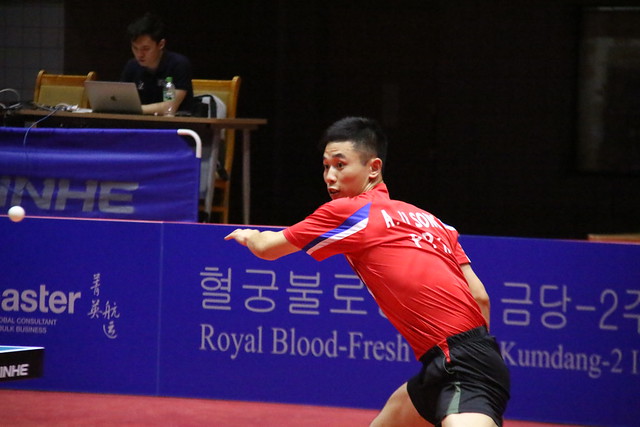