ITTF and Two Parts team up to present 'Smash Street by TTX': a first-of-its-kind ping pong experience launching in Denver! 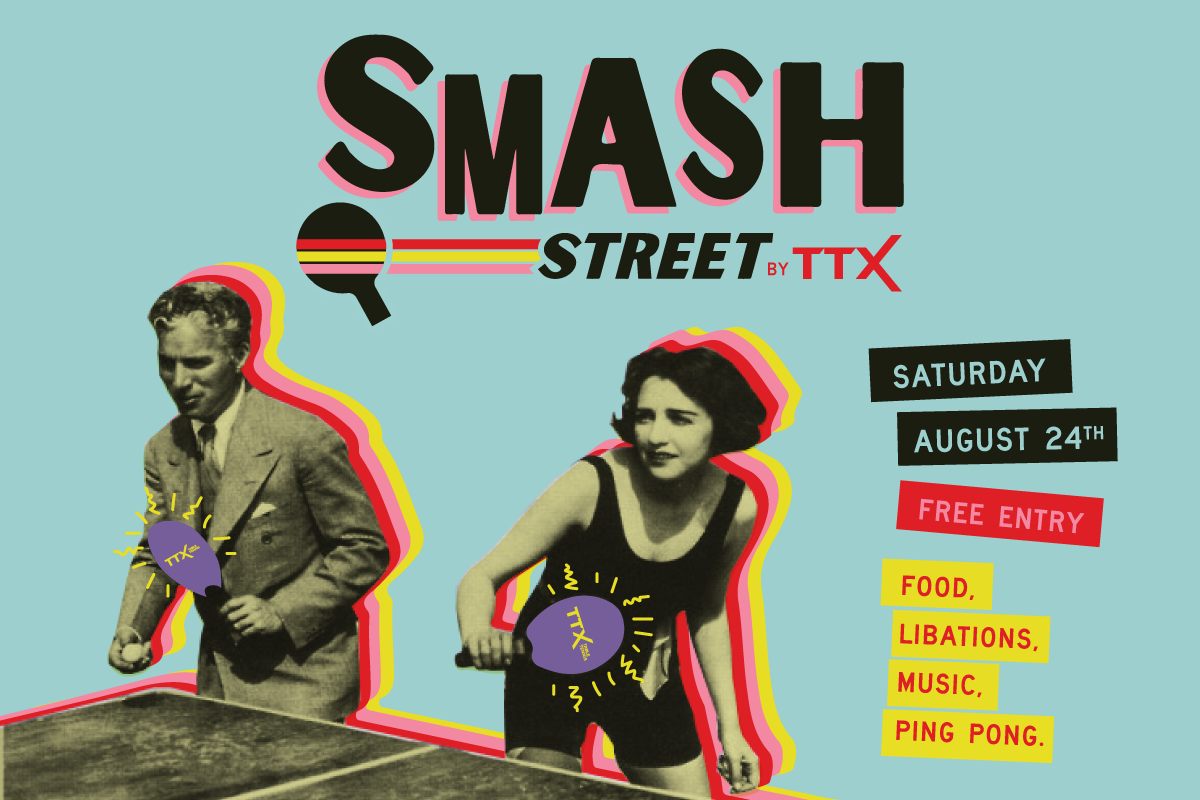 On August 24th, a new kind of party is rolling through Denver. Table Tennis X (TTX) is an action-packed rendition of ping pong that puts a fun new spin on the classic game – and it’s coming in hot to the Mile High City in the form of Smash Street by TTX!

In short, TTX is table tennis reimagined. It’s a time-bound format of ping pong that takes the excitement of a regular game and amplifies it within a 2-minute time limit for each game. Designed to encourage anyone to pick up a paddle and play, TTX is played with simplified paddles and a bigger, heavier ball that allows TTX to be played anytime, anywhere!

With less rules restricting how you can strike the ball, it’s up to you to make sure you leave nothing on the table. Simply smash or play it freestyle to hustle your way to glory! TTX games are never predictable, with most wins coming in at the last second!

TTX wanted to bring their vision to life organically by throwing a massive party in a thriving city to introduce the new game to the world. Once Denver was selected as the city of choice, the partnership between TTX and Two Parts was established, and the concept of Smash Street by TTX was born. With their fingers all over the pulse of what’s happening in Denver, Two Parts is an experiential marketing agency with a massive impact on Denver’s social scene, and the perfect partner to help bring Smash Street by TTX to life.

“We’re thrilled to utilize the City of Denver and the vibrant energy of the RiNo neighborhood as a springboard for Smash Street and TTX as we continue to explore new opportunities to expand the reach of our amazing sport to a worldwide audience. Denver is the perfect backdrop for TTX, a ‘sport for all,’ combining the fun and competitive elements of ping pong in a simplified and social context. Two Parts has a penchant for throwing unique events and was the perfect choice to help us take Smash Street from a dream into a reality.” Matt Pound, ITTF Marketing Director

So What is Smash Street by TTX?

Smash Street by TTX is an all-day, outdoor, first-of-its kind ping pong-a-palooza featuring over 100 tables, open play, and a, 500+ competitor TTX-style tournament. The event is an all-out takeover at the intersection of Broadway and Walnut in RiNo, and will transform the area into a sprawling adult playground complete with TTX tables, live entertainment, food, libations, and fun! The tournament has the capacity to field 500 competitors, and the last player standingwins a one-of-a-kind trip to the World Tour Finals in December!

At Smash Street by TTX, you don’t have to be holding a paddle to have a ball! Players and guests alike will enjoy live music and interactive TTX activations where they can test their luck on different variations of TTX tables. While the players are servin’ up aces, food trucks will be serving delicious food and treats while custom-built bars will serve refreshing cocktails and craft beers all day. Whether you come to compete, or just to play some casual pong with your friends, Smash Street is an ace when it comes to fun!