Ma Long and Fan Zhendong, two of China’s leading male players, have had opposite experiences so far at the Seamaster 2019 ITTF World Tour Shinan Korea Open. The similarity between them? It hasn’t been easy for either. 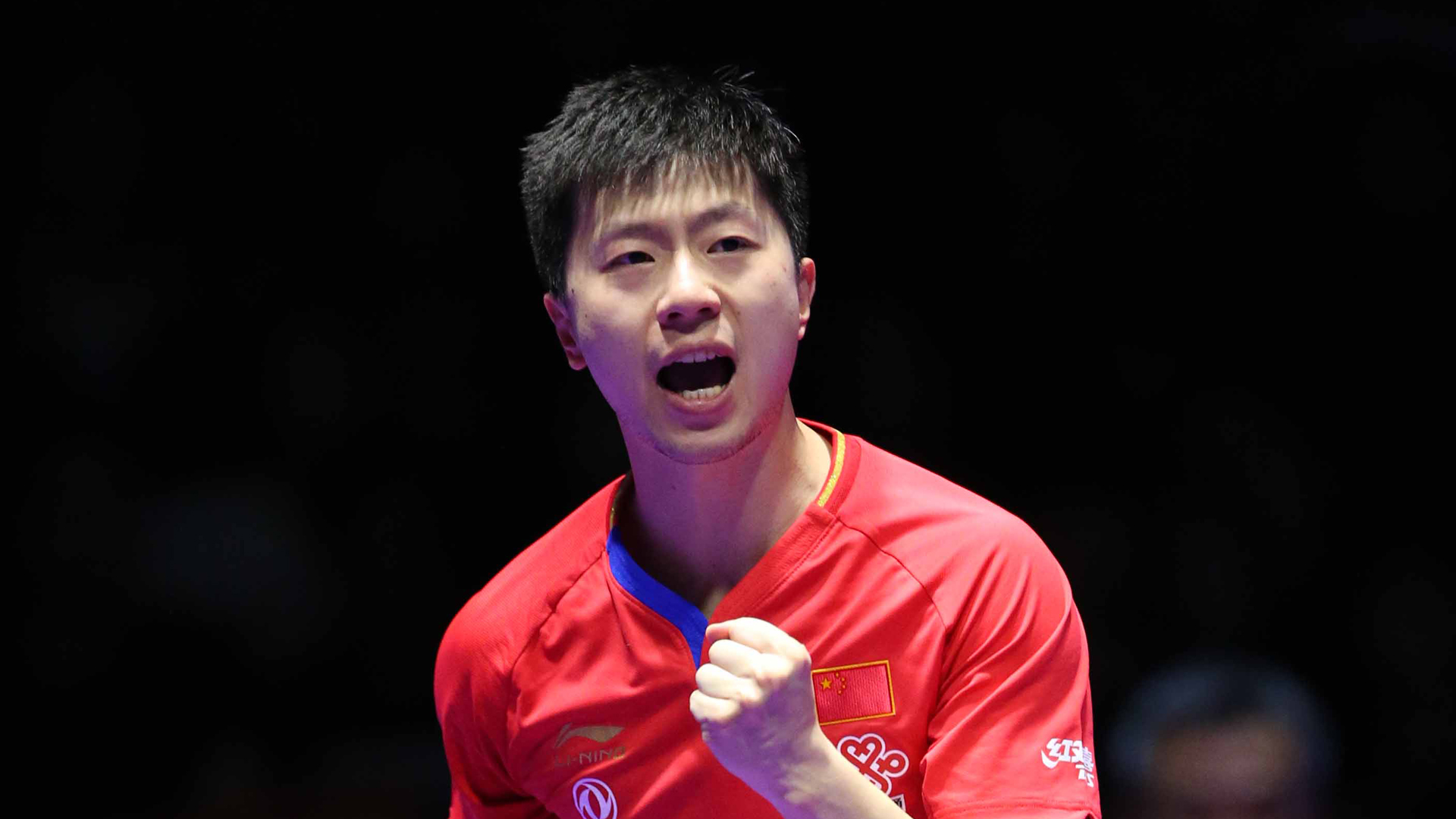 He may be taking the circuitous route to victory, but Ma Long is getting his wins in all the same.

After a blazing start to the year with wins at the Qatar and China Opens, ‘The Dragon’ and reigning world champion has quelled dry spell rumours by defeating his opponents so far in Busan, albeit while making his fans sweat.

After an easy 4-0 opening round rout of Japan’s Takuya Jin in Busan, Ma struggled to close the door on hometown hero Lim Jonghoon. Despite his initial 2-0 lead, Ma faltered, allowing Lim to even the score at 3-3 before prevailing 14-12 in the final game to eke out a 3-2 victory, hardly a firebreathing performance on the part of the Dragon.

It didn’t get any easier against Sweden’s surging Kristian Karlsson, who took the first two games, forcing Ma to dig deep into his reservoir of mental and physical endurance for the 4-2 victory:

“It just goes to show that more of our opponents are starting to analyse the players from the Chinese team. So for us to be behind – we are used to being in front for most matches – it is good that we are put through different situations. It is a learning experience.” Ma Long

Ma may be 30 years old and considered almost a veteran in the sport, but he – more than anyone – is still prepared to keep learning and keep growing. That, after all, is what is aiding his longevity.

Next up in the semi-final, he faced the Korean fans’ favourite Jeoung Youngsik, a player who eliminated no less than Fan Zhendong in Saturday’s quarter-final. It was not Ma at his best, it was Ma at his most professional; he prevailed in five games.

“All matches are equally hard and it’s about how you come through the tough moments that keeps you in the game.” Ma Long

Find out if Ma can finish the job in today’s final against compatriot and current world #1 Xu Xin. The match will be live from 17.00 GMT+9 on itTV.

What’s going on with Fan Zhendong?

The Chinese maestro’s 15-month stint as the #1 player in the world came to an end this week when he was overtaken by surging teammate Xu Xin, which dropped the 22-year-old affectionately nicknamed “Little Fatty” to #3 in the rankings.

Faced with Korea’s Jeoung Youngsik in the men’s quarter-finals in Busan this weekend, Fan dropped the first game but looked on track to secure the victory with solid second and third games. That first round would come back to haunt China’s top player, though, as Jeoung rallied to a 13-11 win in the fourth and never looked back, taking the next two in quick succession to secure a 4-2 victory despite tough resistance from Fan.

“Actually I did have some chances in the match. I was leading 9-4 in the 4th game, but eventually lost, even though I was battling so hard to win it. Today the biggest problem came from my backhand, which is an obvious weakness, especially when we both played on our backhand.” Fan Zhendong

For his part, Jeoung was quick to acknowledge that the raucous home crowd in Busan may have played a role in the contest.

“I have never seen any other match where the crowd had such enormous reactions. The cheers definitely gave me a lot of energy and it was an important contribution to the victory, so I want to thank them a lot for that.” Jeoung Youngsik

But the question remains: What’s going on with Fan? After a superb 2018, where he was victorious at the Hungarian, Qatar and Swedish Opens, Fan has yet to appear in a final, let alone vanquish his rivals in one, on the World Tour this season. Rather, his best results have been semis appearances in Sapporo and Budapest.

Follow live updates from Busan and watch the action on itTV!