All good things come to an end, and the undefeated reign of Xu Xin and Liu Shiwen in mixed doubles is over. After 22 consecutive wins since debuting as a pair at the Austrian Open last November, Hong Kong’s Wong Chin Ting and Doo Hoi Kem put an end to the Chinese pair's sparkling run in mixed doubles Saturday afternoon as the first finals unfolded in Busan. 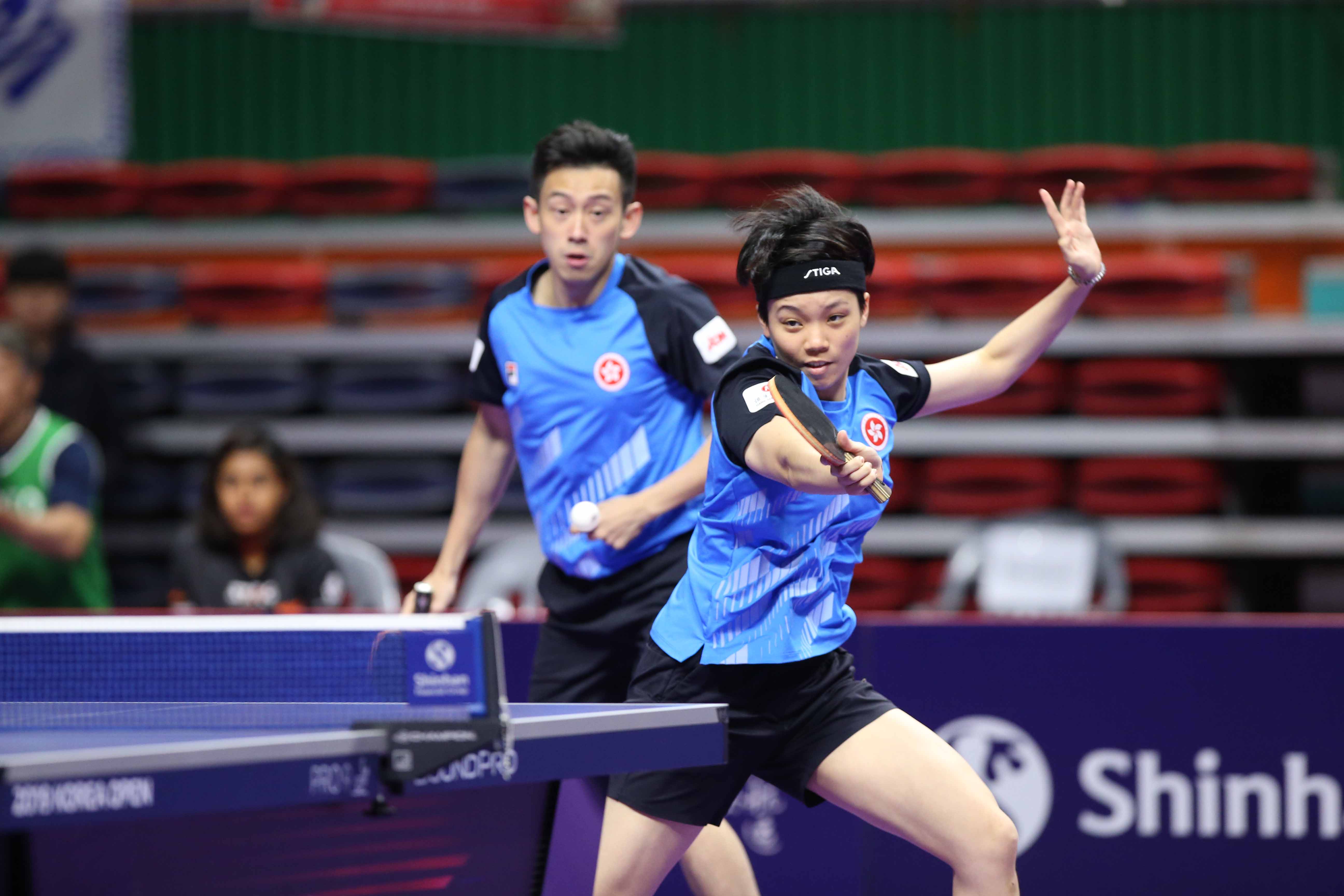 In fact, the decisive battle in mixed doubles was not as fierce as it might have been. On the attack from their first serve, Wong and Doo destabilized the reigning world champions early by shutting down Liu’s topspin, thereby containing Xu’s shut-em-down wellies, and the formidable Chinese duo never quite recovered.

And when in doubt, call a timeout. The strategic playbreaking manoeuver was used to great effect by Wong and Doo late in the match, stifling the momentum Xu and Liu started to recover towards the end. The 2018 Grand Final winners and no. 2 seeds continued to impose themselves and saw out a controlled 3-1 victory (11-9, 11-8, 6-11, 13-11).

By this point, Saturday wasn’t exactly going as planned for Team China. The normally stalwart Fan Zhendong suffered through an unanticipatedly rough quarter-final, playing not only against home favorite Jeoung Youngsik but against Jeoung’s adoring public as well, and ultimately failing to advance. That was before Xu and Liu went down in the mixed doubles final.

So by the time they got to the men’s doubles final, both players might have been feeling they had something to prove.

They certainly played like it, stopping the top-seeded Korean veterans Jeoung Youngsik and Lee Sangsu in their tracks. Xu and Fan allowed the Koreans no opportunity in their 3-0 win (11-9, 11-7, 11-6) to clinch their second World Tour title so far this year.

Xu retook the World #1 ranking from Fan this week in men’s singles, but evidently there are no hard feelings; both men certainly looked pleased to come away with a victory in Busan.

A renaissance for Chen and Wang

There were stumbles from Chen Meng and Wang Manyu: the Chinese women’s duo, playing together for the first time since 2017, presented a united front before Korea’s Choi Hyojoo and Yang Haeun for the women’s doubles title.

The match was something of a cat-and-mouse affair, with Choi and Yang approaching the lead and forcing extra points but never quite being able to overtake their esteemed opponents and top seeds, who prevailed in three games (12-10, 15-13, 11-6).

Follow live updates from Busan and watch the action on itTV!