Solomon Islands ready for Pacific Games and beyond

The Solomon Islands' capital city of Honoraria staged an ITTF/PTT Level One coaches course between 5-9 June, supported by Olympic Solidarity and organised under the auspices of ITTF High Performance and Development. 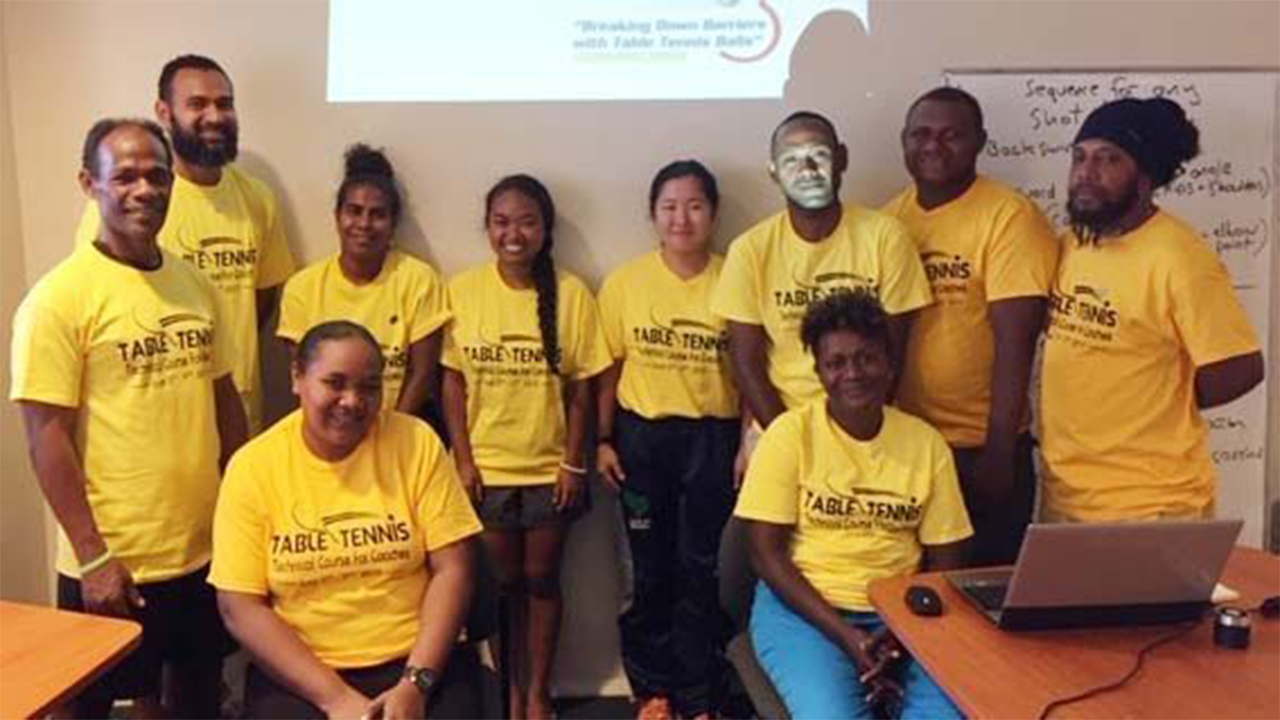 Overall, a total of 12 students, five men and seven women attended under the guidance of New Zealand’s Grant Wilson, the course conductor, with the National Olympic Committee premises and the Chung Wa School providing the venues.

Notably three of the women who attended were members of the Solomon Islands team that will travel to Samoa to compete in the Pacific Games.

“There was a very good level amongst players attending this course; this will add to their all-round experience which is a big help in passing on the skills to developing players.” Grant Wilson

A successful initiative, one which pleased Aldrin Bekala, the President of the Solomon Islands Table Tennis Association, well aware that such a course can only be of benefit for islands.

“We had our last ITTF course two years ago and although tables and equipment were supplied by the government to 35 schools, the school teachers need more support from local coaches to keep the development process going”. Aldrin Bekala

Notably, as in all such courses the Para section aroused a great deal of interest; the response most positive; eight local players were present alongside Victor Wai’ia, the head coach who will accompany the group to the Pacific Games.

“We have some real medal prospects in our team. They have been training two days a week for the last three months at the Chung Wa school facility. The Para day just completed was a big help and gave a thrust to their preparation and motivation”. Victor Wai’ia

Now, it would seem a new era beckons; the newly qualified coaches are ready to put theory into practice.