Wong Chun Ting and Doo Hoi Kem lead the line but chances higher together than apart?

Play commences in earnest on Thursday 6th June being preceded by two days of qualification. 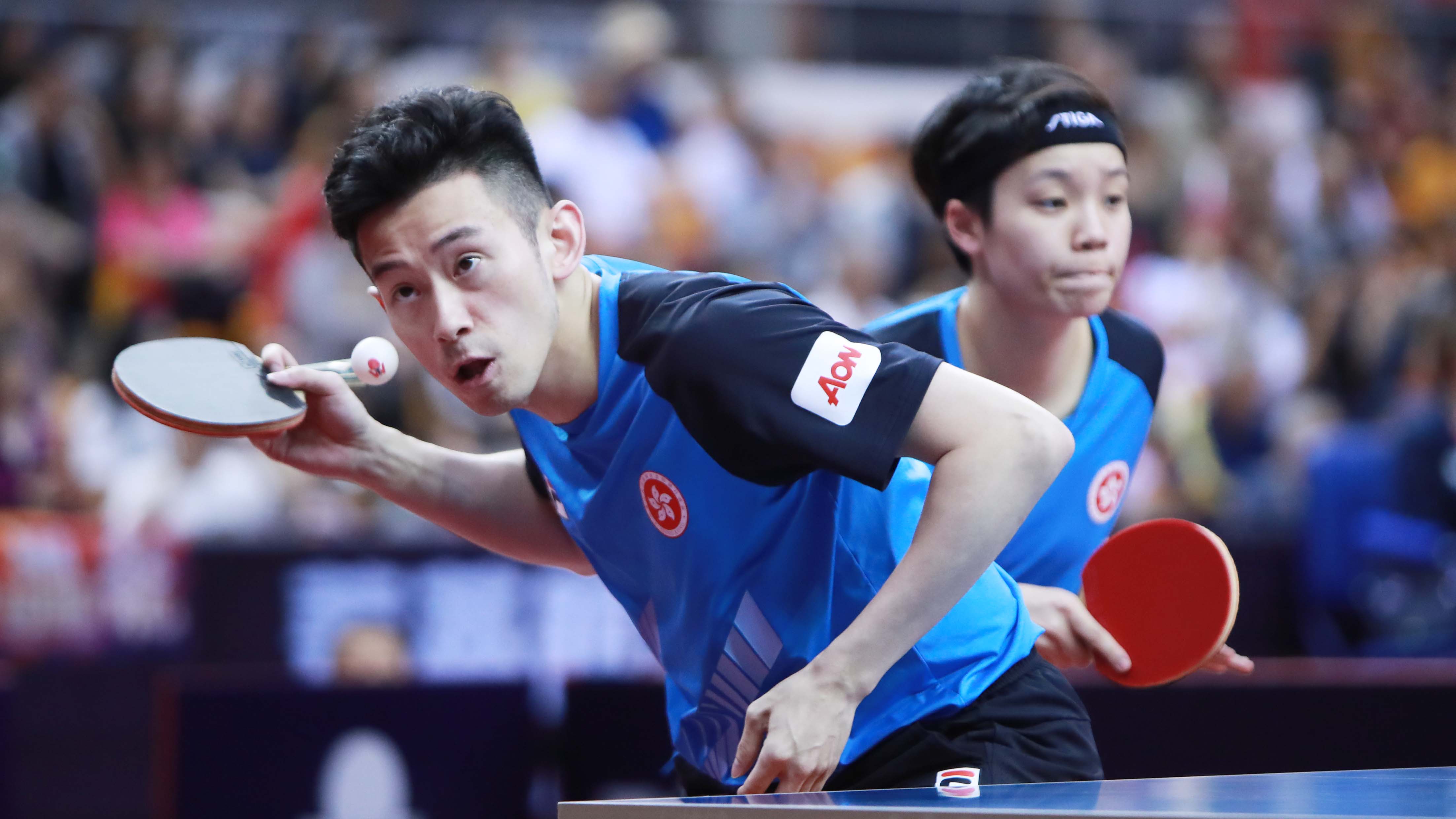 In the men’s singles event Wong Chun Ting is the no.13 seed, also seeded is colleague Ho Kwan Kit, he completes the top 16 names; in the women’s singles competition, Doo Hoi Kem is the no.6 seed, Lee Ho Ching is also listed, she is the no.15 seed.

Challengers for honours but with the likes of China’s Lin Gaoyuan and Liang Jingkun on duty alongside Japan’s Tomokazu Harimoto, Germany’s Timo Boll and the in-form Swede, Mattias Falck, it is a tough task for Wong Chun Ting and Ho Kwan Kit.

Does the best chance of honours for Hong Kong rest in the doubles?

Only on four occasions since the ITTF World Tour began in 1996 has Hong Kong won men’s singles titles. Jiang Tianyi won in Brazil in 2008 and in Hungary in 2015; Ho Kwan Kit succeeded in the Philippines in 2014, Wong Chun Ting one year later in the Czech Republic. All compete this year on home soil, Jiang Tianyi must qualify.

The record for the women, of players at the time winning titles in Hong Kong colours is rather higher. It is 16 in number shared by Tie Yana (nine titles), Jiang Huajun (four titles), Lin Ling (two titles) and Lau Sui Fei (one title). All have now retired, of the present day group, the cupboard is bare.

Now consider the doubles; Ho Kwan Kit and Wong Chun Ting are the defending men’s dubles champions, also on the ITTF World Tour in 2016 they won in Slovenia, in 2015 in Australia and earlier this year in Qatar.

Stiff opposition awaits but Hong Kong chances are high. In all three doubles’ disciplines they are the top seeds, the favourites.