Led by Sakura Yokoi, the winner of the junior girls’ singles title two days earlier and supported by Hikari Okubo and Ami Shirayama, Japan, the no.6 seeds, won the junior girls’ team title at the 2019 Polish Junior and Cadet Open in Wladyslawowo on Saturday 25th May.

At the final hurdle they accounted for the no.5 seeds, the Romanian outfit comprising Luciana Mitrofan, Tania Plaian and Denisa Uritu. 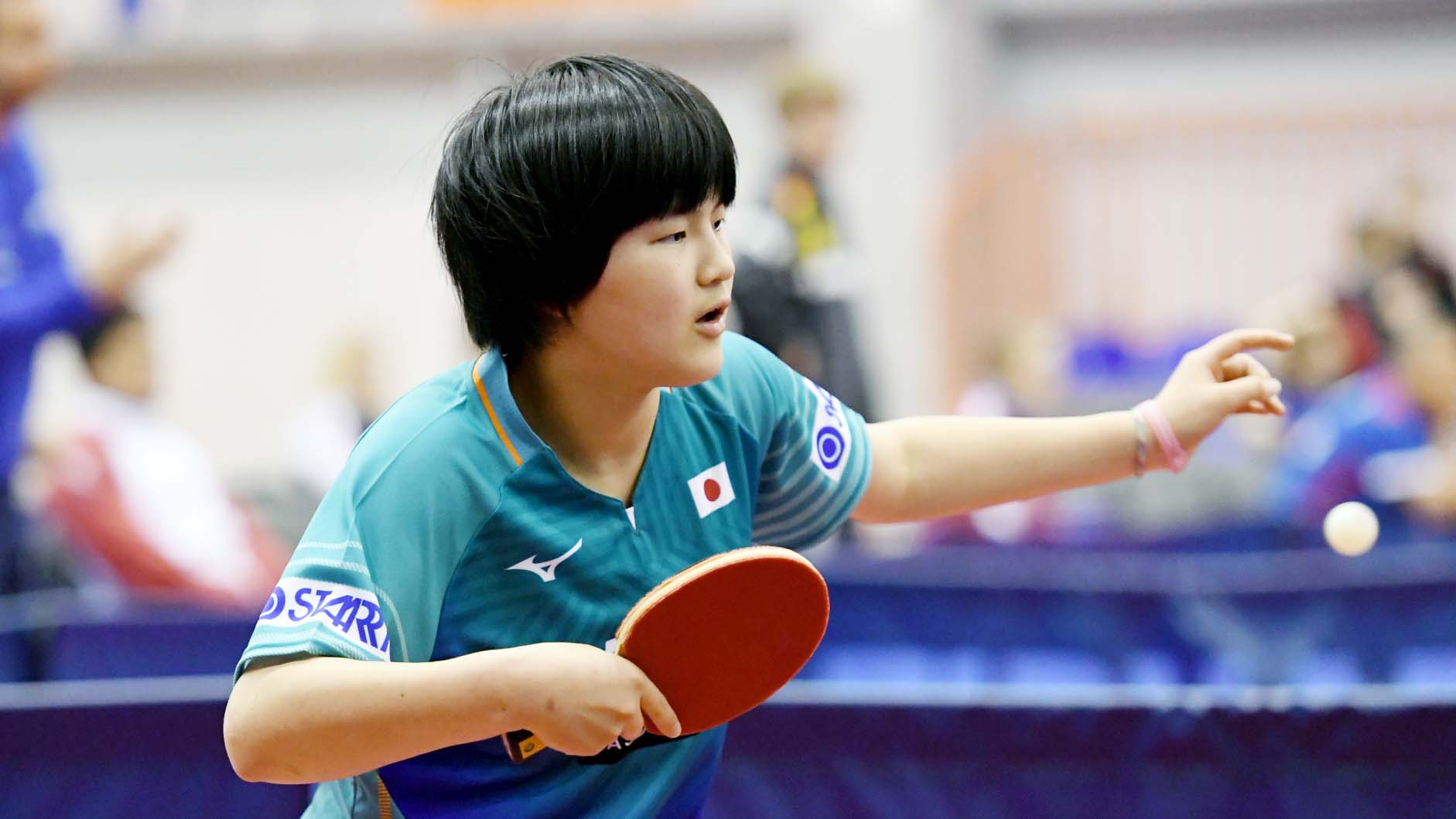 Impressive, earlier in the day from the Japanese trio it had been the same. At the quarter-final stage they had recorded a 3-0 win in opposition to the no.8 seeds, the Swedish trio formed by Jennie Edvinsson, Rebecca Muskantor and Alma Roose, prior to overcoming the no.2 seeds, the German outfit formed by Anastasia Bondareva, Franziska Schreiner and Laura Tiefenbrunner; a 3-1 victory margin being the order of proceedings.

Meanwhile, in the opposite half of the draw, Luciana Mitrofan, Tania Plaian and Denisa Uritu had secured a 3-1 success against the no.4 seeds, the outfit formed by Germany’s Sophia Klee who joined forces with Russia’s Kristina Kazantseva and Olga Vishniakova, before ending the hopes of the host nation. At the semi-final stage they recorded a 3-1 win when facing the top seeds, Aleksandra Michalak, Anna Wegrzyn and Katarzyna Wegrzyn.

Runners up spot for Romania, in the cadet girls’ team event it was gold. The top seeds, Ioana Singeorzan and Elena Zaharia beat the no.3 seeds, Russia’s Vlada Voronina and Alina Zavarykina 3-1 to claim the title.

Play concludes in Wladyslawowo with the individual events in the cadet age group category on Sunday 26th May.