For all those watching on from the HUNGEXPO Budapest and on TV screens and online from around the globe, it was another day of unforgettable table tennis action. 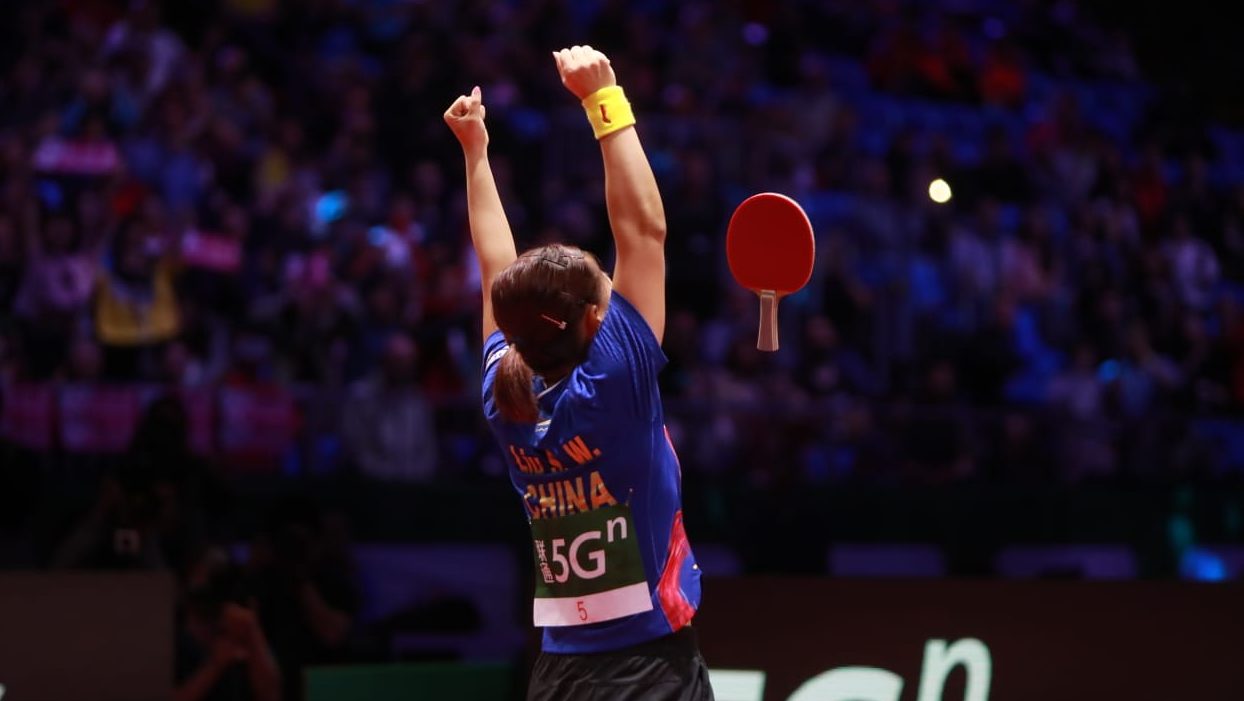 In what she admitted might have been her last ever World Championships, LIU Shiwen (CHN) struck gold at the sixth time of asking in a sensational Women’s Singles showpiece final in Budapest.

The 28-year-old Chinese star had won three bronze and two silver medals in her last five outings at the individual World Table Tennis Championships and arrived in the Hungarian capital under somewhat a cloud, having not won an international title since July 2018 at the ITTF World Tour Australian Open.

By contrast, she faced one of the in-form players of recent months, CHEN Meng (CHN), the first name on Team China’s namesheet after winning the Marvellous 12 qualification competition. Her upward career trajectory had many putting the world no. 3 down as favourite against the no. 5 ranked LIU.

This included the match’s remarkable fifth game, which she won 11-0, repeating the feat achieved against DING Ning (CHN) in the semi-final. To win a game by 11-0 in back-to-back final rounds of a World Championships is virtually unheard of.

While CHEN threatened to take the following and final game, LIU kept her nerve and eventually crossed over the line, breaking down in tears within seconds of the match ending. Her raw emotion showed just how much this victory meant to her.

“Ever since I became Women’s World Cup Champion at the age of 19, I have always dreamt of winning the World Championships. Since then, I missed out on the opportunity by losing two finals. I found myself doubting my ability to succeed and I even considered giving up. Therefore, I am very grateful to all those who have been supporting me all this while and my team for giving me this chance to win today. I think that I deserve this trophy, even if it has taken time.”LIU Shiwen

GOLD AT THE FIRST TIME OF ASKING

MA Long and WANG Chuqin (CHN) began their Men’s Doubles partnership on Monday in the round of 64. Five days later, they were confirmed World Champions!

The pair overcame the spirited international duo of Ovidiu IONESCU (ROU) and Alvaro ROBLES (ESP), who had won over many supporters over the course of their fairytale journey in Budapest. By reaching Saturday’s showpiece encounter, they created history with Romania represented at a first ever Men’s Doubles final at the World Championships, and Spain represented in any final at table tennis’ biggest event.

However, they were unable to go one step further and produce what would have been one of the great shocks in the competition’s history, despite momentarily asking questions of their esteemed opponents by winning the third game in a 4-1 defeat (11-3, 8-11, 11-7, 11-3, 11-4).

For 30-year-old MA Long, this was his second World Championships Men’s Doubles title of his career, after 2011 in Rotterdam, while for 18-year-old WANG Chuqin this was a first ever taste of silverware on table tennis’ greatest stage – an experience which is certain to give the 2019 Youth Olympic Games gold medallist plenty of confidence as he looks to grow his career under the expert guidance of one of the sport’s all-time greats.

“I gained a lot from playing alongside MA Long. I learnt from his attitude. I enjoyed playing with him because he encouraged me even when I made mistakes. It took my mind away from any errors. He also offers advice while playing. I am so excited with this title in my first World Championships and I hope to celebrate it in my own way once the dust has settled.”WANG Chuqin

THREE IN A ROW FOR MA LONG?

At present, world no. 9 LIANG is ranked two places higher than MA and he ran his compatriot very close in all five games, winning the second and frequently outpowering him in the many blistering rallies exchanged.

However, the experience of MA eventually told, as he took the match by the scruff of the neck – as is so often his way – to clinch three consecutive games and set up a final showdown with Mattias FALCK.

Not since 1997 in Manchester when Jan-Ove WALDNER (SWE) defeated Vladimir SAMSONOV (BLR) for Men’s Singles gold has a Swedish player been crowned World Champion.

The Swede, who has been playing spectacular table tennis over the last month, reaching the ITTF Challenge Plus Oman Open final and narrowly missing out on a date with MA Long at the ITTF World Tour Qatar Open final, has now set up a mouthwatering clash against the table tennis great at 13.30 GMT+2, streamed live on itTV.

As for 19-year-old Korean AN, a bright future in the sport surely awaits. The teenager defied all the odds by reaching the semi-final from the depths of the preliminary rounds, winning eight matches and claiming several prominent scalps from world no. 14 WONG Chun Ting (HKG) to no. 10 JANG Woojin (KOR) via no. 4 Tomokazu HARIMOTO (JPN). His own world ranking of 157 is destined to drop over the upcoming months, and fast.

At 14:30 GMT+2, all eyes will be on the Women’s Doubles final, which for the first time since 1971 will pit a Japanese pair against a Chinese one.

As their top seeding predicted, Mima ITO and Hina HAYATA (JPN) defeated compatriots Honoka HASHIMOTO and Hitomi SATO over six games, but the 4-2 scoreline only told half the story as their 3rd seeded opponents had taken a 2-1 lead.

Day 8 brings the curtain down on the World Championships with Men’s Singles and Women’s Doubles finals scheduled for 13.30 and 14.30 GMT+2 respectively.