Shock results continued on Day 6 at the Liebherr 2019 ITTF World Table Tennis Championships, as players battled it out for places in the final stages of an unforgettable event so far in Budapest. 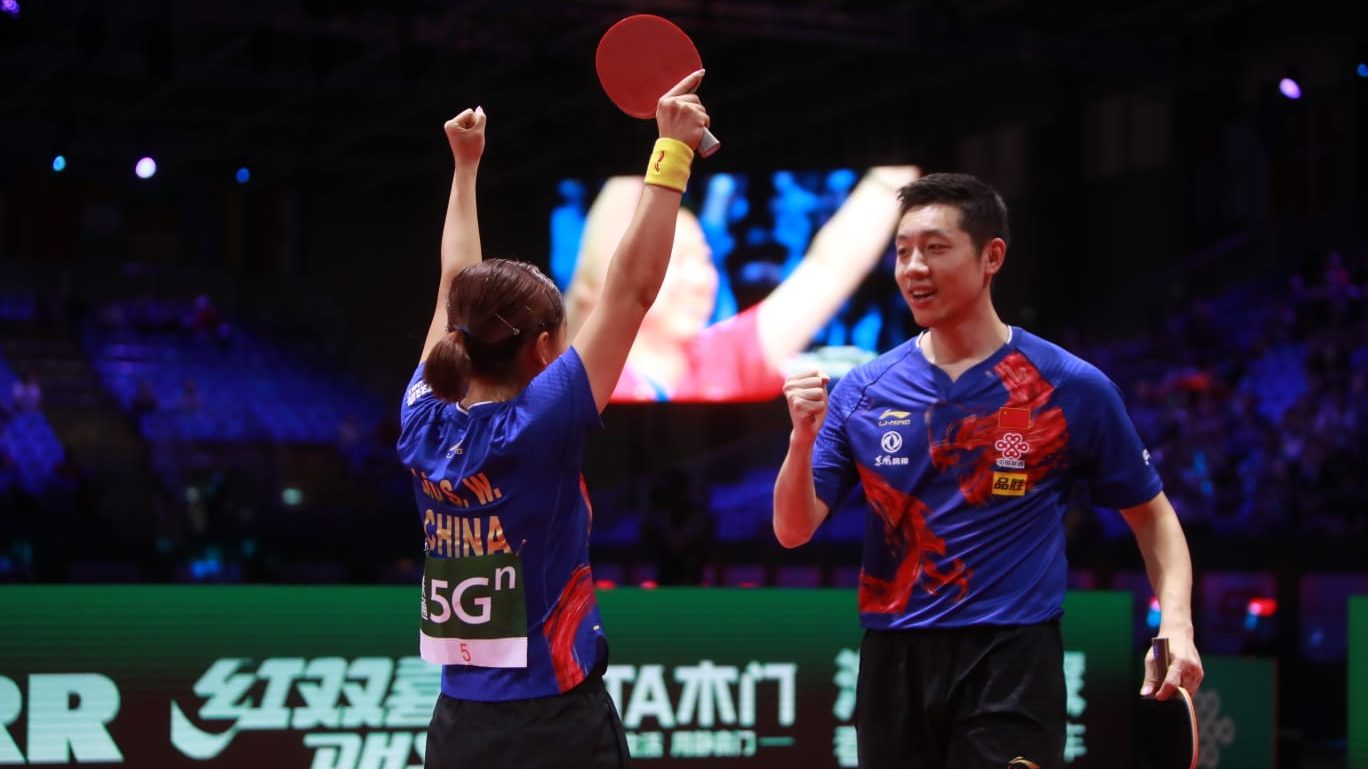 The biggest event of the day saw an outstanding showdown unfold between Chinese and Japanese stars in the Mixed Doubles final, delivering the first silverware of this year’s World Championships.

“Our opponents have made three consecutive finals at the World Championships, so we were familiar with their style of play and prepared well for this match.” XU Xin

Impressively, the Chinese duo remain unbeaten since creating their formidable partnership at last November’s Austrian Open and would appear to be in pole position now to form China’s Mixed Doubles pairing at the Tokyo 2020 Olympic Games.

“No doubt, I’m very happy right now. We have proved ourselves by winning this title, which gives us confidence that we have a chance to compete at Tokyo 2020. We will keep fighting.” LIU Shiwen

A new name will be added to the list of Women’s Singles gold medallists after defending champion DING Ning (CHN) bowed out of the competition in dramatic fashion at the hands of two-time World Championships runner-up LIU Shiwen (CHN).

CHEN Meng (CHN) came through the other Women’s Singles semi-final unscathed, as she romped to a thunderous 4-0 win over compatriot WANG Manyu (11-5, 11-7, 11-5, 11-8) to reach her first World Championships final.

Few would have thought that possible when the 19-year-old entered the competition in the preliminary rounds last Sunday. Since then, he has now won a grand total of eight matches, defeating some star names in the process, such as WONG Chun Ting (HKG) and Tomokazu HARIMOTO (JPN).

The youngest player to reach the semi-finals here in Budapest, AN is officially the underdog by ranking, but is gradually starting to lose that tag by virtue of his consistently impressive performances. How much more history will the teenager now make?

Despite levelling the scores at 1-1, the Frenchman struggled to cope with the Swede’s very aggressive playing style and could not prevent his exit from Budapest, as FALCK ended Sweden’s 20-year wait for a World Championships medal, making sure of bronze.

Their victory set a new record, as Spain will now be represented at the final hurdle on the World Championships stage for the first time while Romania’s presence in the Men’s Doubles final is also a first.

READY FOR THE WEEKEND

More medals and amazing action are in store for Day 7. Make sure you do not miss any of the action on itTV!