Shocked. Stunned. Speechless. History is made on Day 4 at the Liebherr 2019 ITTF World Table Tennis Championships!

History is made on Day 4 at the Liebherr 2019 World Table Tennis Championships. 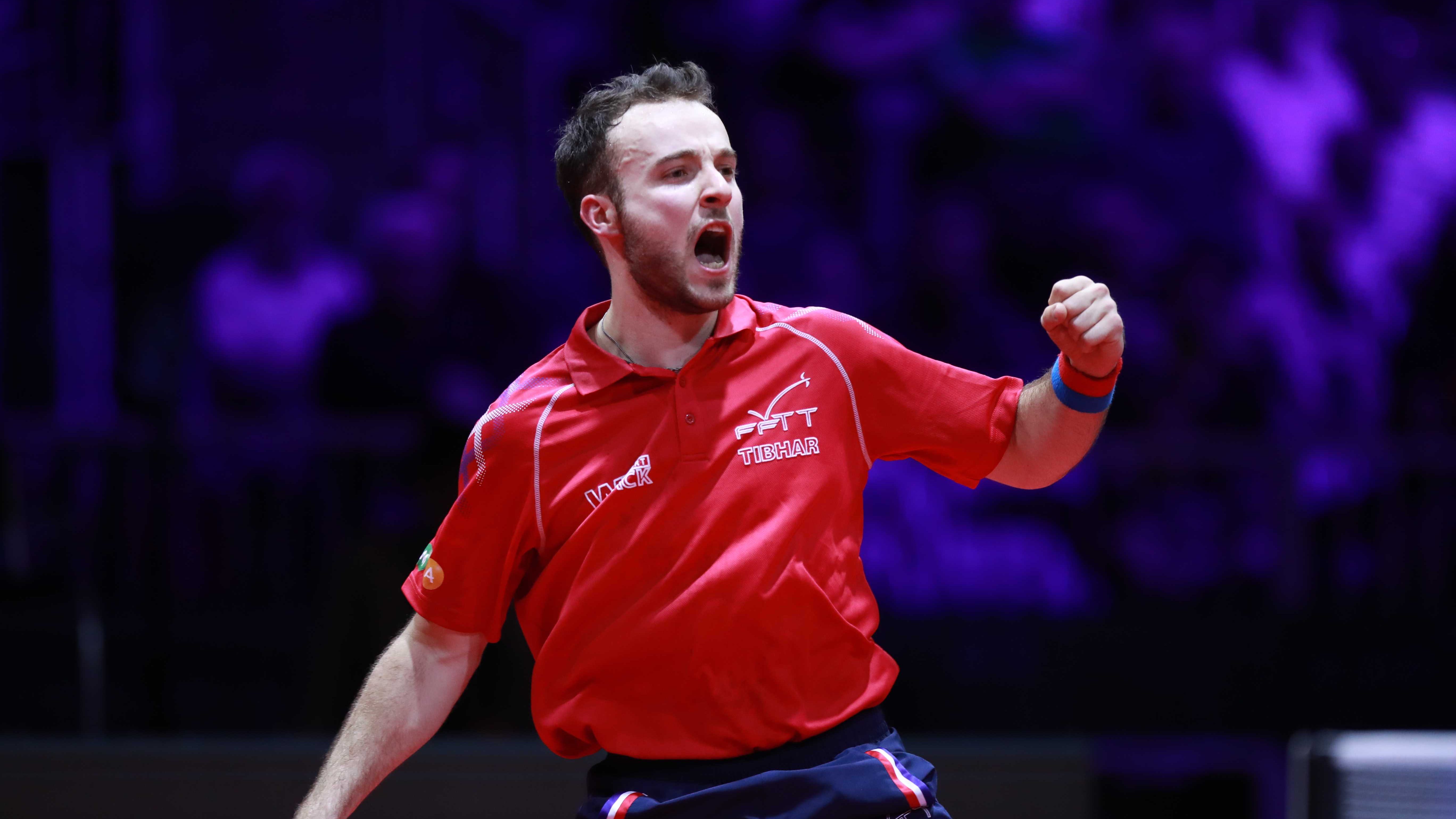 ONE OF THE ALL-TIME GREAT UPSETS

The swashbuckling style of both players always had this match down as a potential classic and that is how it transpired, with a number of scintillating strokes exchanged and, despite trailing after the third game, GAUZY it was who prevailed amidst the deafening cheers of a passionate crowd inside the HUNGEXPO Budapest.

The result and elimination of XU, the only Chinese athlete in his half of the draw, ensures that this will be the first time in 16 years that the Men’s Singles final does not feature two Chinese players: a scenario not seen since Werner SCHLAGER (AUT) reached and won the final back in 2003 in Paris.

Few may have expected Tomislav PUCAR (CRO) to progress beyond the round of 32 when he drew former world no. 12 Dimitrij OVTCHAROV (GER), but the reality is that the world no. 58 is playing comfortably the best table tennis of his career to date.

Following impressive showings at the ITTF Challenge Plus Oman Open, where he reached the semi-finals, and a round of 32 finish at the ITTF World Tour Qatar Open, the 23-year-old’s career has been on an unmistakably upward trajectory, so much that his match-up against the former world no. 1 had an air of the unexpected about it.

Day 4 also saw Japan’s second highest-ranked player crash out of the competition, as world no. 7 Mima ITO (JPN) failed to deal with the ever-improving SUN Yingsha (CHN). The world no. 29 is so far justifying her selection for the World Championships amidst typically stiff competition and accounted for ITO in five games (11-6, 11-9, 11-9, 13-15, 11-2).

EXCITING TIMES AHEAD FOR LATIN AMERICA

One day after Adriana DIAZ (PUR) broke new ground for Puerto Rican table tennis by becoming the first player from the nation to reach the round of 32, there would be another record broken by another rising star from the Latin American region.

Hugo CALDERANO (BRA), who has taken the world by storm in recent years to attain the world no. 7 spot, provided the continent with yet more cause for celebration in Budapest. The 22-year-old’s convincing 4-0 victory over Sathiyan GNANASEKARAN (IND) in straight games (11-6, 11-3, 11-9, 11-9) means he equals Latin America’s personal best record of a top 16 finish on the World Championships stage, a feat that was previously achieved by BIRIBA and Claudio KANO in 1961 and 1971 respectively.

The same round in the same competition saw another upset unfold, as Patrick FRANZISKA and Petrissa SOLJA (GER) locked horns with Mima ITO and Masataka MORIZONO (JPN). FRANZISKA injured his right foot in the sixth game only a few shots before match point. After a medical time out, he and SOLJA got back in the game to finish off a well-earned 4-2 victory to make sure of a bronze medal finish.

More incredible matches are in store for Day 5, as players start to target the major prizes on offer this weekend in Budapest.