Meet the qualifiers at the Liebherr 2019 World Table Tennis Championships

Two days down. Now the fun begins in Budapest with the start of the Men’s & Women's Singles main draw. 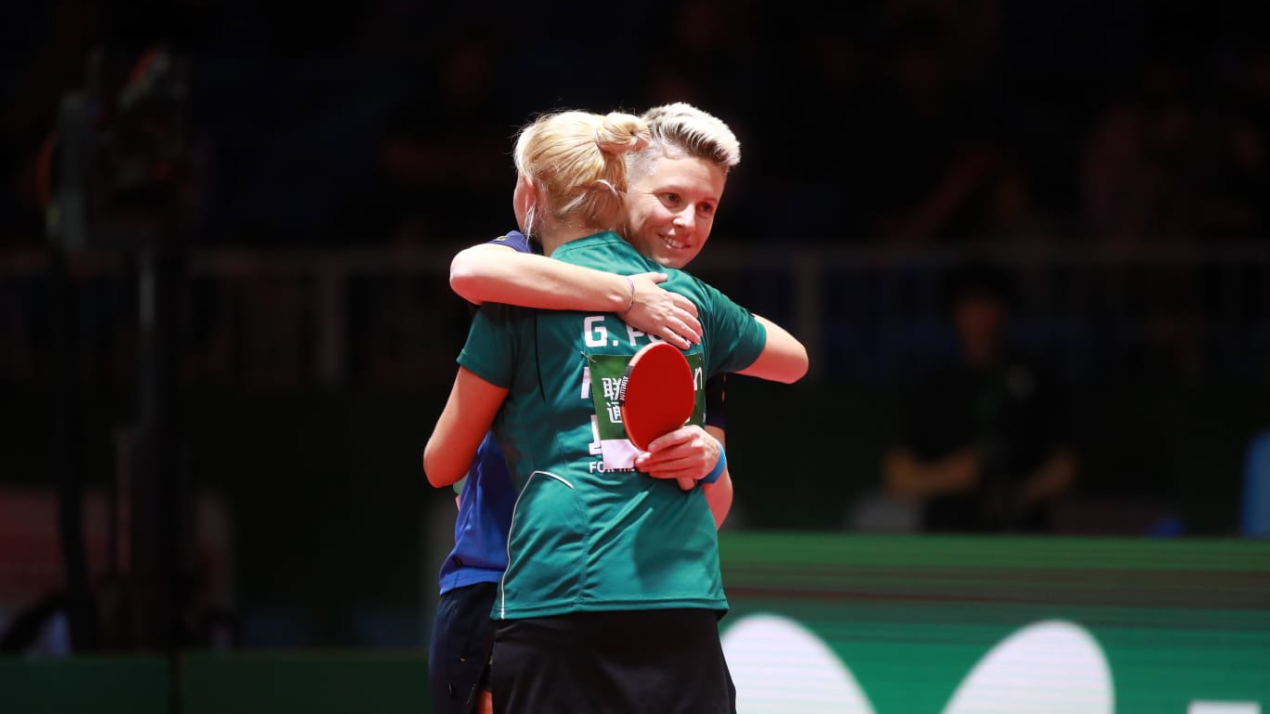 Day 2 at the Liebherr 2019 ITTF World Table Tennis Championships saw the remaining qualification matches wrapped up at the Hungexpo, while main draw fixtures kicked off in all of the Doubles competitions.

It is extremely rare when top seeds are no longer the ‘favourites’ to progress at the round of 32, but that is what happened when WONG Chun Ting and DOO Hoi Kem (HKG) were drawn against the unseeded, newly formed Mixed Doubles pair of FAN Zhendong and DING Ning (CHN).

The Chinese stars made light work of the challenge placed in front of them, registering a straight-game victory: 4-0 (11-7, 11-9, 18-16, 11-5). As things stand, the pair are on course to meet compatriots and 2ndseeds, XU Xin and LIU Shiwen in the semi-finals.

Against the backdrop of deeply troubling scenes and financial turmoil in their home country of Venezuela, Cecilio CORREA and Jan MEDINA defied all the odds to reach the main draw in the Men’s Doubles competition before eventually losing out to Eric JOUTI and Gustavo TSUBOI (BRA).

Despite their exit, the Venezuelan duo should be highly commended for their efforts: meeting all of their own costs to compete with no financial assistance available from their country’s sport ministry, CORREA and MEDINA’s journey is simply one of inspiration, which can be read in full here.

Age not a barrier

A thrilling seven-game encounter played out between 43-year-old Aleksandar KARAKASEVIC (SRB) and 37-year-old Michael MAZE (DEN) proved that age is just a number.

Houston (USA) and Chengdu (China) have been unveiled as the host cities for the 2021 and 2022 editions of the World Table Tennis Championships Finals following an historic vote at the ITTF’s Annual General Meeting.

The 2021 World Championships Finals will not only see the implementation of the expanded format to ensure closer to maximum participation among member associations, but they will also be taking place outside of Europe and Asia for the first time in 82 years. Click here for more.

Potential visual change in the sport

Also catching the eye from the AGM is a proposition from the Hong Kong Table Tennis Association to introduce different coloured rubbers on rackets, and not just the currently permitted colours of red and black.

If the AGM accepts the proposition, the Equipment Committee will coordinate efforts in order to develop a list of authorised colours, with specifications then submitted to the Board of Directors for implementation after the Tokyo 2020 Olympic Games.

Tuesday will see the start of the main draw in both the Men’s and Women’s Singles events. Watch action from 8 tables on itTV.