Staged from Monday 1st to Wednesday 10th April, supported by Olympic Solidarity and administered under the direction of ITTF High Performance and Development, Vung Tau, a port city in southern Vietnam was the recent home for an ITTF/PTT Level One Coach Education Course and Training Camp.

Representing no less than 21 provinces, overall 30 students attended, 26 men and four women, aged from 20 to 51 years; notably 40 per cent of the course members were involved in full time coaching, the remainder part time. Additionally, nine coaches, seven men and two women were present in the role of observers

Present to commence proceedings, alongside many local dignitaries, Tran Gia Thai, President of the Vietnam Table Tennis Federation, who had travelled over a thousand miles to attend, addressed all concerned at the opening ceremony. He thanked everyone for making the course possible and outlined goals of the national federation.

“Every session of three hours was extended to 40 minutes due to coaches’ enthusiasm and course translation needed. Certainly, I was most pleased to see the productive discussions in each session and how everyone was actively involved. The ten minute practical presentation skills and activities implemented by the participants were impressive and enjoyable, all passed. In addition to sharing ideas amongst themselves, they all worked as a team.” Christina Chee

Most notably during the course, the knowledge regarding para table tennis was greatly increased; the response from all being most positive.

In particular Nguyen Mai Thy, former national player, now head coach at the Ho Chi Minh City Club was most positive with regards to the value of the course, as was Nghiem Trong Chuong, the coach at the Vung Tau City club. 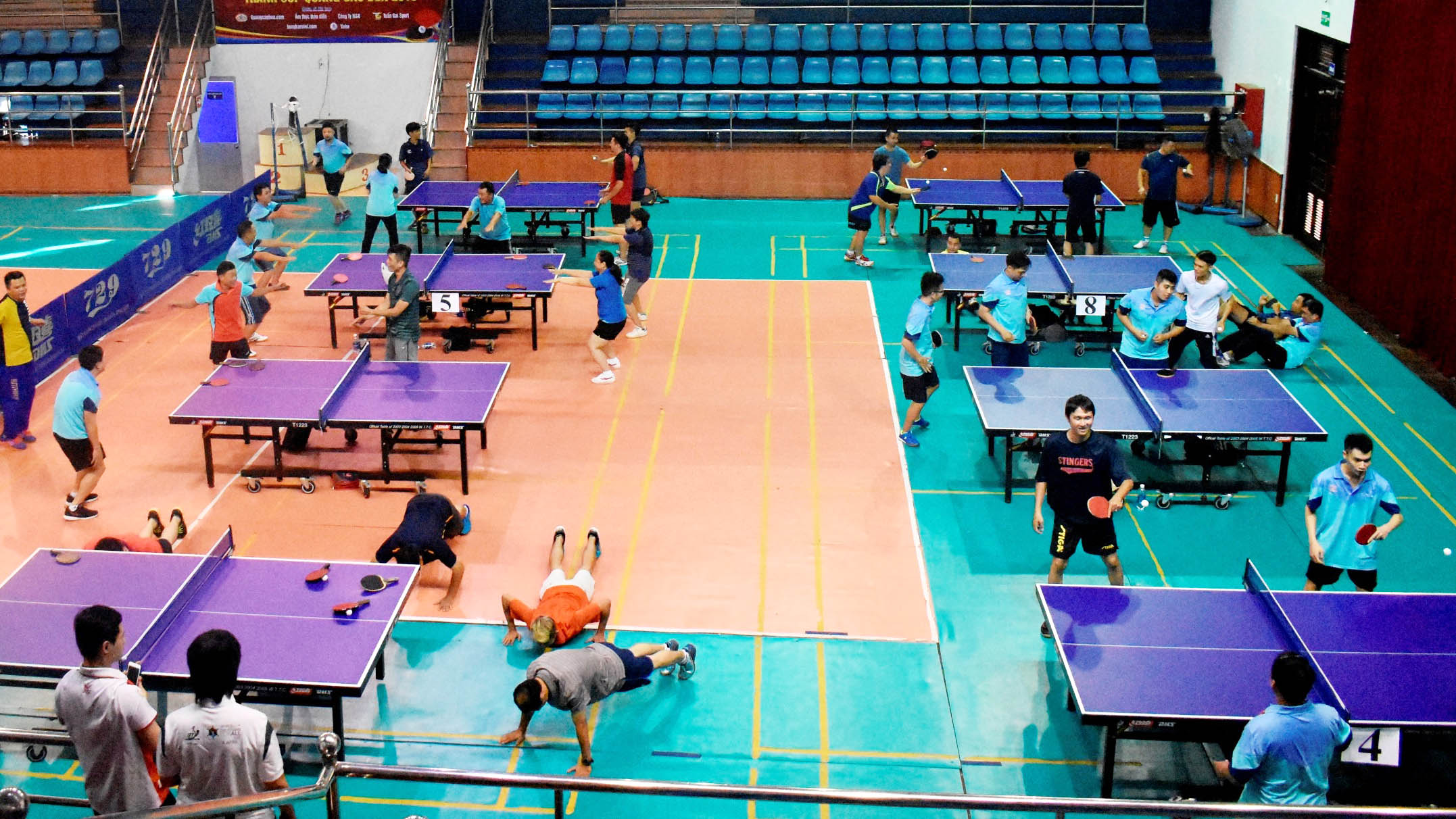 A skills circuit in motion (Photo: courtesy of Christina Chee)

Education completed, matters concluded with a four day training camp from Saturday 6th to Tuesday 9th April. Under the guidance of the 30 course members, who held daily meetings to devise schedules, primary school and children in the early years of secondary education from Vung Tau City were introduced to the sport.

“I was pleased to see young smiling faces; lessons were conducted in a fun and enthusiastic environment with an emphasis on developing the fundamental motor skills and basic table tennis techniques.” Christina Chee

Matters concluded with a small tournament; to the surprise of all awards being presented to conclude what proved a most splendid initiative; the names too numerous to mention, co-operation, enthusiasm and no lack of dedication resulted in a most rewarding experience for all concerned.

Submit your application to the 2022 Mentorship Program