Progress continues in Rwanda, another first

Located just south of the equator, the African country of Rwanda was the home for a recent initiative to increase the number of match officials.

Organised under the auspices of ITTF High Performance and Development, a Basic Umpires, Basic Referees and Tournament Organisation Course was held from Monday 26th November to Monday 3rd December ; the expert on duty was Belgium’s Isabelle Beumier.

Significantly, it was the first such course to be staged in the country, very much supporting the efforts of John Bosco Birunghi, the President of the Rwanda Table Tennis Federation, in the past two years thanks to his efforts, there have been major strides forward. Notably, some 40 table tennis tables have been allocated to local schools.

“The biggest challenge was language, some members preferred French as opposed to English. I conducted the courses in both languages. However, their level of understanding was not high enough to read quickly and understand all the questions.” Isabelle Beumier

Recently very much in liaison with the course, on Saturday 1st and Sunday 2nd December at the Green Hills Academy Gymnasium in Kigali, the East Africa Regional tournament was staged attracting entries from Eritrea, Kenya, Tanzania and Uganda.

“The students were able to practise their umpiring skills at the regional East Africa Tournament held during the week end. It was the first ever organized tournament in Rwanda. New Basic Umpires were able to realise that umpiring requests many qualities.” Isabelle Beumier

“Especially in the Referee course, there are too many things to learn in two days.” John Bosco Birunghi

A total of 12 candidates attended the Tournament Organisation Course and received the relevant certificates of attendance.

It was for all a learning experience and was well received, the efforts of the Rwanda Table Tennis Federation being appreciated; a fact summed up by Anthony Napo.

“I knew nothing about table tennis, I am a swimmer but as I am teaching in school and we have tables, I will now be able to organize table tennis activities in my school. I am very pleased with what I learned here.” Anthony Napo

Undoubtedly the initiative proved most worthwhile. 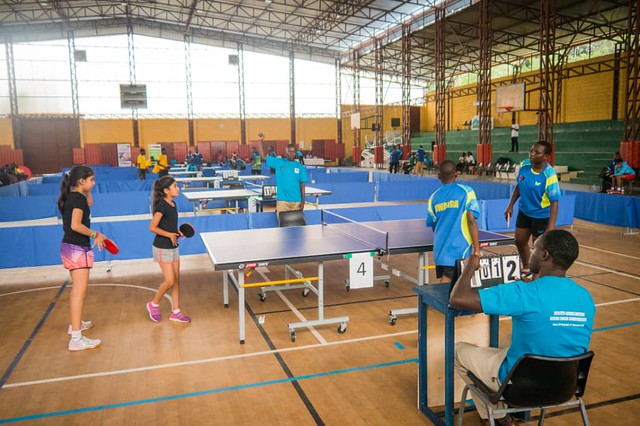