Davao City, the third largest city in the Philippines was host for a recent ITTF Advanced Rules Refresher Seminar and Tournament Organiser Course.

Organised under the auspices of ITTF High Performance and Development, in conjunction with the Philippines Table Tennis Federation, a Rules Seminar was held from Friday 29th and Saturday 30th November; a Tournament Organisation Course on Sunday 1st and 2nd December.

Locally matters were administered under the most capable hands of Orlando Rivera and Friendee Nuñez, members Philippines Table Tennis Federation Davao Region. In addition Rachel Ramos, a familiar face on the international scene and Head of Umpires and Referees Development for the Federation, organized the logistics. All three were present for the majority of the course, thus showing great support for the initiative. 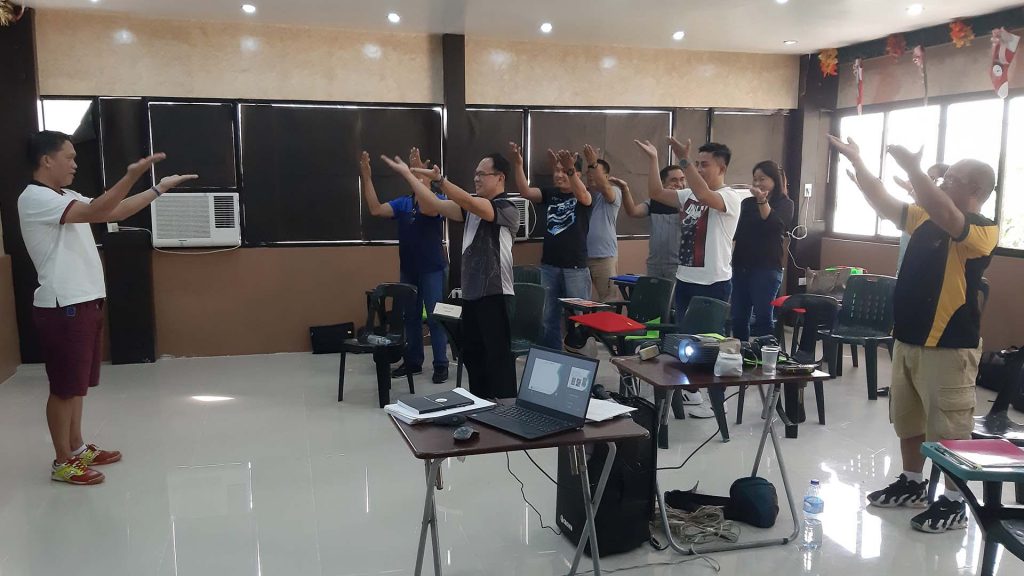 A different way to start the day (Photo: courtesy of CK Chan)

Proceedings were conducted in one of the meeting rooms of the Pacific Palm Suites Hotel in Lanang, the ITTF expert on duty being Hong Kong’s CK Chan. Notably, overall, a total of 23 students, of whom four were female, attended the Advanced Rules Refresher Seminar, the number including 10 international umpires, the other members being national umpires.

Meanwhile, the Tournament Organisation Course attracted 36 participants with 12 being female from a wide range of backgrounds; the group ranging from those involved in education to administrators, officials and players. Notably some travelled long distances to be present.

“During the Advanced Rules Refresher Seminar, the participants were eager to update and improve their knowledge and skills in officiating table tennis, in understanding the current practices and procedures adopted by the ITTF Umpires and Referees Committee.” CK Chan 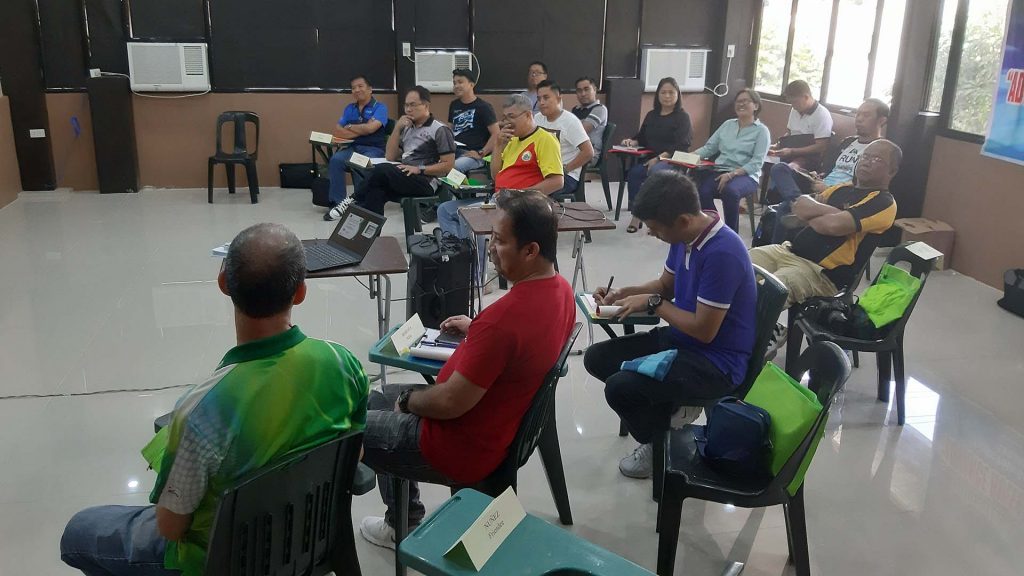 The Rules Seminar in progress (Photo: courtesy of CK Chan)

An intense programme for what proved a well-informed group, the review test on day two underlining that everyone was very much up to date with current rules and regulations.

“For the Tournament Organisation Course, candidates discussed and brain-stormed on motivation and process of organizing table tennis events. They challenged themselves on the roles and requirements of the Organising Committee and the different functional committees. They asked many questions and took part in the group discussions very enthusiastically.” CK Chan 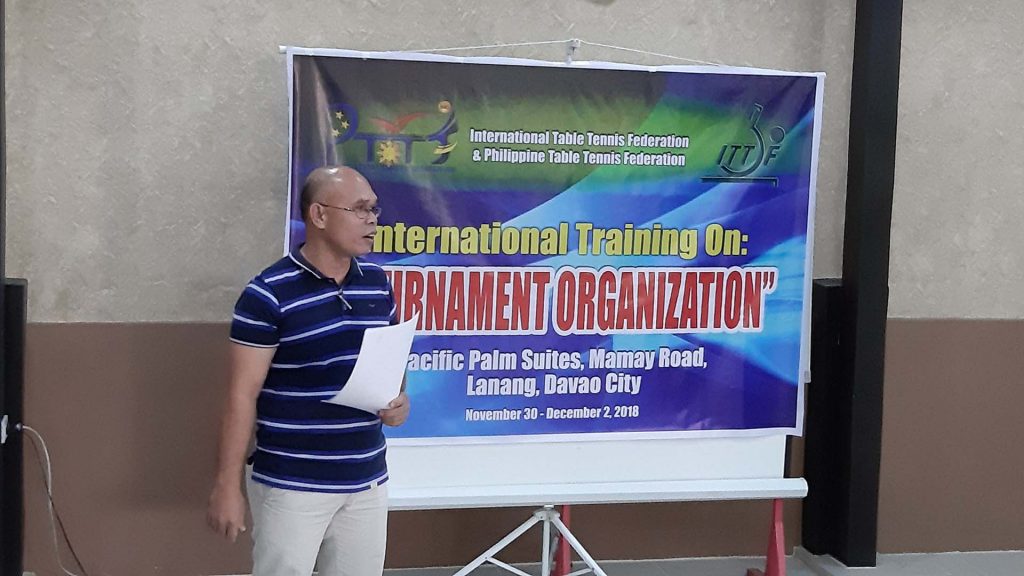 A welcome greeting to the Tournament Organisation Course from Orlando Rivera (Photo: courtesy of CK Chan)

All responded to the efforts of CK Chan; Daniel Deleniana, Vice President of Philippines Table Tennis Federation, Region IV-A summed up the feelings of the group.

“This training seminar motivated us to organize and officiate table tennis tournaments in a high standard and in accordance to ITTF laws and regulations. Topics were all well discussed and so beneficial for us in hosting provincial, regional, national and also international competitions.” Daniel Deleniana 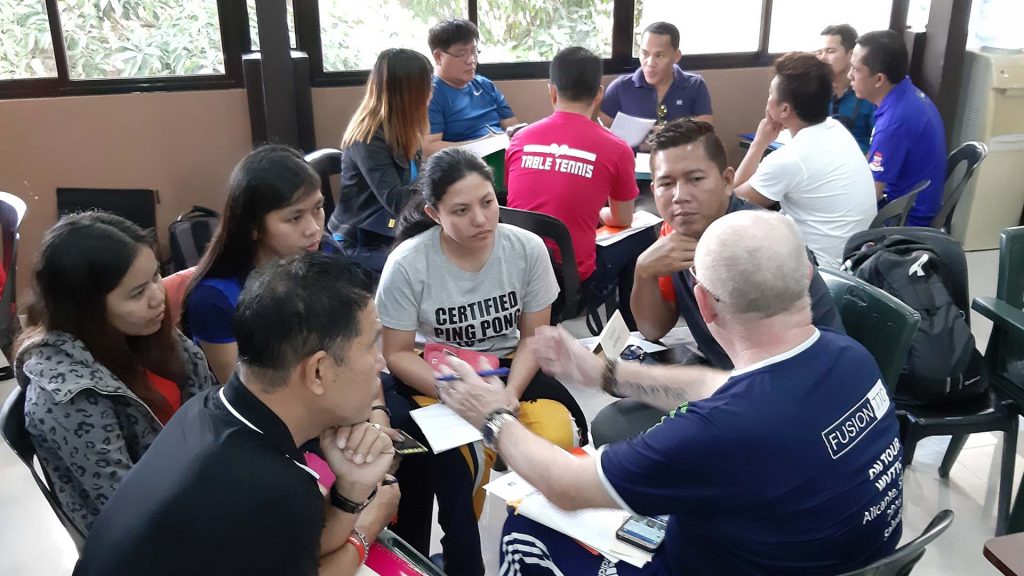 A positive response, it was the same from Darwin Conrad Delizo, a high school teacher from Baguio City, at 23 years old, the youngest member on the course.

“The tournament Organization Course dealt with the different aspects on how to achieve a successful tournament. From planning to awards, internal services to external services, liaison amongst self and stakeholders; no part was easy but we had a taste of all ingredients of organizing a tournament. The course made us hungry for more. The group work during the course was fun and learning at the same time. Materials provided helped us remember the “things-to-do” in organizing an event. I believe everyone came here empty handed and went home with a handful of ideas. I thank the organizers for doing a job well done. Hospitality and kind hearts were felt.” Darwin Conrad Delizo 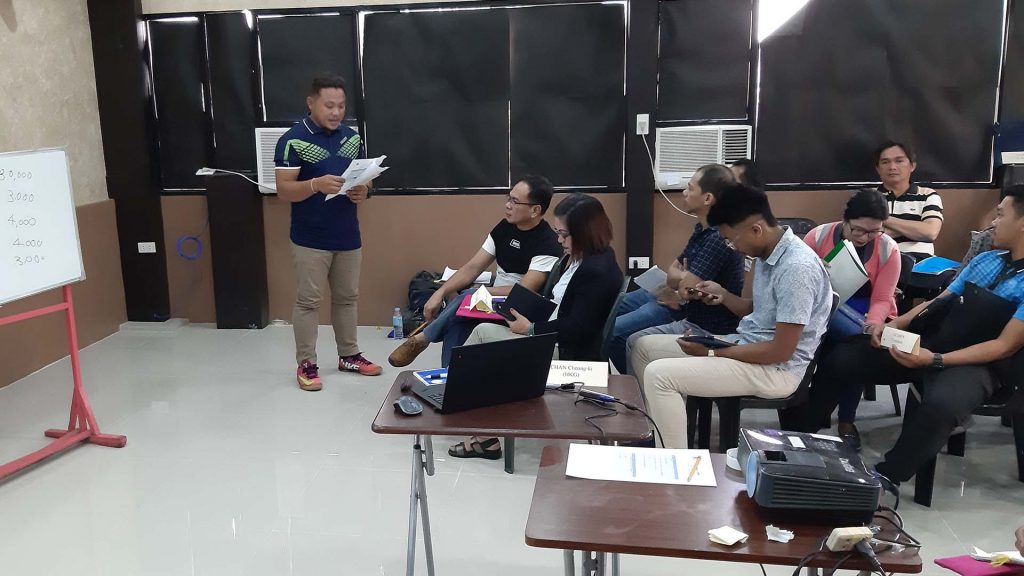 A presentation being made on the Tournament Organisation Course (Photo: courtesy of CK Chan)

Virtually, all participants expressed that they are confident that they will help their country to run tan international table tennis event.

“Overall the courses more than met the expectations of the Philippines Table Tennis Federation. The two training courses were very helpful in enhancing the skills of the participants in umpiring and tournament organizing at international level.” Friendee Nuñez

A motivated group and it was motivated course conductor who departed, grateful for all the support he had received; most importantly, he hopes to return, especially to witness an international tournament in the Philippines. Now, more than ever the national association possesses the skill. 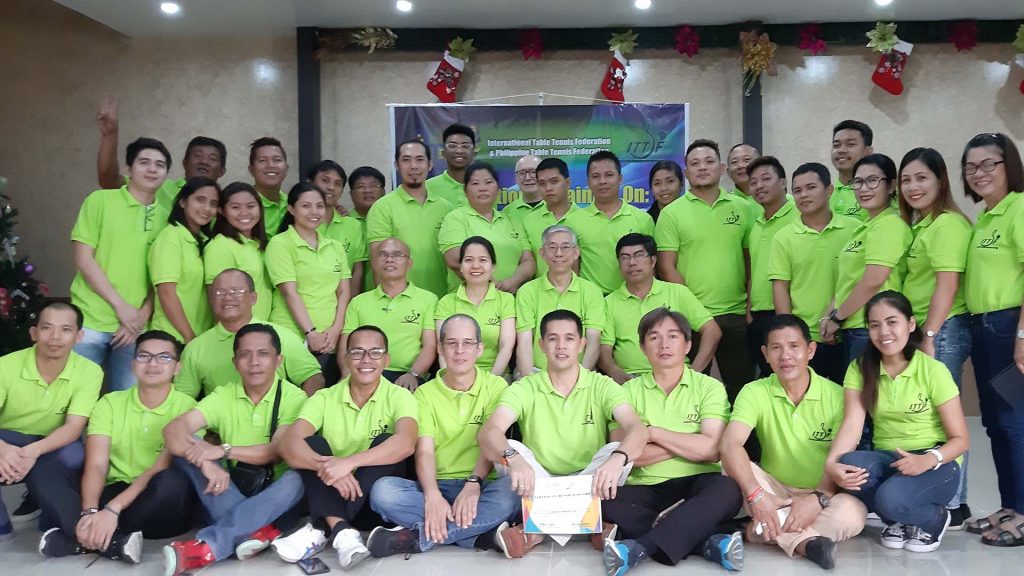