The training days began with 30 minute footwork sessions before breakfast, followed by a three hour morning session that ended with a physical fitness. The afternoon featured another three hour training session focused on serve and serve return in addition to multi-ball practice.

Overall, a most successful initiative appreciated by all concerned; a fact endorsed by Judy Hugh, the United States coach present

“The Rough Diamonds Camp in Luxembourg was a great experience for the United States players, despite being very exhausting! In terms of the training facilities and living arrangements, the security and logistics of the Institut National des Sports couldn’t have been any more convenient, everything was located within the same training grounds. I’d say overall the Rough Diamonds Camp was a success, as many of the players showed visible improvement by the end of the training camp. I am very grateful to have been able to be a part of it.” Judy Hugh 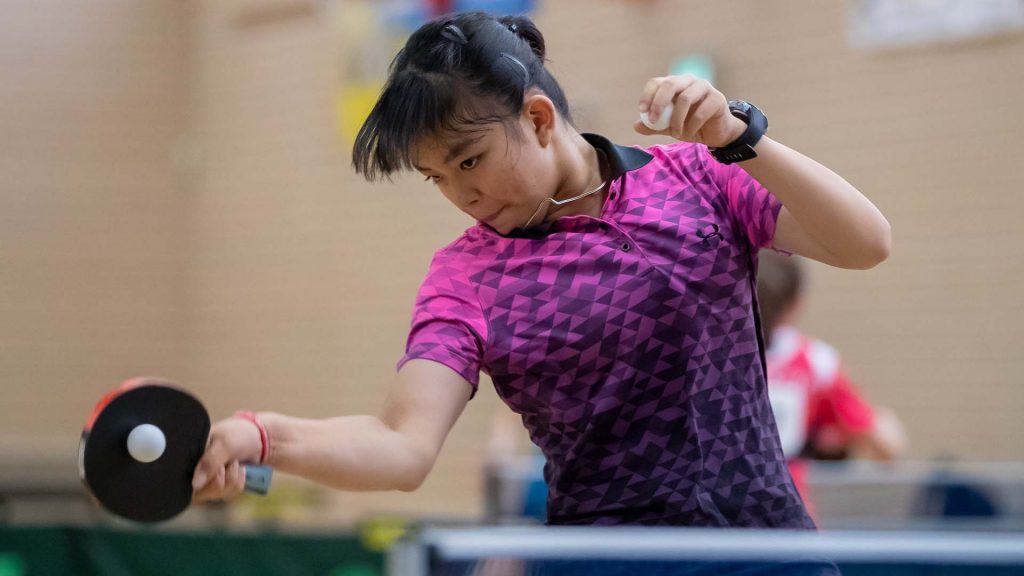 Notably, the physical aspect was supplemented by educational sessions, where Zhu Wentao explained the importance of good technique, especially in regards to the so-called “circle movements” related to the transition from forehand to backhand and vice-versa. He also elaborated on the simple explanation of how to generate power and energy from the body.

In addition, just like the table tennis sessions, the lectures were well received by players and coaches; Spanish coach, Aitor Puig was most appreciative,

“It was a great experience to share with all the coaches and players and it was very interesting to learn a lot of things from the China Table Tennis College on how to keep working with young players in the future.” Aitor Puig 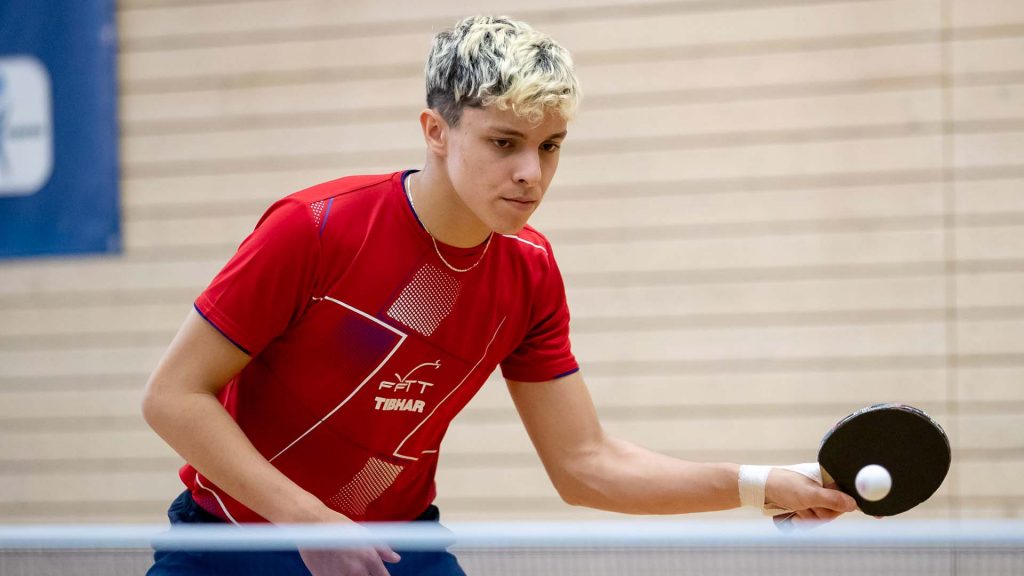 In addition to the more common themes of a training camp, the 2018 Rough Diamonds were offered a unique opportunity to be part of a research study carried out by the Lunex International University in co-operation with the German Sport University Cologne. The research project, led by Prof. Dr. Andreas Mierau and Dr. Thorben Hülsdünker of Lunex International University, examined the brain processes contributing to the exceptionally fast visuomotor reactions in table tennis athletes.

“High ball velocities in table tennis require the players to initiate movements under critical time pressure. The ball’s velocity, spin and trajectory must be perceived within milliseconds and transferred into a motor response. The speed of these so-called visuomotor reactions mainly depends on the central nervous system, which makes especially the brain a performance determining factor in table tennis.” Dr Thorben Hülsdünker 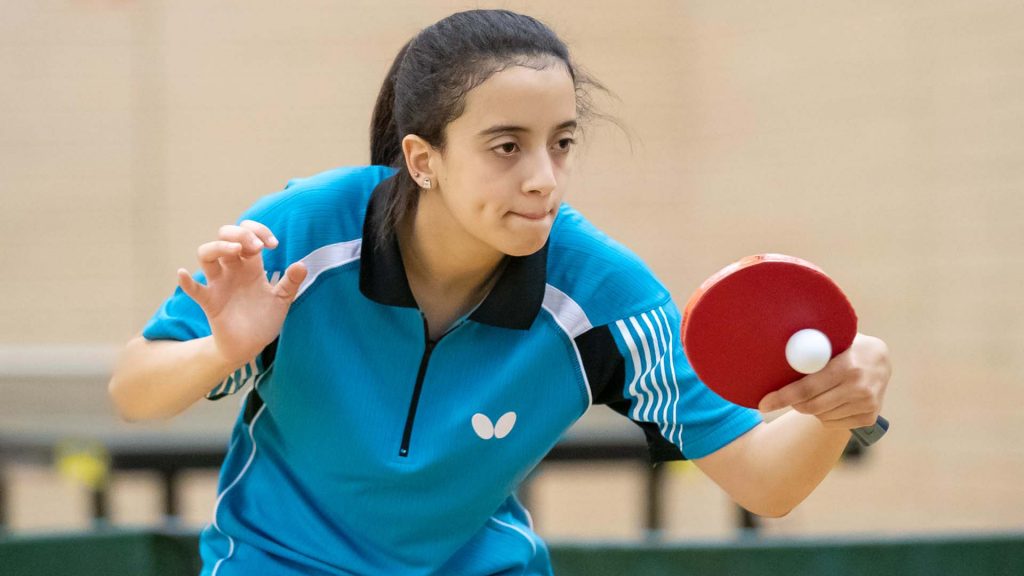 Overall 21 players performed standardized reaction tasks on a computer screen as well as table tennis specific reactions by receiving balls ejected by a robot. During the tests, the athlete’s brain activity was recorded from 64 locations using electroencephalography (EEG) to investigate the speed of perceiving the visual stimulus and transferring that information into a movement.

“The results could not only provide detailed insights into the neurophysiological performance determinants in table tennis but further allowed a more individual assessment of the strengths and weaknesses during visuomotor reactions and may form the basis for developing training interventions specifically addressing processes in the brain”, Thorben Hülsdünker 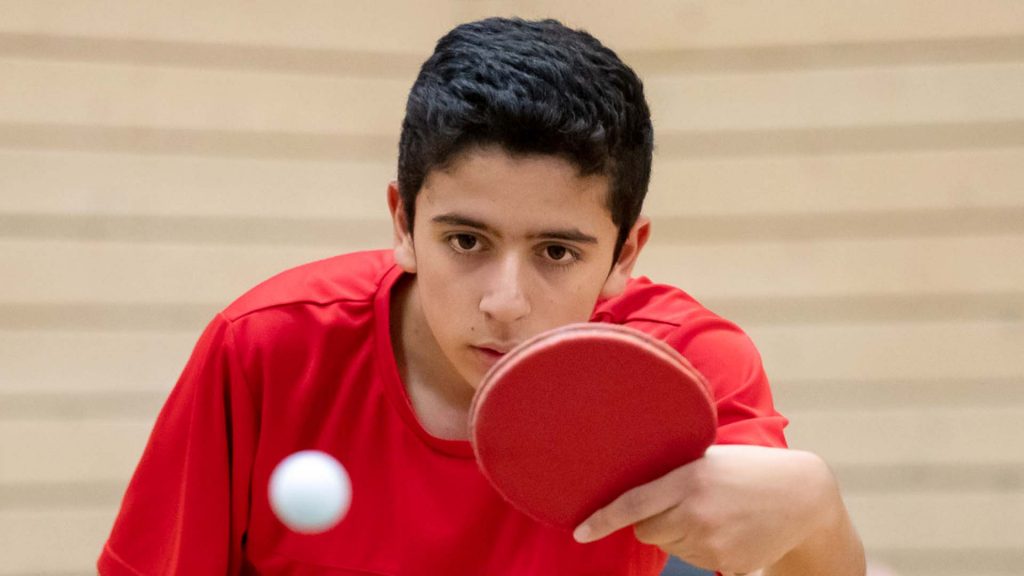 Our thanks for the success of the camp go to Head Coach Zhu Wentao and assistant coach Xi Minjie; also to Luxembourg National Coach Xia Cheng for his constant sharp help and translation.

Also a vote of thanks goes to ITTF High Performance Manager, Massimo Costantini, for his full co-operation and finally to the China Table Tennis College Europe Sport Manager and Co-ordinator Mr. Martin Ostermann for his never ending support. 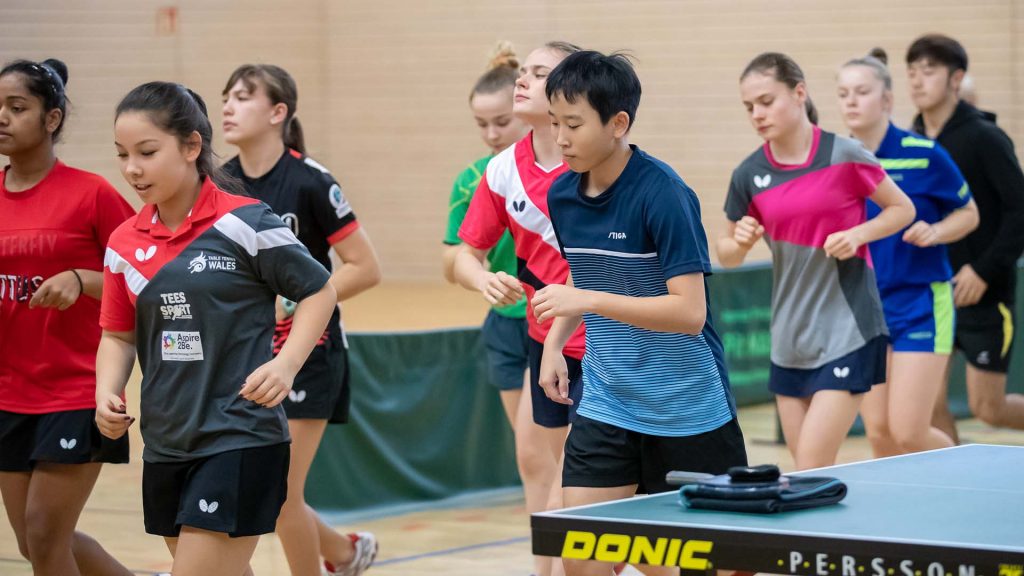