The ITTF World Cadet Challenge in Tottori in mind, the Hopes Team arrived in Okayama, Japan on Monday 15th October for a training camp supported by the Global Sports Foundation and Butterfly; they were welcomed by Kosuke Neya at the Neya Table Tennis Club and started work immediately after disembarking the plane in Okayama.

Four boys and four girls, accompanied by their coaches, will compete in Tottori; selection having been as a result of the 2018 ITTF World Hopes Week and Challenge, part of the Global Hopes Programme organized under the auspices of ITTF High Performance and Development. Ths

In Okayama, Kosuke Neya provided the Hopes with fantastic practice partners. They kept the Hopes on their toes, preparing them for things to come when competition kicks off on Saturday 27th October. The coaches played an active part in proceedings, taking over some of the training sessions under the guidance of Head Coach, ITTF High Performance Manager, Massimo Costantini.

“It was a camp of choral involvements and efforts. My idea of this camp was to have all our eight coaches, as well as the Japanese coaches, actively working at the table and making the players comfortable in their performances. We have learned and we have taught, we have enjoyed and we have worked hard, the perfect mix of a successful camp. I wish to personally thank Neya Kosuke and his staff for the great co-operation”, Massimo Costantini

The participating coaches were highly satisfied with the training camp. Especially immersion into the Japanese way of table tennis life scored highly. Romania’s Teodor Bulbuc praised the high level of play within the club and the opportunity the camp provided for the Hopes players. Ireland’s Conor Higgins agreed.

“To immerse oneself in the Japanese way of table tennis is a wonderful learning experience. Here at the Neya Table Tennis Club in Okayama, the young Japanese boys and girls played with so much power and speed, it is breathless to watch and poses a great challenge for our young Hopes players. It’s a privilege also to witness the club’s little ones at their club training session. You can see table tennis is not just a game but part of their culture. Max Costantini has been very wise in his preparation of the ITTF Hopes Team; the contributions of the coaches from the various countries have provided great learning too. I’m looking forward to our onward journey to Tottori for some more great experiences.” Conor Higgins 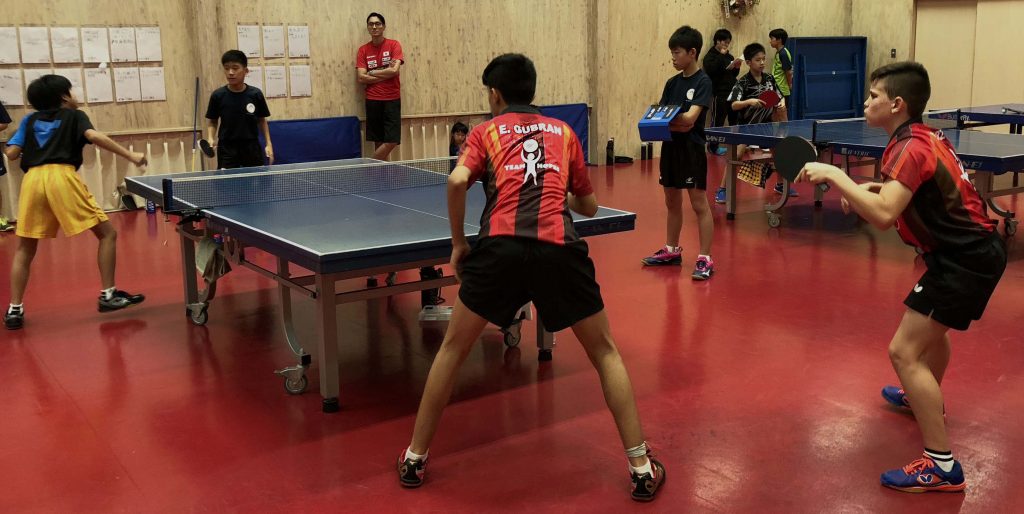 Equally, there were positive responses from Yemen’s Fahd Gubran and Egypt’s Hisham Ezzat.

“I have found a team for my player. At home, he doesn’t have a team but here, he has really thrived”. Fahd Gubran

“The camp was good, the schedule was good. It’s a great chance to have a camp with Japanese players of a strong level. I think the competition at the World Cadet Challenge will be very strong due to the presence of the Asian and Japanese teams. This whole experience is the first step towards an Olympic medal for my player, Hana”. Hisham Ezzat

Significantly, the Hopes Team consists of players from around the globe that have participated in the Hopes Programme, a series of events at national, regional, continental and world level for players under 12 years of age. The focus is directed towards education, camps, competition and talent identification.

A training session for the Hopes Girls (Photo: courtesy of Dora Jeler)