Role models at the Buenos Aires Youth Olympic Games, Korea Republic’s Ryu Seungmin and Spain’s Galia Dvorak recently took time away from their duties in the Tecnopolis Arena to visit a local school in the area.

On Thursday 11th October from 10.00 am to 12.00 noon they were present at the Manuel Dorrego Primary School.

Both received a warm welcome from the children who are part of the Buenos Aires-Tokyo project, an initiative to promote table tennis at grass roots level and give young people a meaningful leisure activity.

They watched a series of exhibition matches in which, in addition to Ryu Seungmin and Galia Dvorak, both Thomas Weikert, ITTF President and Vivek Kohli, the Vice Chair of Stag International, took part.

The eyes of the children were open wide at the sheer speed of the play; their reaction was a joy to behold; the matches over, the children were then given the opportunity to play against their distinguished guests.

Ryu Seungmin considered the visit as “meaningful”, while Galia described it as “an amazing experience”.

In addition to playing table tennis, the children enjoyed chocolates brought from India by the ever generous Vivek Kohli but the most popular gifts were the table tennis balls and a mini table tennis table. They became the centre of attention.

The visit of the role models was an opportunity for the school to present their vision of the Buenos Aires – Tokyo project, the vision being very positive. They emphasized the fact that the participation in the project is totally voluntary and the children happily attended the table tennis sessions.

Notably, the School Director also pointed out that this is the only project which includes families. Every two months, doubles tournaments are organised, which gives the possibility to reach a group of parents which normally they don’t reach. They were very pleased by the very positive reactions from the parents, who are grateful that the school not only offers curricular education but also extra curricular.

Doubtless, the Buenos Aires-Tokyo project had a positive impact on children of Manuel Dorrego Primary School; they will surely never forget that they played personally against the 2004 Olympic champion! 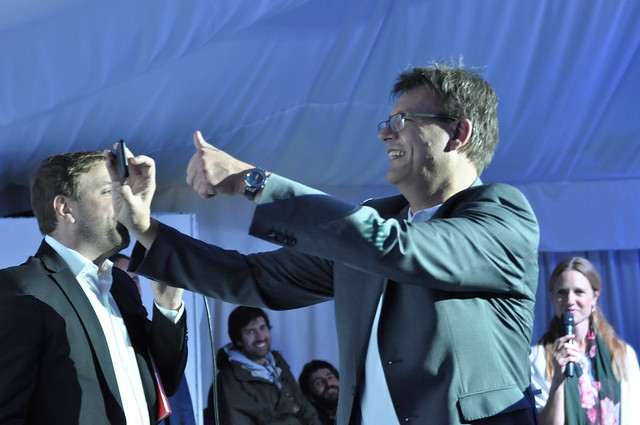