Plying their trade in Europe for players from the continent of Africa has been common practice over the years; three players who currently follow the policy with notable success are Egypt’s Omar Assar, alongside Nigeria’s Quadri Aruna and Bode Aboidun.

However, recently they have met with differing fortunes.

On Sunday 7th October, Borussia Düsseldorf experienced their first defeat of the season, without Timo Boll in the line-up; they were beaten by TTC Schwalbe Bergneustadt.

The end result was a three-two success for TTC Schwalbe Bergneustadt, the one remaining success for Borussia Düsseldorf being recorded by Kristian Kasrlsson who beat Benedikt Duda (11-9, 7-11, 11-5, 11-6); for TTC Schwalbe Bergneustadt the one further win accrued in the doubles, Paul Drinkhall and Benedikt Duda overcame Anton Källberg and Kristian Karlsson (12-10, 11-6, 4-11, 10-12, 11-7).

Defeat but Borussia Düsseldorf remains in top spot in the German Bundesliga.

Disappointment for Omar Assar, one day earlier, it had been delight for Quadri Aruna and Bode Abiodun; alongside Diogo Carvalho, they retained the Portuguese Super Cup, winning for a fourth consecutive year, the 13th time overall. 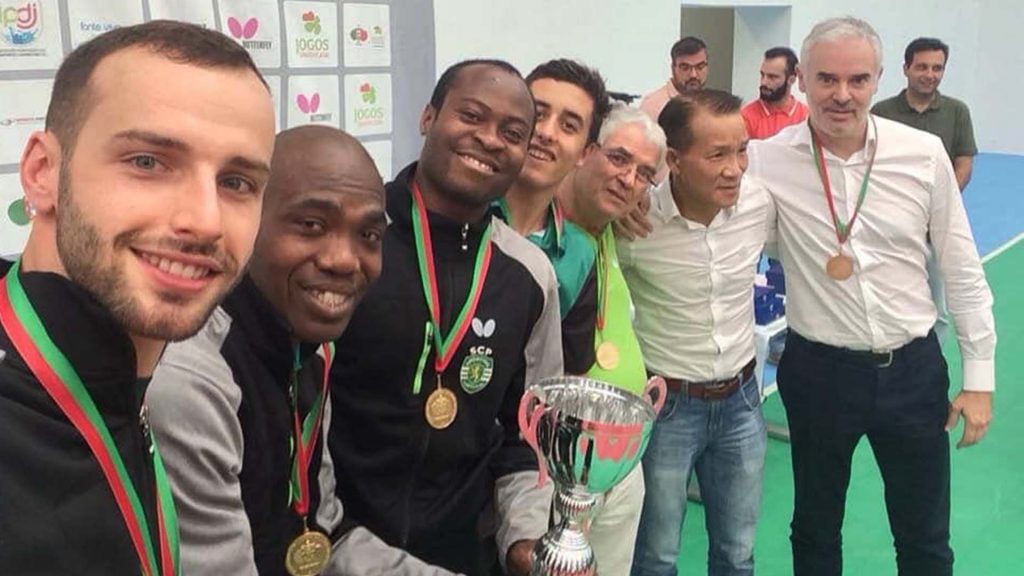 “We are looking forward to the Champions League match on October 11th at home and we hope that this win will give us the needed motivation to do well against the visiting Czech side. We are still hopeful that we can make it from the group but I must also admit that we miss the presence of our captain, João Monteiro, who is yet to recover from an injury he sustained before the start of the European Championships in Alicante, Spain. I am confidence that we can do well against the visitors when we clash this week in Lisbon,” Quadri Aruna