Located in the West Indies, a member of the Commonwealth; St Kitts and Nevis has recently been a hive of activity, the effect is that from virtual zero, a solid foundation is now in place.

Likewise promoted by Olympic Solidarity, the itinerary followed a Developing a National Sports Structure Course staged in 2017; the initiative having proved most beneficial with Physical Education teachers, as well as those interested in the sport of table tennis being afforded the opportunity to enhance their knowledge.

Interest ignited, the task for Moncho was to widen the base.

The previous course had focused principally on secondary schools, for Moncho the target was primary schools. Thus, organised locally by Calvin Lake, Urban Freeman and Amelia Freeman, members of the St Kitts and Nevis Table Tennis Association, the schedule encompassed courses for becoming a Club Coach and a Basic Umpire. Also a Training Camp was held which local coaches supervised as they fulfilled the necessary requirements to gain ITTF/PTT Level One certification. Furthermore, they were advised on the subject of talent identification, how to build a solid working structure and to develop a programme for schools.

“It is just what we wanted, last year we were working with secondary schools and now with primary schools.” Calvin Lake

Overall some 94 men and 52 women were involved, with an estimated 1,958 school pupils being introduced to the sport of table tennis.

“At the beginning we were thinking to bring children to Community Centres for the activities but now I’m convinced that the key is to bring table tennis to the schools.” Urban Freeman

Overall, with the help of the Ministry of Sport, five primary schools received equipment, the aim now before the end of the year being to involve some 2,060 secondary school children.

“We plan to have competitions, to have training camps and also national school competitions. We will be challenging ourselves but at the same time it will be the beginning of great table tennis in the country.” Amelia Freeman

Later on Saturday 17th November, a full day training camp for 15 boys and 15 girls, who attended the secondary schools’ tournament will be held; from that group, five boys and five girls will be selected for a Training Camp to be held on Monday 10th and Tuesday 11th December. Sandwiched in between on Tuesday 4th and Wednesday 5th December, a National Schools’ Championships will be organised. 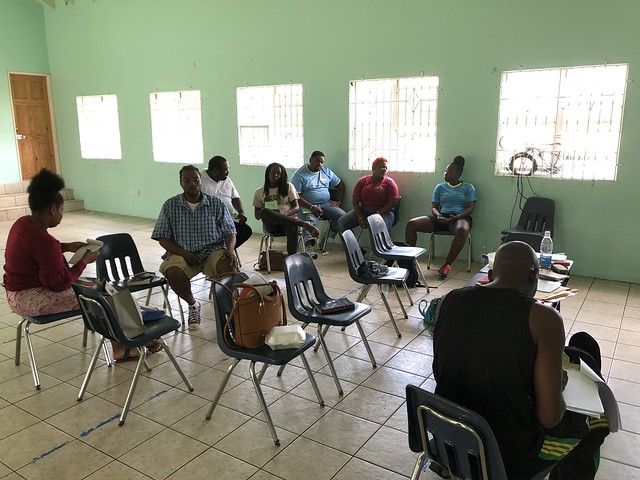