Host for the Ecuador Junior and Cadet Open in both 2007 and 2008, more recently, the city of Cuenca, situated high in the Andes Mountains, was the recent home for an ITTF/PTT Level One Coaches Course from Saturday 25th to Wednesday 29th August. It was followed immediately by a three day Para Training Camp which concluded on Saturday 1st September.

The expert on duty was Christian Lillieroos of the United States; locally matters had been initiated by Paul Calle, elected President of the Ecuador Table Tennis Federation one year ago and the former Vice Minister for Sport.

The course and the training camp were both staged at the Salesianos Technical College where table tennis is one of the eight sports; overall eight table tennis tables were used of which seven are based permanently at the college.

A total of 15 coaches attended, three travelled from neighbouring Colombia plus seven from other cities in Ecuador, a country of different climates. There are the heights of Cuenca and Quito, at sea level there the likes of Guayaquil and Salinas; in the forests of Amazonas, there is the province of Napo. Moreover, in English, the name Ecuador translates to Equator.

Notably, thanks to the teaching skills of Christian Lillieroos, all 13 coaches who sat the test passed the course; somewhat unusual, it was a good group. Later, nine course members attended the Training Camp, an opportunity to meet the practical requirements for qualification. 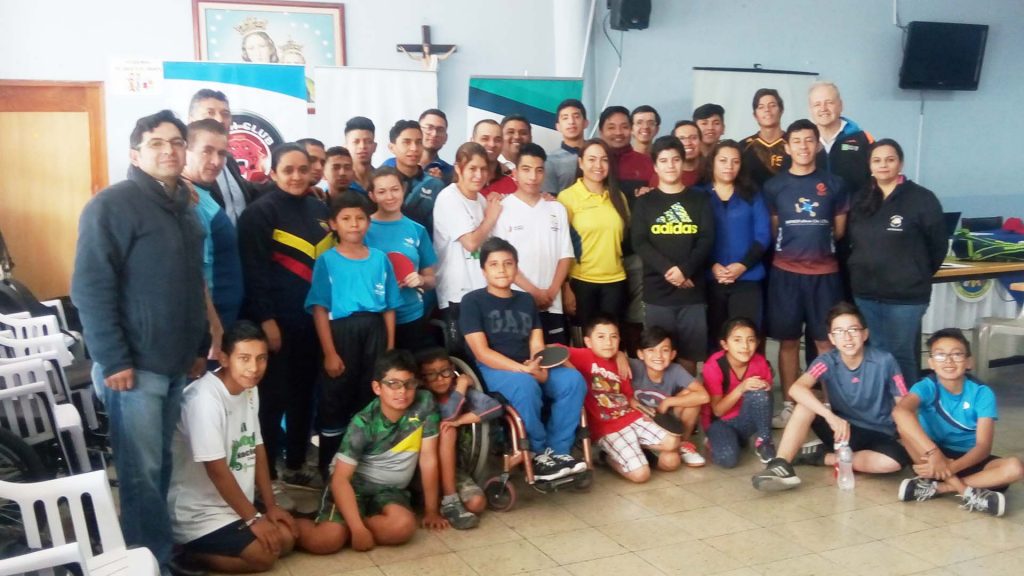 Player and coaches at the Training Camp (Photo: Christian Lillieroos)

“The most recognized athlete was Paul Polo; Class 8, he won a bronze medal at the 2015 Para Pan American Games; alongside, his team mate David Vasquez also Class 8 and from Cuenca, they have a good chance to become the first Ecuadorians to qualify for a Paralympic Games. David Vaszquez is 24 years old and until four years ago played able bodied tennis for his high school team. He then discovered table tennis and switched right away, seeing that he had a good chance of competing against athletes of similar function in international competitions. The strongest female athlete in the camp was Cynthia Martinez, 20 years old, Class 7. In only three days of intense training, everyone made a significant improvement. ” Christian Lillieroos 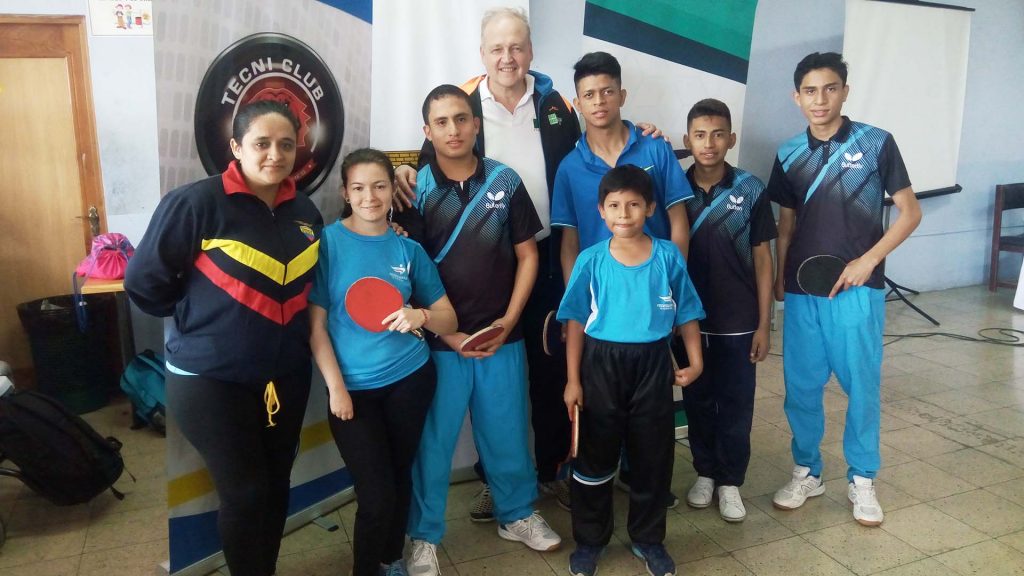 “To be a Para Table Tennis coach is with 11 different classes, 11 times more difficult than to be a coach for able bodied athletes. Five out of the 30 hours have to be with Para athletes. Eight coaches were able to pass their five supervised hours and are well on their way to be certified.” Christian Lillieroos 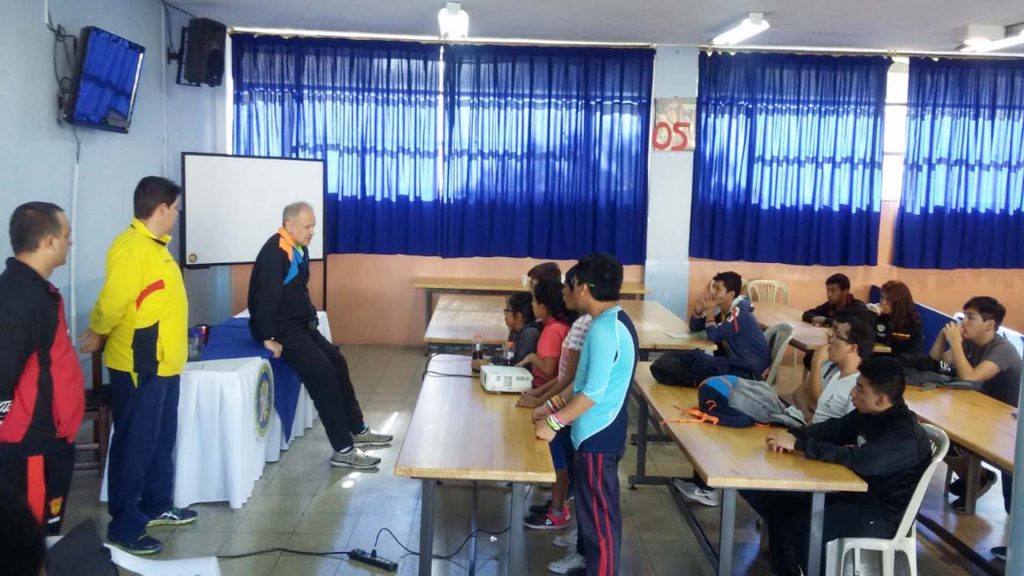 However, throughout, the level of understanding and knowledge was high.

“Special thanks go to Paul Calle who was present almost every day and to Guillermo Ramon, Treasurer of the Ecuador Table Tennis Federation. He was the local organizer for both the Course and the Training Camp. He attended to all the details of the programme with perfection; this was one of the best organized ITTF programmes I have ever attended in the world. 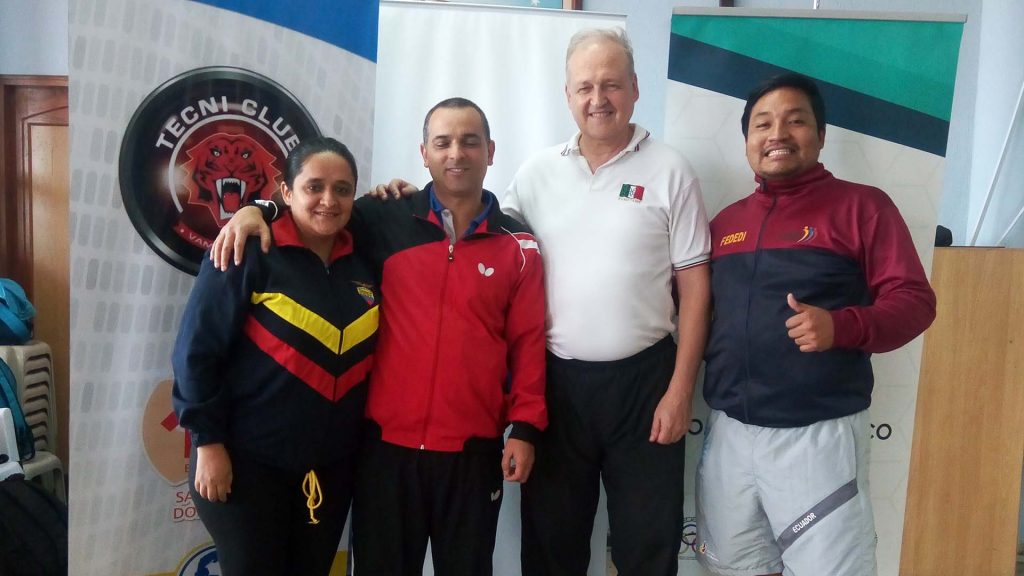