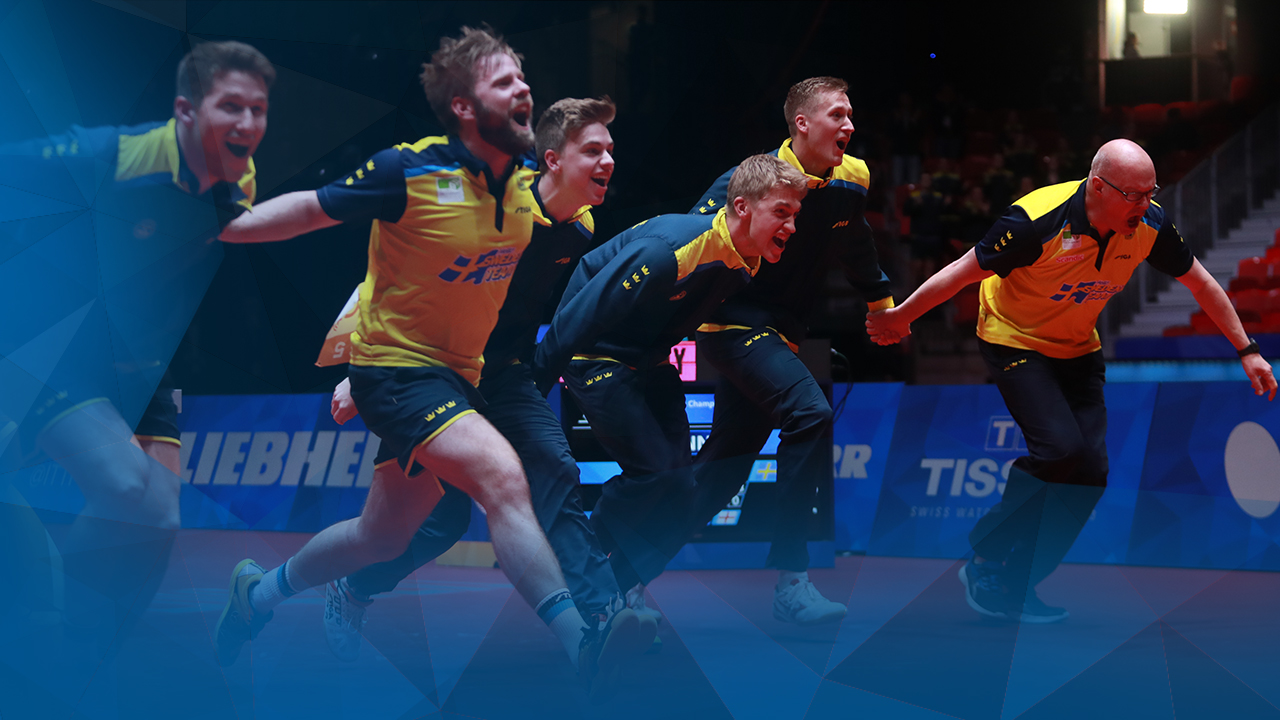 The world’s biggest table tennis event of the year, the Liebherr 2018 World Team Championships was seen by 291 million viewers globally in 140 countries through 862 hours of coverage. In China alone, 170.95 million TV viewers tuned in to catch their favorite stars in action on CCTV5 & CCTV5+, with the Men’s Team final clash between China & Germany being one of the most watch sporting events in China in the first half of 2018.

Impressive numbers were also achieved in Japan and Sweden, with close to 40% of all TV viewers nationwide in Japan keeping up with the latest happenings emerging from Halmstad, which are by far the best of any World Team Championship in history.

ITTF Marketing Director Matt POUND stated “The ITTF has been putting in great efforts to bring in new ideas and innovations every year to break new grounds and ensure that our sport reaches a wide global audience. We are extremely pleased to see that our efforts have paid off well and that the 2018 World Championships has surpassed all records to achieve the best ever TV & digital outreach of any table tennis team event in history.”

Asia Managing Director of Sports at CSM Media Research-Kantar, Mr. Pierre JUSTO added “With close to 900 hours of air time globally, the 2018 World Team Table Tennis Championships got its best ever media performance, proving as a big hit, and it’s not only in China. Our research showed that viewership went up in many markets such as Japan, Korea and of course in Sweden.”

“These great numbers showed clearly the strong impact and appeal of the local factor, with most countries getting their highest ratings when their teams were playing. With more foreigners in Asia, Europe and the rest of the world now challenging the Chinese World Champions, it’s likely that this trend will continue.”

Other than the record breaking TV broadcast figures, ITTF’s free online streaming platform, itTV, also saw 3.61 million live and on demand sessions over the event period, where table tennis enthusiasts tuned in to watch the matches through their mobile devices, where ever, whenever they could. The ITTF official website also saw another 691,000 unique visitors searching for the latest updates about the event.

Furthermore, ITTF’s social media platforms saw unprecedented numbers at the 2018 World Team Championships. More than 15 million impressions on Instagram stemming from engaging content such as the #TATATrickshot challenge, STIGA Point of the Day and more behind the scenes content to engage fans. With new social media innovations such as the #LiebherrLive Daily Review, #LiebherrLive Live Show, fans were also treated with unique insights into the competition as well as a chance to get to know their idols better.

In addition, the historic moment when a unified Korean team played as one against team Japan in the Women’s Team semi-finals helped generate impressive figures. The Facebook live stream of the historic match between Team Korea and Team Japan garnered 1.4 million views and a reach of 6 million users on Facebook alone, contributing to the overall 27.3 million total impressions throughout the 8-days event.

The Liebherr 2018 World Team Championships was also a huge success on ITTF Weibo in China, with several World Championships related topics becoming top trending topics on the platform, leaving 490 million impressions during the 8-days period. The video of Ma Long celebrating his win over Timo Boll in the finals had a staggering 3.6 million views by itself on ITTF’s weibo page. 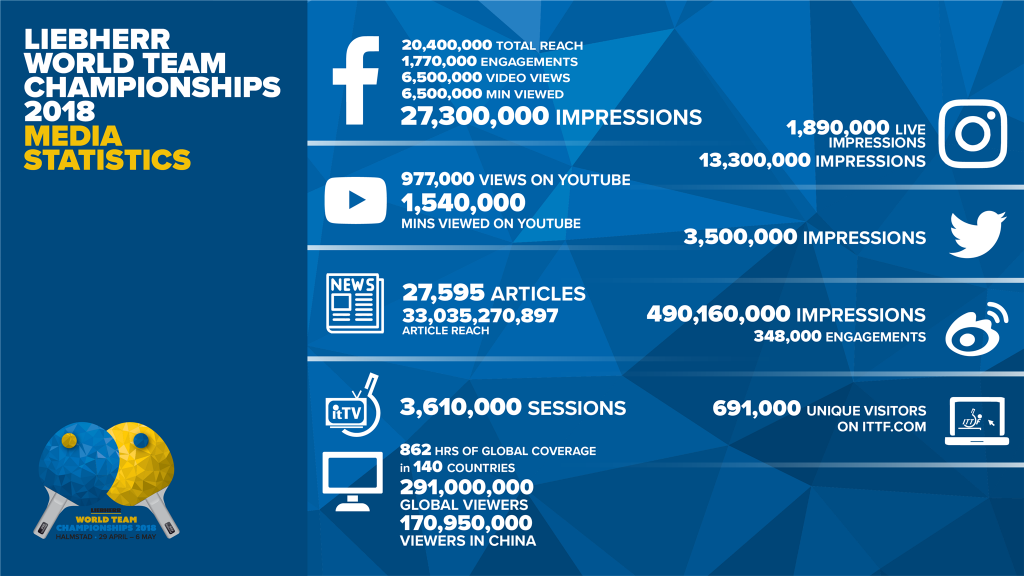