Africa is a continent of diversities, a statement of which there is no doubt; it is a fact recognised by the International Table Federation. On Monday 3rd September at the opening ceremony for the 2018 ITTF-African Championships in Port Louis, Mauritius, Thomas Weikert, the ITTF President, was in agreement.

Most significantly, he assured the continent that the world governing body would continue to increase its support to Africa.

Earlier at the opening ceremony Thomas Weikert had explained his vision for the future.

“We are ready to support Africa; this is part of our strategic plan to empower each continent. We will increase our backing for the continent in terms of equipment and coaching, which we believe we help raise the profile of the sport. However, we must not forget the ethics of good governance and transparency which must also be upheld by those in charge of our sport in every continent.” Thomas Weikert

In a show of appreciation, the Mauritius Table Tennis Association made presentations to recognise the efforts of Thomas Weikert and Steve Dainton for their vision in trying to lift the fortune of the sport in Africa. 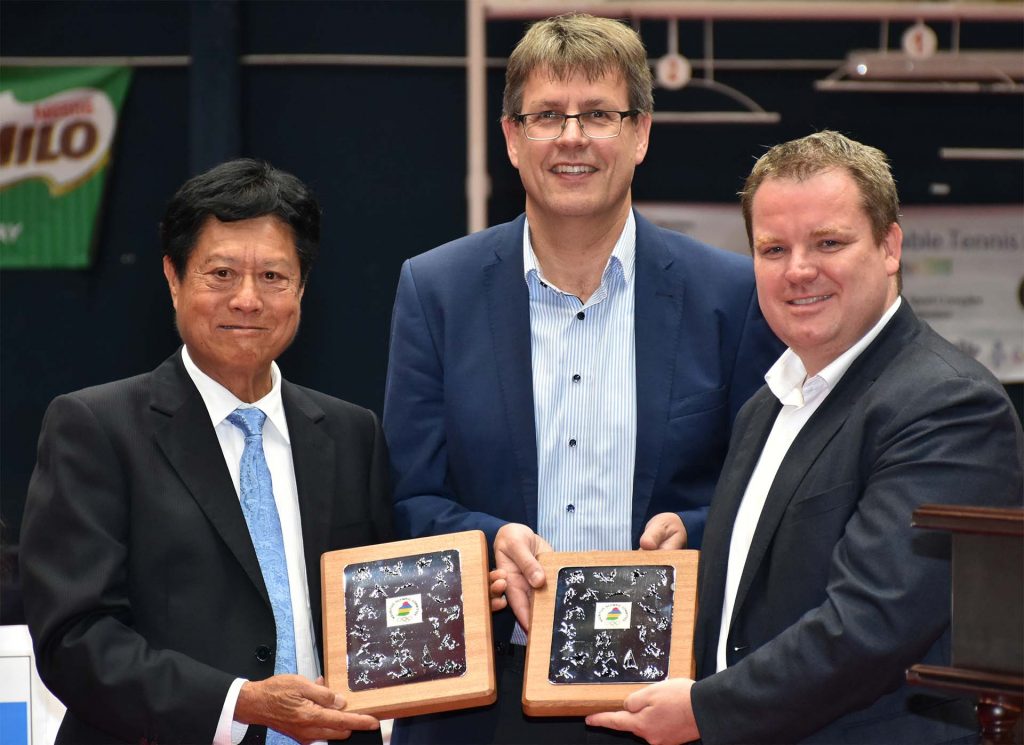 Supportive of the efforts made by Thomas Weikert and Steve Dainton, Vimal Basanta Lala expressed his thanks; he is now more than ever motivated to build a dedicated table tennis training centre in the island, the first in Sub-Sahara Africa. The views were echoed by Philippe Hao Thyn Voon Ha Shun; like Thomas Weikert, he stressed the need for transparent administration throughout the continent.

Matters concluded with Khaled El-Salhy endorsing the value of the role fulfilled by the International Table Tennis Federation in promoting table tennis in Africa; the thanked all concerned.

A rewarding task for Mauritius

Quadri Aruna, a step higher, a step ahead