Ethiopia responds, a thirst for knowledge

The Ethiopian Youth Sport Academy of Addis Ababa; such was the recent destination for Luxembourg’s Paul Schiltz, Chair of the ITTF Equipment Committee.

Organised under the umbrella of ITTF High Performance and Development, he was present in the Horn of Africa from Monday 20th to Monday 27th August to conduct a Basic Umpires and Referees Course in addition to a programme for Tournament Organisation.

Potential umpires from throughout the country were present, all having attended prior courses but not in English. 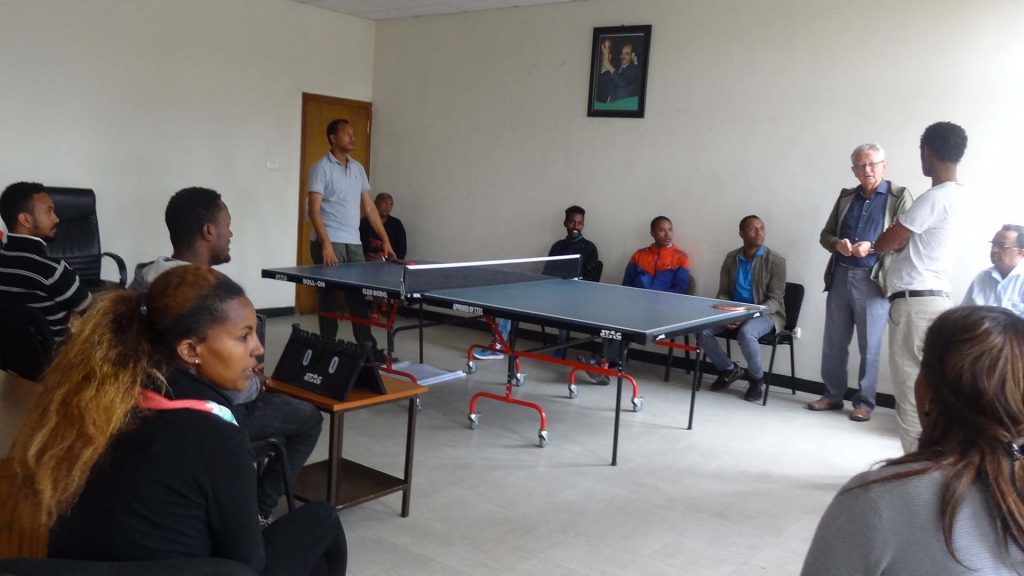 Course material previously prepared in a well thought out and detailed manner by Spain’s Ramon Ortega Montes, ITTF Continental Development Manager; Paul Schiltz explained the necessary rules and reasons for their implication. In addition, he elucidated the duties of umpires and referees. The students were required to participate in role play situations, being players, umpires and assistant umpires as the situation demanded; those watching were encouraged to pass comment as observers.

“The Umpires and Referees Course was for us a great experience; now we must put theory into practice.” Yitbarek Tadesse

“The increased understanding of the intent of the rules helped but we still need more practice and evaluation.” Mekuria Getahun Demmise.

A positive response to the efforts of Paul Schiltz, it was the same for the Tournament Organisation aspect of the itinerary. 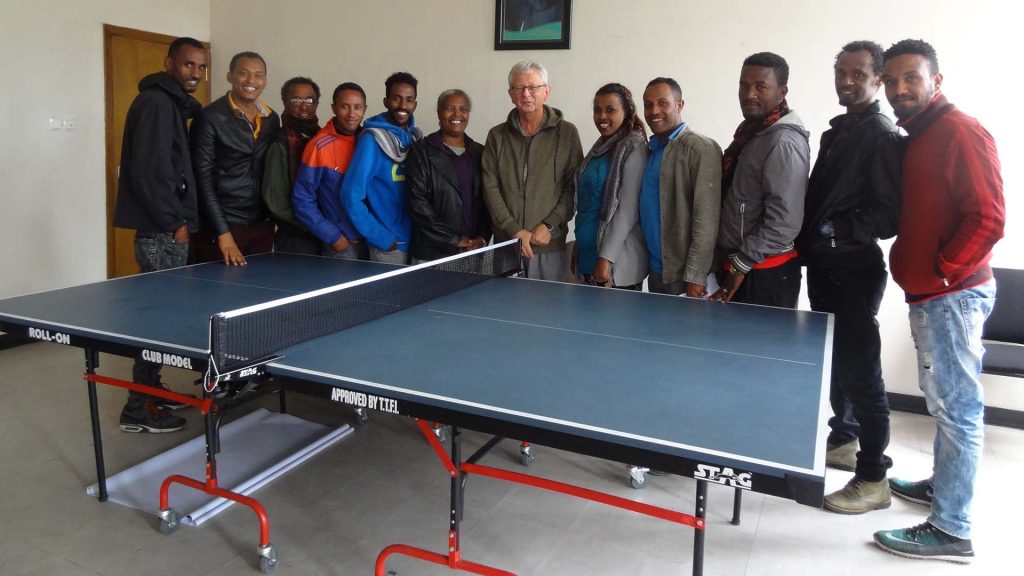 Members of the Basic Umpires and Referees Course with (seventh from left) Paul Schiltz (Photo: courtesy of Paul Schiltz)

All were highly satisfied with course material, which had only arrived two days prior to the start of proceedings. Co-operation between everyone concerned in a most active manner resulted in a highly successful course being the end result; an outcome which pleased Ante Abeba Amare, the lady who is the Secretary General of Ethiopian Table Tennis Federation.

“The Tournament Organisation Course is the start of a good co-operation but continuity is essential, another seminar with deepening questions to follow. We are very grateful to ITTF for this opportunity, which will permit a further, stronger development of table tennis in the regions. A positive way forward is co-operation with the universities in the regions; the Ethiopian Federation will spread information.” Ante Abeba Amare

Notably, all supported the idea of a further course; no doubt such an initiative is possible. Once again the expertise of Paul Schiltz may well be in high demand. 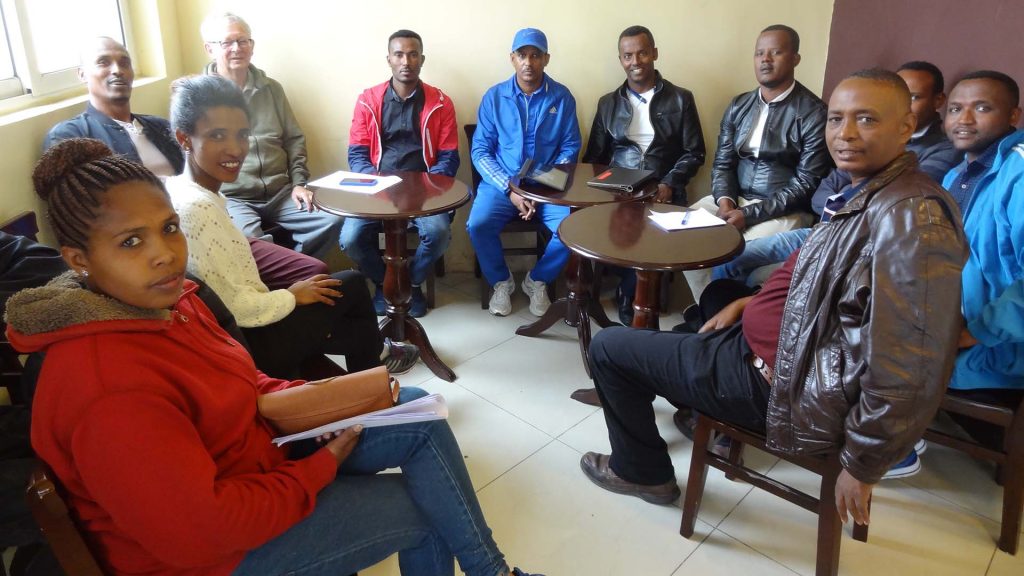