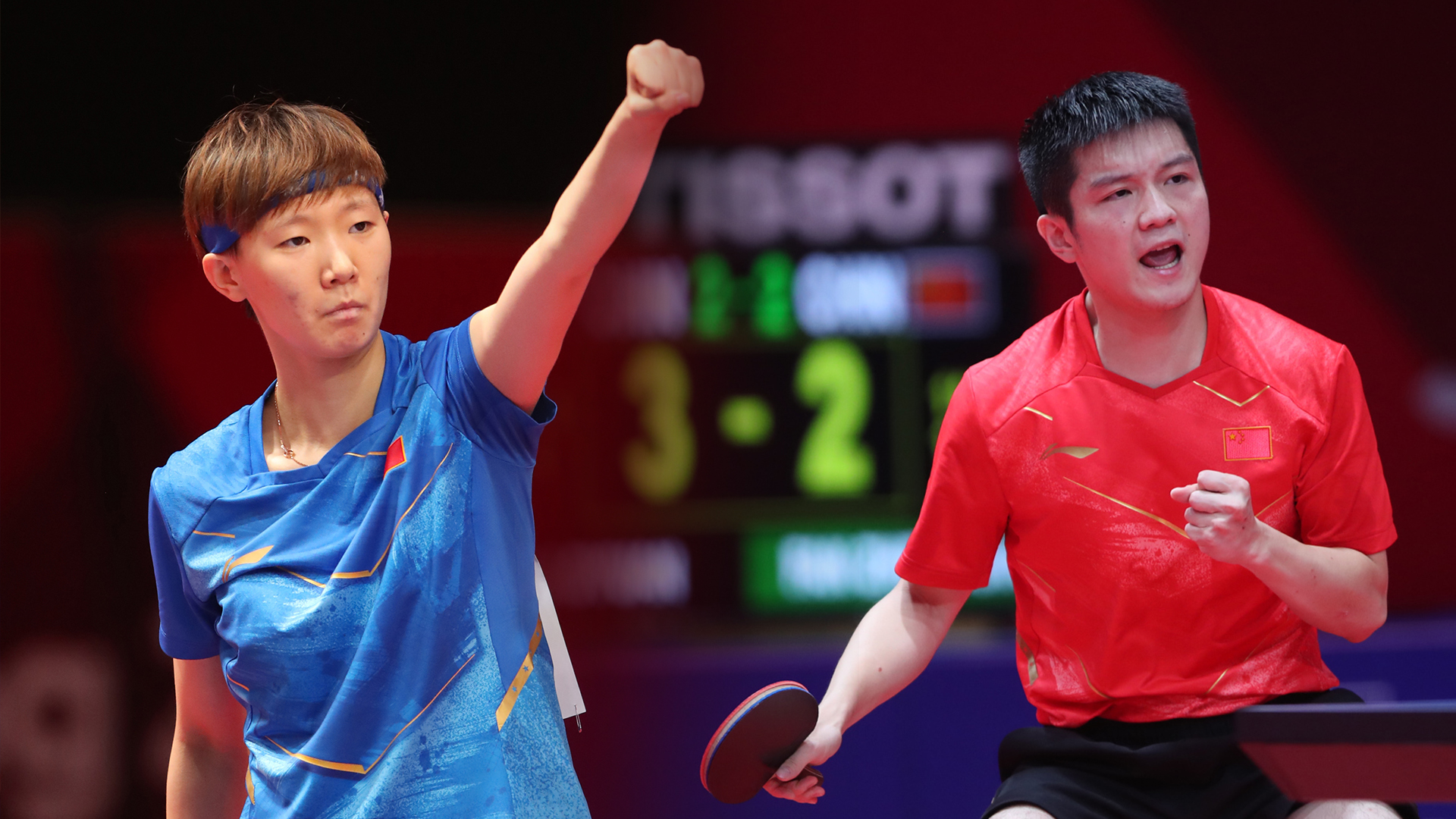 In an all-Chinese Women’s Singles final, top seeded CHEN Meng faced off against two-time World Junior Champion WANG Manyu. The more experienced CHEN was able to take a 3-1 lead in the fiery exchange that lasted 90 minutes, but WANG was determined to shine on her first Asian Games outing. Quick to respond and change her tactics, WANG managed to turn the tides around to win the next three games to be crowned Women’s Singles Champion 4-3 (11-7, 5-11, 14-16, 7-11, 11-6, 11-8, 11-8).

After winning match point, WANG clenched her fist and pointed to her coach XIAO Zhan in the crowd in celebration for her victory, and attributed her success to her parents, “I’m happy winning the title, it’s certainly a confidence boost for me. It’s not an easy journey for me, and I would never have achieved what I have achieved today without my parents. They have done a lot for me, and I think this is a good way to repay them.”

“At 1-3 down, I still kept my calm and never gave up, in my mind, as long as the match is not over, I have my chance to come back,” added the 19-year-old Champion.

In a rematch of the 2018 Asian Cup final in Yokohama earlier this year, world number one FAN Zhendong (CHN) was able to repeat his success over teammate LIN Gaoyuan (CHN).

After his victory, an elated FAN shared “The feeling of winning is of course really great, but the process is definitely not easy. I did face a lot of difficulty in both the Team & Singles events, and it’s not as easy as it appears to be. The chance of playing a multi-sport event is rare for us because it happens only every 4 years, just like the Olympic Games, I think it’s important to experience this feeling of playing such an event, and being able to withstand the pressure to win is an especially important take-away for me.”

Reflecting on his feat, ALAMIYAN stated “This is the second Singles Bronze medal for Iran, after 52 years. I’m so happy, too many plans have been made for us to get here by my country. This is not by chance, we have done so much, I have trained so hard to get here, to reach the medal. I had this goal in my mind and now I have done it. This is my best result I have ever had.”

In the Men’s & Women’s Team events, the Chinese emerged victorious against Korea Republic & Korea DPR respectively to round up their title haul at the Asian Games.

With the conclusion of the 2018 Asian Games, all attention now turns to the ITTF Women’s & Men’s World Cups in Chengdu & Paris respectively: