Once again Argentina the home

The Buenos Aires Youth Olympic Games ever nearer; from Wednesday 22nd to Sunday 26th August, Argentina was the home for an ITTF/PTT Level One Coaches Course, no less than the 28th to be staged in the country, since the ITTF Coaching Accreditation System began.

Synonymous with the number reached; a total of 28 students attended; proceedings being organised under the umbrella of ITTF High Performance and Development, the expert on duty was the host nation’s Alejandra Gabaglio.

All responded the efforts of Alejandra Gabaglio, the desire to learn high, a new generation of young people wishing to pursue the coaching path.

Attending throughout was Wiebke Scheffler, the ITTF Foundation Manager. She made a presentation about the goals and range of activities involved within the Foundation, highlighting the Olympic Bridge project which links the Buenos Aires 2018 Youth Olympic Games with the Tokyo 2020 Olympic Games.

“Naturally, during the first days of the course, participants were somewhat hesitant and unsure during the sessions. Soon questions began as intense practice took place. There was an exchange of experiences, friendships developed. Furthermore, the course was also a good opportunity for experienced players to help those who were taking their first steps in table tennis.” Alejandra Gabaglio

Notably present, a fact which added to the value of the whole itinerary was the attendance of athletes from the Argentina Para Table Tennis Team. They showed the participants the special characteristics and technical differences to be found between the various classes.

“Level One is the first step to start teaching table tennis. At the end of the course many of the coaches were interested for more and already had set their eyes on the next objective: to participate in an ITTF Level Two Course.” Alejandra Gabaglio

It was seem course no.29 is imminent. 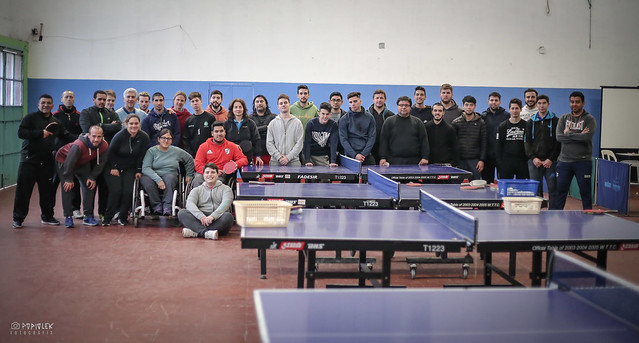 Submit your application to the 2022 Mentorship Program