She won the Girls’ Singles title at the 2018 Pan American Junior Championships and thus prevented a United States clean sweep; soon after, Kanak Jha claimed the Boys’ Singles crown and in so doing secured the title for a third consecutive year.

However, Adriana Diaz came perilously close to defeat; she prevented the United States gaining a full house of titles by the very narrowest of margins.

“I stayed focused on the game. I always stayed positive, although I still do not believe it. It’s been a great tournament, very strong. Now I’m going to the Central American Games. ” Adriana Diaz

Success and success for the second time, also to some extent, the victory laid to rest the gremlins of one year ago. In the inaugural tournament in 2016 in Burnaby, Canada, Adriana Diaz had emerged victorious; last year in Buenos Aires she experienced a nightmare. In the final she led 10-4 in the seventh game against Brazil’s Bruna Takahashi, only to lose the next eight points and have to settle for runners up spot.

Tense times in the Girls’ Singles concluding stages, in the counterpart Boys’ Singles event, as in the previous two years, Kanak Jha stamped his authority on proceedings.

The result meant that Kanak Jha and Sharon Alguetti departed Santo Domingo with three gold and one silver medal against each of their names.

Earlier in the tournament, they had been members of the successful outfit in the Boys’ Team event and had joined forces to secure Boys’ Doubles gold; in the Mixed Doubles event, Sharon Alguetti had partnered Crystal Wang to victory in the final against Kanak Jha and Amy Wang.

A most successful visit south; the United States had made their presence felt, Adriana Diaz stood alone. 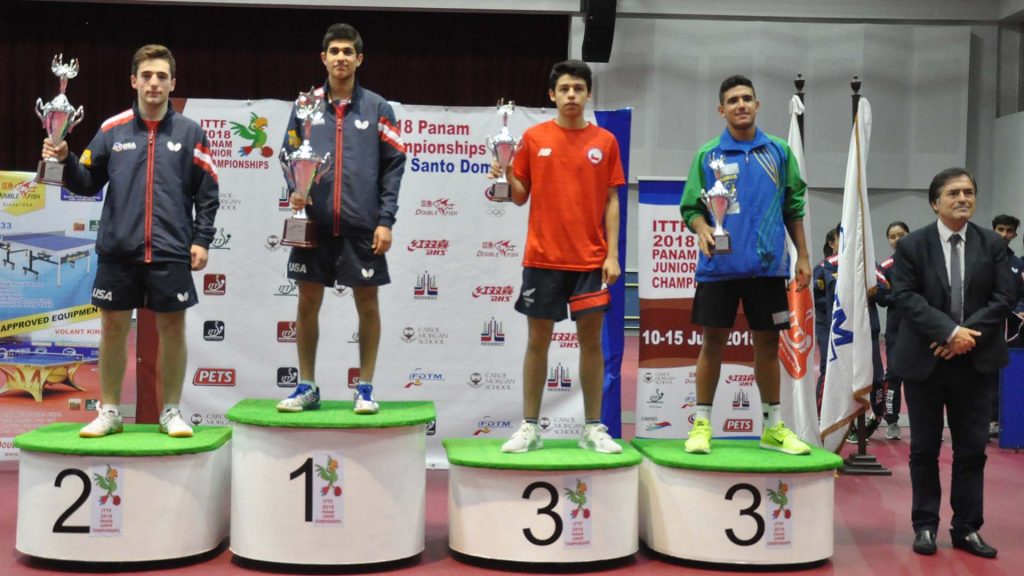