Successful starts to proceedings; such was the situation on Thursday 24th May for the leading outfits at the 2018 Central American Championships staged in San Salvador, the capital city of El Salvador.

Likewise in the Women’s Team competition conducted on an all play all basis, it was a successful day for the leading outfits.

It was much the same for El Salvador for whom Emme Arias, Monica Mendoza, Estefania Ramirios and Wang de Ying formed the squad. They could not quite match Guatemala, who ended the day without surrendering a single individual game, but a three matches to one victory against Mexico’s Marbella Acevez, Alejandrina Mendez and Monica Muño followed by the same score-line in opposition to Costa Rica’s Angie Araya, Nicole Granados and Brenda Vasquez kept the host on course for a podium finish.

Meanwhile, in the Men’s Team event where there were two groups in the first stage; outfits finishing in first and second positions in each group advancing to the main draw, Costa Rica and El Salvador finished in respective runners up spots behind Mexico and Guatemala.

Both the Men’s Team and Women’s Team events conclude on Friday 25th May. 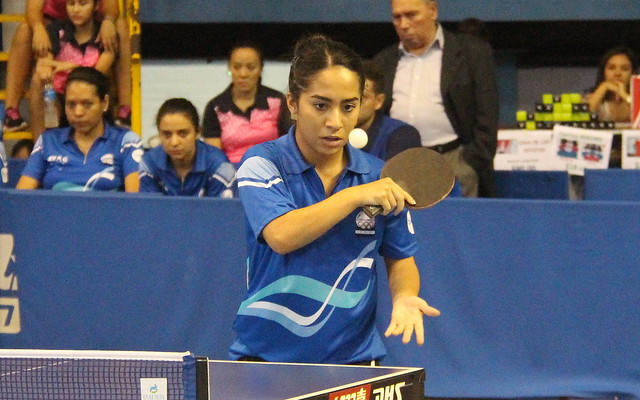