Staged in the Auditorium of the Singapore Sports School, with whom the competition was jointly organised, the event attracted a record 170 players.

Overall, eleven cities were represented. Additional to Singapore, players travelled from the Chinese cities of Changsha, Shenzhen and Xi’an, as well as from the Korean capital, Seoul. In addition there were competitors from Selangor, Johor, Kuala Lumpur and Melaka in Malaysia as well as Taichung City in Chinese Taipei.

Under the direction of Ronald Wee, the Referee, events for both boys and girls in the under 12 and under 18 years age groups were staged; a total of 54 teams from six national associations competed in the four categories.

“This tournament provided a platform for players to gain exposure by competing with overseas players as well as to promote friendship amongst the players. Also there were Facebook live telecasts from the day two of the competition.” Ronald Wee

Team events comprised three matches with an innovative scoring scheme introduced to promote competition; one point was awarded for each match won, one point deducted if a match was conceded owing to a walk-over.

“One of the highlights of the tournament was the Under 12 Boys’ 12 match between Cheng Jun Meng from PJ Union, Malaysia and Tay Sui Shern of SJKC Bukit Beruang, Malaysia; Cheng Jun Meng won the third game 23-21.” Ronald Wee

A busy three days; one that was most rewarding and one to ignite World Table Tennis Day. 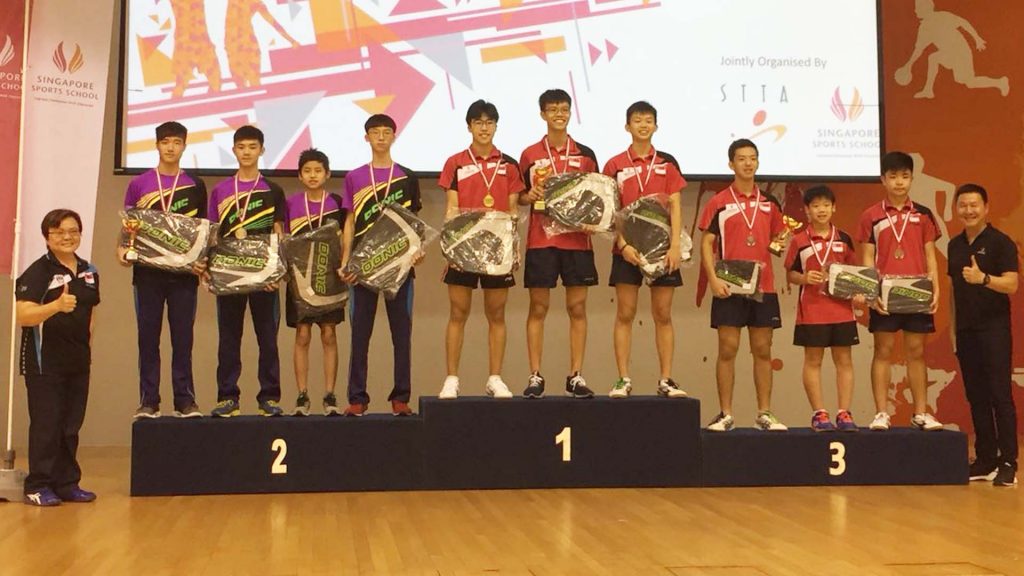 Bad weather no deterrent in Uganda