Success was the outcome for the leading names called to action in the opening matches in the first stage of proceedings in the Liebherr 2017 Men’s World Cup in Liège, Belgium on the afternoon of Friday 20th October.

However, for two notables, there were nervous moments; both Korea’s Lee Sangsu and Egypt’s Omar Assar emerged victorious but only just, they kept their supporters on the very edges of their seats.

“My feeling was not too good when the match started and I was a bit nervous. After the sixth game, I got my rhythm back and this made me feel the game again. I think after this match I need to just focus on winning point by point.” Lee Sangsu

“After winning the fifth game, I started feeling the pressure going into the sixth game, particularly when I started serving half long. It was hard for me to maintain my short serves. I think what I learned from this match is that I should be able to receive and serve better against top players like Lee Sangsu. This was my first match in the tournament, I still have another match and I must stay focused.” Kanak Jha

“Omar started playing a bit better in the fifth game and he was able to receive my service well. I made some costly mistakes. It is always the end if you lose vital points against top 50 players like Omar. It was painful that I lost the match because I was in good form having trained very well for the tournament. I knew I could win the match but it was my fault that I could not maintain my form throughout the encounter. The next match against Alexander Shibaev promises to be tough like this because he is also a good player. I hope I can start well against him just like I started against Omar.” Cédric Nuytinck

A full distance encounter for Lee Sangsu, for Marcos Freitas, the no.10 seed who had received the “wild card” nomination, life was less demanding. He accounted for Australia’s David Powell, the Oceania Cup winner competing in the event for the second consecutive year, in four straight games (11-7, 11-3, 11-2, 11-9).

“In the first two games Marcos was a bit nervous as he was making some errors. After he won the first two games, he was a bit more relaxed. I wanted to win the fourth game and when it was 9-9, I just lost it. It is my second World Cup, this is the only tournament where I have the opportunity to play against the best in the world. It has always been a great experience for me and part of my learning as a player. It was a bit tougher playing alone without a coach because you have to do all the thinking yourself.” David Powell

Three matches completed, unfortunately, the scheduled fourth did not take place; Chinese Taipei’s Chen Chien-An, the no.12 seed and in the same group as Korea’s Jeong Sangeun and Brazil’s Gustavo Tsuboi, has been forced to withdraw owing to illness. 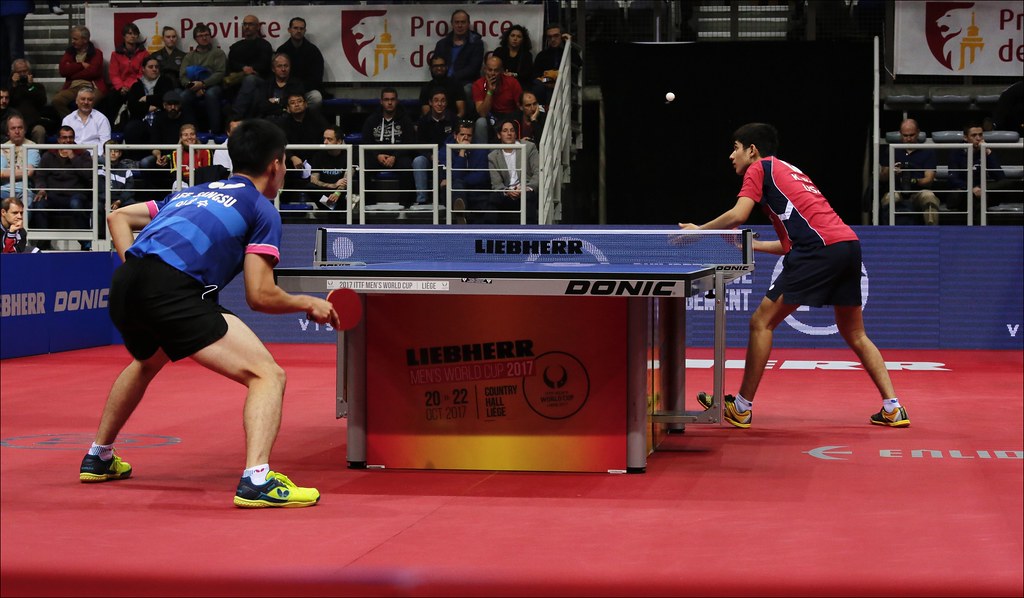