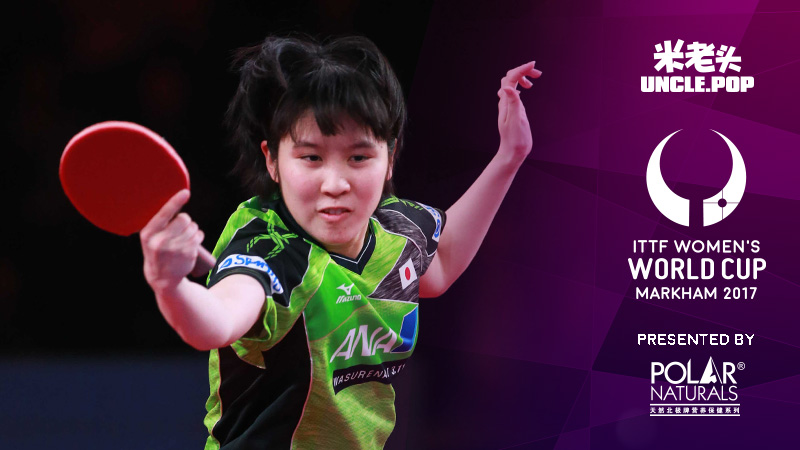 “We understand that Polar Naturals has plans to expand its market in Asia – the extensive media and TV coverage of the Women’s World Cup in Asia will be a useful tool in this strategy. We are excited to have Polar naturals on board and will work hard to make the event a success for Polar Naturals and for our other sponsors.”

Wynn XIE, Managing Director of Polar Naturals stated: “We are proud to sponsor in an event such as the World Cup, especially since we (Canada) represent the hosting country for 2017. As this is only the third time that the World Cup has been held outside of Asia, we believe that the opportunity to support the ITTF Women’s World Cup will increase the exposure for this sport and these exceptional athletes.”

ITTF Head of Sponsorship Kimberly KOH added: “We are excited to welcome Polar Naturals on board for one of our most prestigious events on the ITTF calendar. North America is a big market for the ITTF, and with the success of the Seamaster 2016 Women’s World Cup in Philadelphia (USA) last year that was watched by over 45 million viewers on TV, we look forward to working with Table Tennis Canada and Polar Naturals to present another great event for our spectators and table tennis fans all around the globe.”

The Uncle Pop 2017 ITTF Women’s World Cup presented by Polar Naturals will feature 20 of the world’s best table tennis players, including Continental Champions, competing for the prestigious title. World class players such as four-time Women’s World Cup Champion LIU Shiwen (CHN), as well as Miu HIRANO (JPN) who made history becoming the first non-Chinese Champion, will all be in action at the PANAM Centre from 27 – 29 October 2017.