ITTF Board of Directors member Ryu Seung Min has donated $3000 in funds and $3000 in table tennis balls to support Ian Lariba.

Philippines table tennis superstar Ian Lariba’s family announced on 29th of May this year that Lariba was diagnosed with Acute Myeloid Leukaemia. Since then table tennis players around the world have united to show their support.

On behalf of the Korean Table Tennis Association and members of the Korea National Table Tennis Men’s Team and Women’s Team, Ryu Seung Min flew to the Philippines to support Ian Lariba on the 2nd of October.

“Ian Lariba is a superstar in the Philippines and I had a good memory with her in Rio Olympic Games in 2016,” said Ryu.

Lariba was the Philippines’ first table tennis athlete to qualify for 2016 Rio Olympics.

“When I first heard the story of her struggling with Acute Myeloid Leukaemia in May, I decided to support her.” Ryu Seung Min 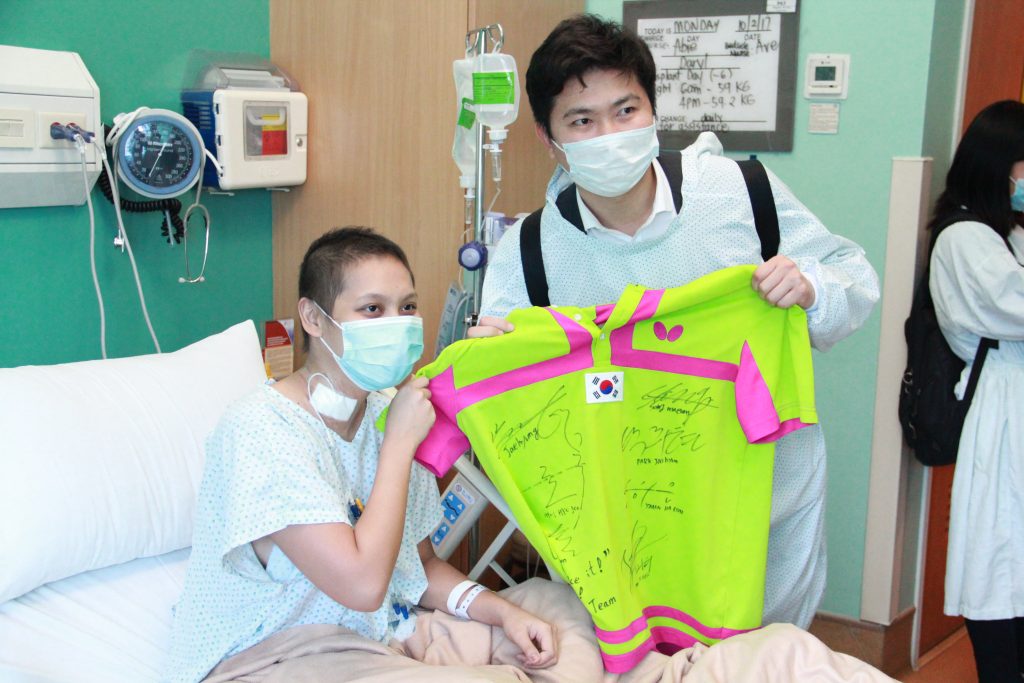 “Ian Lariba has always been enthusiastic about playing table tennis. I believe she will overcome this difficult time and I hope table tennis family from all around the world to support Lariba to raise the needed funds for her Leukaemia treatment. I am sure we would love to see her playing in the World Championship and Olympic Games again.” Ryu Seung Min

Head here to join the ITTF Dream Building Foundation as we look to raise US$60,000 for Lariba’s fight against Leukaemia.