Borislava Peric-Rankovic surpreme, in a class of her own

On the final day of action, she paired with compatriot Nada Matic to secure the Women’s Team Class 4-5 top prize and thus departed the Slovenia city as the only female player to secure gold in both the individual and team events. 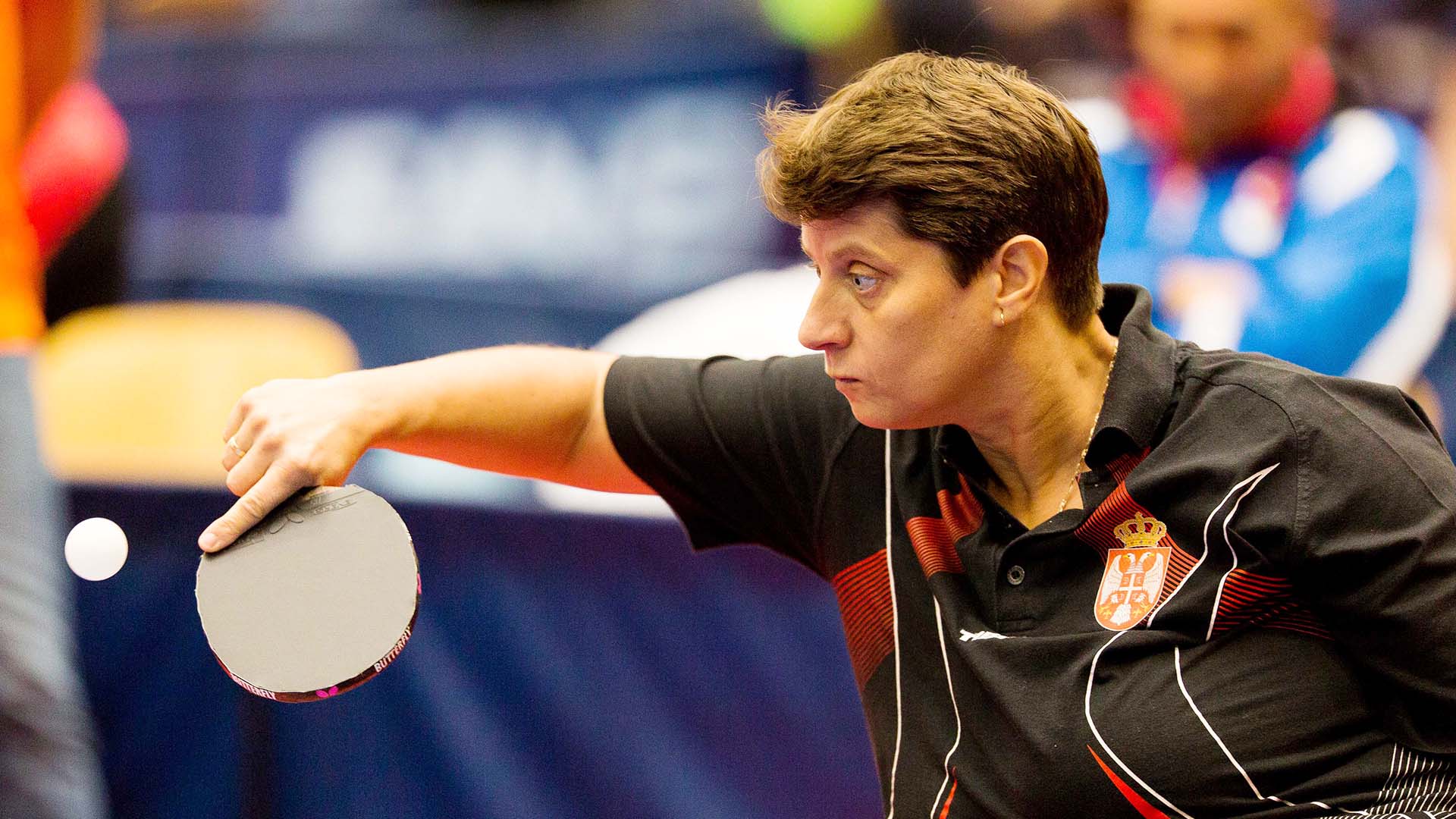 In a group organised event the Serbians overcame Sue Gilroy and Megan Shackleton to claim the title; a two matches to nil win being the order of the day and a disappointment for the British duo who finished in fifth place without a win to their name.

Two years earlier in Vejle, they had been the bronze medallists; however, it is worthy of note that Sue Gilroy’s preparation had been hindered by major surgery on her arm in the summer.

“It has been a nightmare competition for us; that is the worst we have played in the team event. We have never done this badly before which is a shame but we just need the right preparation next time. I haven’t played anywhere near my best and it is just one of those things.” Sue Gilroy

“It has been a disappointing team event but Sue and me know the potential we have as a good strong team partnership and in the future, as long as we can make sure our preparation is as ideal as possible, I think that this situation won’t happen again. I feel that I have had a good singles competition and moving on to the World Championships next year that shows good promise.” Megan Shackleton

Success for the top seeds, in the Women’s Team events, it was the same in Class 2-3 where Croatia’s Andela Muzinic and Helena Dretar completed a successful defence of their title. Organised on a group basis, they accounted for Italy’s Michela Brunelli and Giada Rossi by two matches to nil to secure first place.

Likewise, Turkey’s Merve Demir and Neslihan Kavas justified their top billing in Class 9-10 as in Class 11 did the Russian combination of Elena Prokofeva, Anzelika Kosacheva and Maria Galkina.

Disappointment for Germany, not in Class 6-8; the tables were turned; at the final hurdle, the German combination formed by Juliane Wolf, Stephanie Grebe and Corinna Hochdorfer upset the pecking order.

They beat the top seeded French partnership of Anne Barneoud and Thu Kamkasomphu by two matches to nil.