Supported by the Foundation for Global Sports Development; training sessions concluded for the players, educational seminars for the coaches over, intense competition brought matters to an end on Thursday 17th August at the ITTF World Hopes Week and Challenge in Luxembourg.

Undoubtedly, precious places for the Hopes Team at the forthcoming ITTF World Cadet Challenge, to be staged in Suva, Fiji from Saturday 21st October to Sunday 29th October were in mind.

Tense time for the players, no doubt it was even more tense for the respective coaches.

Directed by Daniela Gomes, the ITTF Development and Education and Training Projects Officer, play in the Challenge tournament commenced with four groups in each of the Boys’ Singles and Girls’ Singles events. Players finishing in first and second places in each group progressed to compete for the top eight places.

Meanwhile, in the counterpart Boys’ Singles events, Singapore was also very much to the fore.

“Jingyi and Izaac have worked so hard and I am so happy that their sacrifices have paid off for them. It is not easy for the duo to juggle the demands of both sports and studies, especially for Jingyi when her public exams approaching. I am so proud of their achievements and efforts at the ITTF World Hopes Challenge.” Tan Paey Fern

Likewise, in the Boys’ Singles event Iran’s David Shams secured first place ahead of Germany’s Tayler Fox, as did Australia’s Nicholas Lum. He concluded his initial phase group one place ahead of Portugal’s Luis Maciel. Notable performances, in the one remaining group the player to shine was Jayden Zhou of the United States, he ended matters in first place in his group with Romania’s Dragos Bujor in runners up spot.

“I am very happy to be able to do well in this competition and I am thankful to all my coaches that have taught and helped me.” Zhiu Jingyi

Play concluded; the selection for the Hopes Team will be announced in due course. 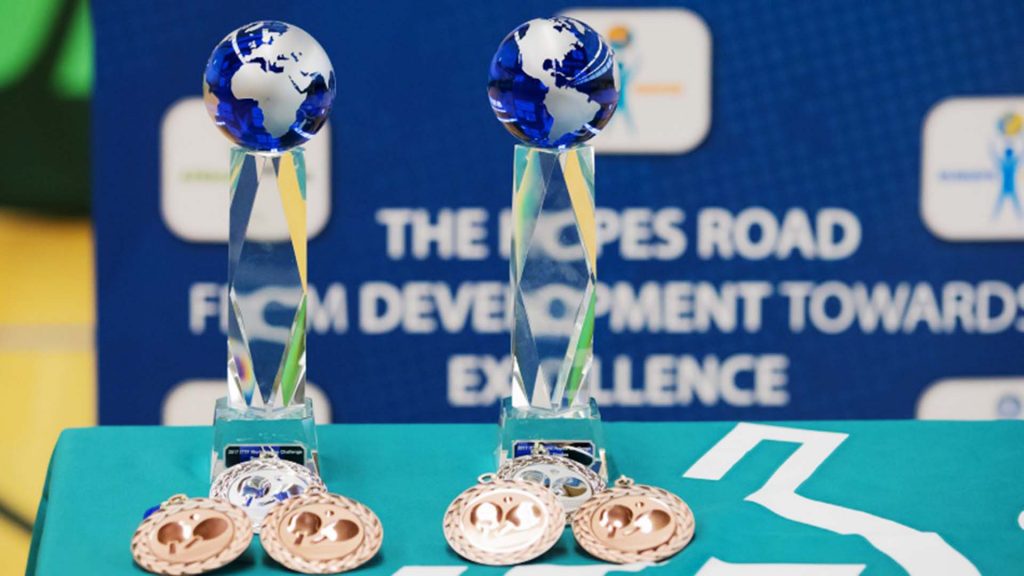 The trophies and medals awarded at the Challenge tournament (Photo: Claude Sibenaler)