The Men's Singles finals of Liebherr 2017 World Championships is going to be an epic clash between Olympic and World Champion Ma Long and World no.2 Fan Zhendong. Check out the facts you need to know before the finals. 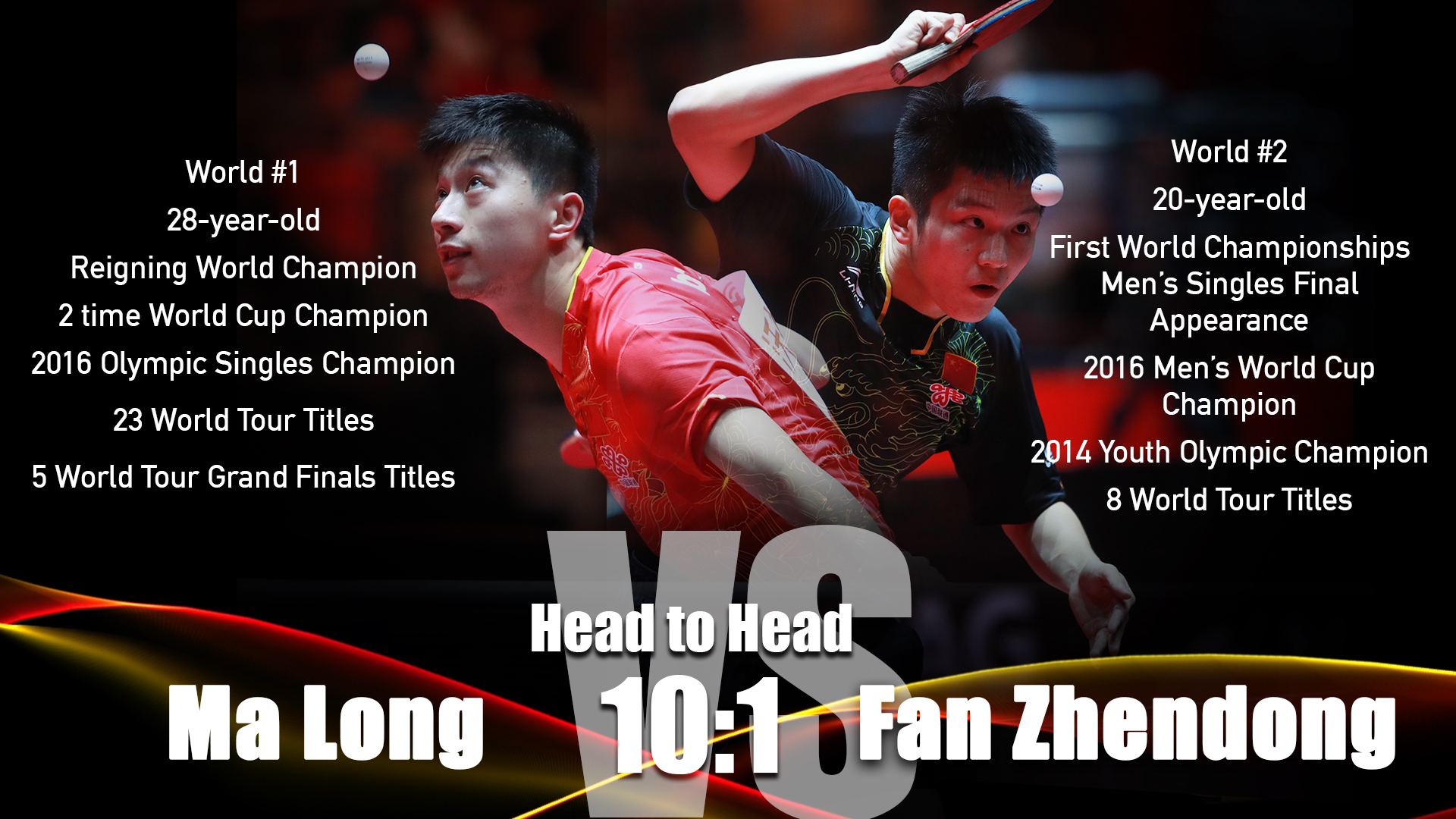 Ma Long, 29 years of age is the current Olympic Champion, World Champion and the no.1 ranked player in the world. On the other hand, Fan Zhendong is 20 year of age, and is currently ranked no.2 in the world.

Thus, between the two editions of the World Championships, Suzhou and Dusseldorf, Ma Long has always been the number one player in the world.

Additionally, after winning his last World Championship in 2015, he has lost only four Men’s Singles matches!

Ma Long and Fan Zhendong have played ELEVEN times on a World Tour event, and Ma Long has a winning record of 10-1!

The only time Fan Zhendong beat Ma Long was at the 2016 China Open,  Fan Zhendong won in straight games (11-9, 13-11, 11-8, 11-5) to win the title. Certainly, this was his one and only best of his wins against Ma Long, as Ma Long had been consistently stronger than Fan Zhendong on the World Tour.

Fan Zhendong will probably never forget the horrifying loss to Ma Long in the Men’s Singles finals of the 2015 ITTF World Tour Grand Finals 2015. Fan Zhendong raced 5-2 in the 7th game, but Ma Long stole the game from him winning 11-9.

Both have been on great shape during the event, they have been on fire. Ma Long had one scary encounter, against Timo Boll in the quarter finals which he won 4-2. But apart from that, he has had a smooth run.

Fan Zhendong too survived a against against Ruwen Filus in round of 16, but apart from that did not break a sweat.

The tables are now set for both the players to fight to become the World Champions.

Match will be played at 2:30pm local time.