The Junior Boys' Team event produced a wonderful final at the 2017 Polish Junior and Cadet Open, as the all-Japan encounter delivered a thrilling duel for the title which went right down to the wire on Saturday 28th May.

Seeded fourth and sixth respectively for the competition Japan ‘A’ and Japan ‘B’ maybe weren’t the favourites to reach the title deciding match heading into the Junior Boys’ Team draw, but with both sides avoiding defeats at the quarter-finals and semi-finals stages the trophy win was guaranteed for the country.

The final was a tense affair and provided the spectators with plenty of exciting moments.

The final result would be decided depending on the outcome of the fifth match, and despite Takeru Kashiwa’s best efforts it was Kakeru Sone who came out on top (11-3, 17-15, 11-5) as Japan ‘A’ lifted the trophy.

Hungary ‘A’ lived up to the first position seeding it was assigned prior to the event by claiming the title with a 3-1 triumph in the final, while the sixth seeds Germany ‘A’ should be content with a second position finish.

The 2017 Polish Junior and Cadet Open concludes on Sunday 28th May. 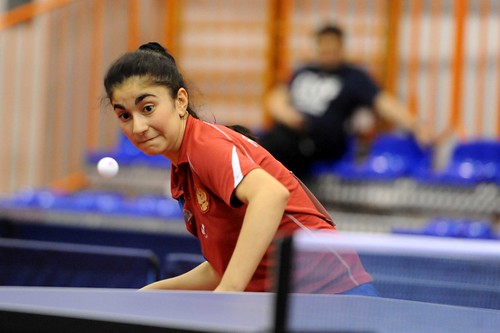